What Can Linux Do that Windows Can’t? 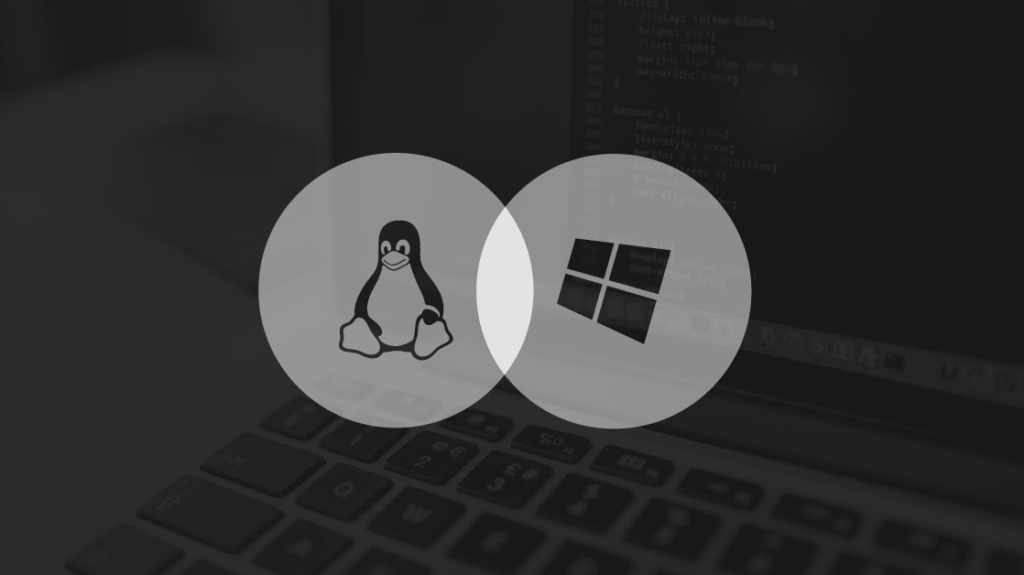 With the recent partnership between Microsoft and Linux, the list of things Windows can't do has shortened a bit. The partnership brought with it bash integration into the Windows OS, which has given users a convenient way to access the shell whenever they feel like it. In short, that means you don't even need Linux to access the shell instance of your flavor of Linux OS.

We argue, however, that a Windows machine that acts like Linux still isn't a Linux box. There are still a few things that just make more sense in Linux. Linux can be used in countless (and creative) ways, so don't limit yourself to our suggestions. Here's our list of things that Linux does, not necessarily much better than Microsoft, but in a different way.

If you are looking for a free-to-use, customizable server OS to install in your home or office, with zero licensing fees (depending on your distro), then a Linux OS is going to be your best bet. Those who are willing to take the time to set up and configure their server correctly will be rewarded with a stable machine that almost never requires rebooting, service restarts, or any maintenance downtime.

There is a reason why the majority of web hosts prefer using the Linux OS in their deployments. It is not uncommon to find servers that have gone a few years without a reboot, so stability is definitely a huge plus when comparing Windows Server products with Linux.

Cost is another factor, with Windows products remaining quite pricey when compared to the pricing that enterprise versions of Linux cost.

Linux will never harass you relentlessly to update

Ever since package management software became popularized by Ubuntu's aptitude system (a frontend to Debian's dpkg), updates have been very simple.

For instance, an Ubuntu system can be updated directly from the command line with a simple "sudo apt-get upgrade." This elevates the permissions of the command to Super User or root, allowing for the system to perform a system upgrade, updating all of the OS components, as well as the software packages and applications that are installed (provided they are maintained and available in the package lists).

This may not sound very impressive by today's standards, as Windows Update allows for system updates automatically or whenever a new update is released. But it is only when you realize that dpkg was initially released in 1994 that we can appreciate just how ahead of the times our Debian friends were. As the software grew more functional with each revision, it eventually led to the development of online software repositories where the OS and applications could be updated to the latest versions of themselves.

Linux is feature-rich without the bloat

Despite all the hoopla about the malware tactics Microsoft employed for everyone to upgrade, Windows 10 is an amazing OS. It's pretty, it's lean on system resources, and it is much more stable than previous versions of Windows. However, if we go back a decade, Linux had the lead on the desktop front before a bloated Windows Vista was thrust upon the world (and, yes, we do still have active Vista training).

Back then, Linux had an appealing aesthetic that drew many users into its ranks. Its functionality, however, took quite a bit longer to evolve. No matter which flavor of Linux you choose, you can enjoy the visual functionality of both Gnome and KDE. You are bound to find that the menus and windows offer a highly functional experience that will boost your productivity once you get the hang of the new system.

Although Linux doesn't necessarily do the desktop any better than Windows, it is still a capable alternative with tons of apps and programs for users to install and use, while looking great and offering a no- or low-cost user experience.

Linux can run on almost any hardware

Whether you have a dusty old laptop in your closet or a decommissioned server in your attic, Linux can easily revive neglected and forgotten hardware.

Even if your machine is 10 years old, it'll likely run one of the stripped down, lightweight Linux distros — or even a purpose-built distro. Examples of these purpose-built Linux distributions are Asterisk for PBX and telephony and Iptables for firewalls.

Sure, you can probably use an old Windows machine (or even a cheap VM) for these tasks. Though, it's sometimes more fulfilling to bring old hardware back from the tech graveyard. Linux provides an inexpensive way to fulfill a specific role requirement on your home or office network and recycling is always a great way to save costs.

Linux changed the world — for the better

Not everyone realizes this, but Android was initially built upon a version of the Linux kernel, allowing for the hardware of mobile devices to communicate with the Android software. We love Android. In fact, we even consider Android to be one of the greatest gifts of the open source movement.

To be clear, Android is not classified as a Linux distribution, it cannot run Linux applications natively, and it's not released on the GNU license agreement. But seeing as how a kernel is essentially the nucleus of the operating system, most people acknowledge that Android is a cousin to Linux, even if it is an increasingly distant one.

Linux operates on most supercomputers

Supercomputers are now the almost exclusive domain of Linux, with 500 of the world's fastest supercomputers in the world now running one version or another of Linux. The OS's customizability, coupled with its efficient resource management, make it an ideal software platform for the customized hardware and cluster arrays that supercomputers are commonly built from.

To be fair to Microsoft, Linux can't do everything

We are in the midst of a change in the computing world. As people have more widely adopted smartphones and tablets as their devices of choice, the desktop environment has gradually begun to contract. This is evident in many instances where Linux distributions that once teemed with software developers now lay unmaintained and discontinued.

Desktops are still essential for most businesses and homes, but the demand for mobile devices has shifted. For those who use a PC for creating content, designing, and writing, then deciding on an operating system is still going to be an important decision. Microsoft is still the enterprise leader — and has a robust certification pathway for professionals.

If your budget allows, then going the proprietary route with Windows and purchasing all of the required software that you need will almost always yield the best results.

However, if you are looking for a fun, DIY approach to your computing experience that will cost you nothing but the time that you put into it, Linux is definitely still worth taking a look at in 2018.