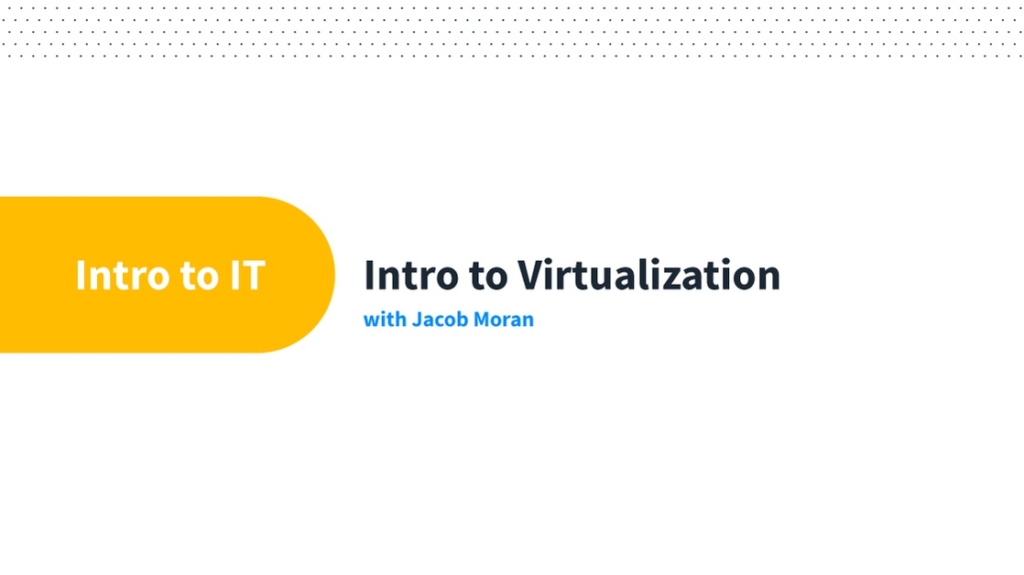 Doppelgängers are completely unrelated people who look amazingly alike. If you don't know what a doppelgänger is, do a Google image search. There are some notable pairs.

For instance, the resemblance between Alec Baldwin and President Millard Fillmore is uncanny. In another case, someone's great-great-grandfather looks exactly like Matthew McConaughey. (He really does.) Your doppelgänger is probably out there, too. (That handsome devil.)

In the IT world, certain network components have doppelgängers, too. In the past, an operating system like Windows was confined to hardware. That means it needed a computer (like the one on your desk or at home) with a processor, RAM, and storage. Similarly, routers and switches used to only live in server rooms (or under a desk).

Thanks to a technology called virtualization, just about all the networking components you learned about in CompTIA Network+ now have a virtualized doppelgänger. Computers have virtual machines. Switches have virtual switches. Routers and firewalls each have their virtual counterpart, too.

The virtual and "bare metal" versions operate so similarly that they're virtually indistinguishable — on the surface. When you're interacting with a virtual machine running Windows 10, it looks exactly like your desktop computer running Windows 10. But, just like those clones walking around out there, appearances can be deceiving. They look the same, but everything underneath is entirely different.

In this Intro to IT training, CBT Nuggets trainer Jacob Moran digs below the surface to show how virtualized network components work, how they're better (sorry, doppelgängers) than their physical counterparts, and why learning virtualization is necessary for just about any job in IT right now.

Video 3: What Virtualization Jobs Are Available?

Video 5: What Virtualization Technologies Are Available?

Video 6: What is Server and Desktop Virtualization?

Video 7: What is Hyperconvergence?

Video 8: What is Network Virtualization?

Video 9: What is Application Virtualization?

Video 11: Virtualization in the Real World

Video 12: How to Start a Virtualization Career