Networking Basics: What is Route Redistribution 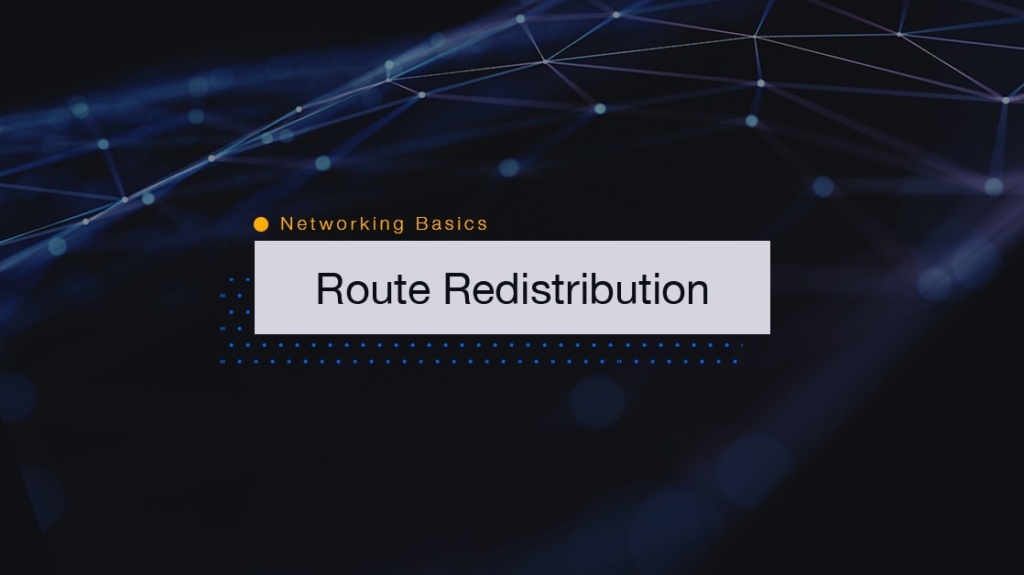 What is Route Redistribution?

Routing consists of more than sending packets from one network location to another. The routing process also includes learning routes and determining the most efficient ways to handle network traffic.

The issue with static routes is that many routes change configurations — and the patch from one router to another often changes as a network grows. You can have thousands of different routes, and if one changes, you could be left manually configuring several routers. This can be a time-consuming process, especially when it comes to larger networks.

A better option is to allow routers to share configurations with neighboring routers. This enables them to dynamically learn the right path for their packets. For instance, if Router 1 is connected to Router 2 and Router 4, it would share its path with both of them. If anything changed for Router 1 in terms of infrastructure, it then would automatically update Router 2 and Router 4, instead of relying on manual configurations.

Several protocols handle router sharing. The most common is OSPF (open shortest path first), which is a general standard. However, some vendors such as Cisco have their own protocols like EIGRP (Enhanced Interior Gateway Routing Protocol).

You can intermingle each routing protocol, and this is why it's important to understand how route redistribution works. You need to be able to determine when and how newly connected networks need new paths.

Route redistribution runs on the router that connects two networks. It's really the main "shared" location between the two networks that translates protocols and routes for seamless integration.

When working with routing protocols and redistribution, you might hear it referred to as mutual redistribution. Route redistribution is the process in which one shared resource maps and translates each route — regardless of the protocol used on different network segments.

Typically, route redistribution is only needed on larger networks. But even small office networks can grow into massive segments that need route redistribution. Think about your own network and its connection to the internet.  Why configure your router when its protocols can handle redistribution and find the best path for its network traffic?

In this MicroNugget, Keith Barker ties it all together with a description of routing protocols, routing basics, and how networks share routes from one one routing protocol into the other.