What is Cisco UCS? 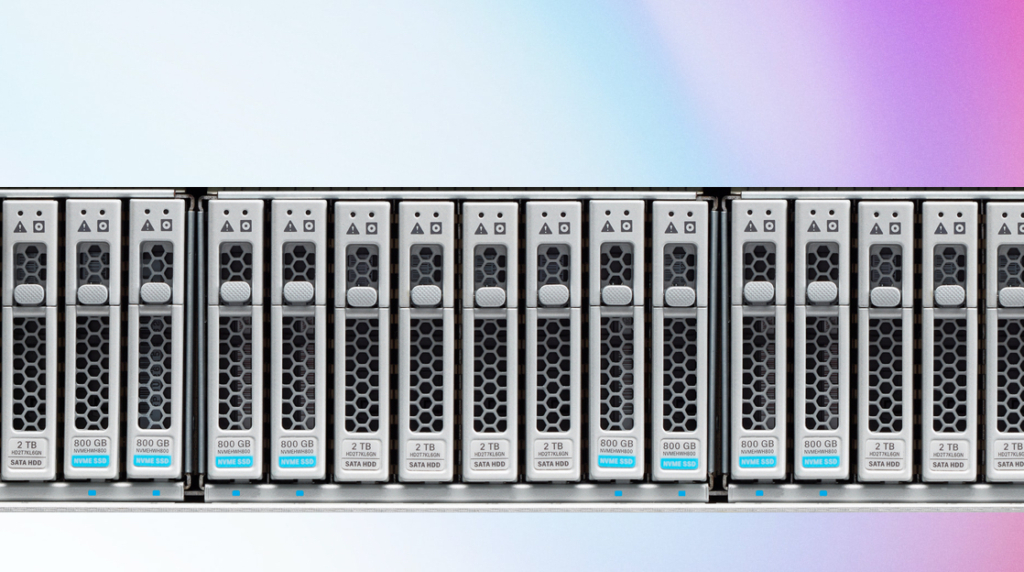 Typically, the acronym UCS is preceded by Cisco. But, of course, other vendors make UCS equipment, too. Cisco isn’t the only company in the UCS game. So, that begs the question, what is UCS? Let’s discuss that today.

UCS is an acronym that stands for Unified Computing System. It’s a fancy way of saying that computer stuff is built to integrate with other computer stuff in a very tight and thoughtful way. UCS architecture is built for the data center. The goal of UCS equipment is to:

For the remainder of this post, we will be referring to Cisco’s UCS product line. Of course, other vendors, like HP and Liquid, also make UCS equipment. Cisco is the most widely recognized UCS product vendor, though. The Cisco UCS product line includes:

Everything we discussed above fits into a small, compact frame about the size of an apartment-sized coffee table. It’s built for ease of use and maintenance. Each blade server easily slides into the UCS chassis and locks it in place. It’s the same process for power supplies, too. The power supplied, blade servers, Fabric Extenders, and Fabric Interconnects all connect together in the chassis through built-in connections without any extra intervention from IT techs. It can potentially take moments to install new servers and equipment in a Cisco UCS rack.

That, in its very essence, is what UCS is. UCS is a tightly managed and integrated system designed to make everyone’s life easier.

Data centers are plagued with issues. They are unnatural storage facilities that we humans need to manage in creative ways. Remember years back when Microsoft experimented with running a data center underwater off the coast? Microsoft tried submerging the data center to reduce cooling and operational costs. As insane as it sounds to run computers underwater, those are the conditions we IT techs need to innovate and work under to maintain these data centers.

Of course, not all of us have data centers the size of Microsoft. So, what are some of the common issues that a typical data center face?

The first is temperature. Data centers are notorious for generating lots of heat. They generate so much heat that many data centers have dedicated cooling systems. We aren’t talking warehouse-sized data centers either. These are small data centers in businesses that are the size of a living room. Imagine the heat output of a Google data center!

Another issue is cabling. Data centers have robust and complex networks. These networks have multiple connections going every which way. Each server and switch are connected to multiple other servers and switches. Data centers do this to create reliability through redundancy. Servers can experience downtime simply because the port on a switch fails. Yet that problem is easy to solve. Simply run another network cable from a second NIC to a different switch on the server.

This creates tons of cable runs all over the facility, though. These cable runs can be amazingly difficult to track when you’re trying to trace a single run through a bundle of 50 cables.

Data centers take up lots of space, too. When you think of a data center, you typically think of a rack roughly 2 feet by 4 feet and about as tall as a room. They don’t seem big until you realize the amount of extra space those racks need.

Each network rack needs a few feet of space in front and behind it. That’s at a minimum. There needs to be enough room for an IT tech to swing a server into it. Those techs need to be able to get to the back of the racks to connect and fix things, too. Extra space is required by the UPS system, the cables, a workbench to unbox items and put things together, and a management system.

Data centers also have other special needs. For instance, you can’t use standard sprinkler systems in data centers. Instead, you need to use a Halide system for fire prevention. Extra space is required for that, too.

We’ve discussed some of the common issues with data centers above. UCS equipment aims to fix those issues. So, how does the UCS model solve those common data center problems?

UCS systems decrease the physical equipment rack’s footprint and the appliances in them. By shrinking the volume of equipment, data centers need less space. That also means that smaller cooling systems need to be used, fire suppression systems are easier to install and maintain, etc.

UCS systems are easier to manage. This point is two-fold. First, equipment like Cisco’s UCS product line has management dashboards and applications built-in. Each UCS rack can be maintained by a single piece of software. Making changes to the network, VLANs, Fabric Interconnect settings, and even the blade servers themselves happen in one place.

A single management dashboard also reduces the workload for IT techs. Organizations don’t need multiple techs with different specializations to administer UCS racks. These systems can typically be run with a smaller staff.

Second, it’s much easier to swap equipment in a UCS system. For instance, in the Cisco B-series UCS product line, power supplies are accessible from the outside of the rack. As a result, they don’t require disconnecting multiple cables or opening the system to replace either. The same is true for the blade servers as well. Blade servers can be easily carried and exchanged by a single tech.

Most importantly, UCS systems reduce the amount of cabling and complexity in systems. For example, a UCS rack can be diagrammed as a single unit. Likewise, different servers, switches, and storage systems won’t be connected by various cables and switches in a complex configuration. Instead, all of those components are interconnected from inside the UCS chassis. Installation and management are simplified because of the built-in nature of UCS components, too.

Read this article as a long-form definition of what UCS is. Then, if you want to learn more, check out Cisco’s UCS documentation. They have a lot of information to dig into. CBT Nuggets also has a Cisco UCS fundamentals course. That’s both the easiest and quickest way to learn how to install and manage UCS equipment.

Though we mentioned Cisco in this article, other manufacturers have UCS products. The critical thing to understand is that a UCS ecosystem can make IT systems’ installation, maintenance, and management process much less complex. There are a variety of UCS products that offer different features, though. So, make sure the UCS vendor you choose meets your organization’s requirements before investing in a specific UCS ecosystem.