Is a NVMe Faster Than SATA Hard Drives? 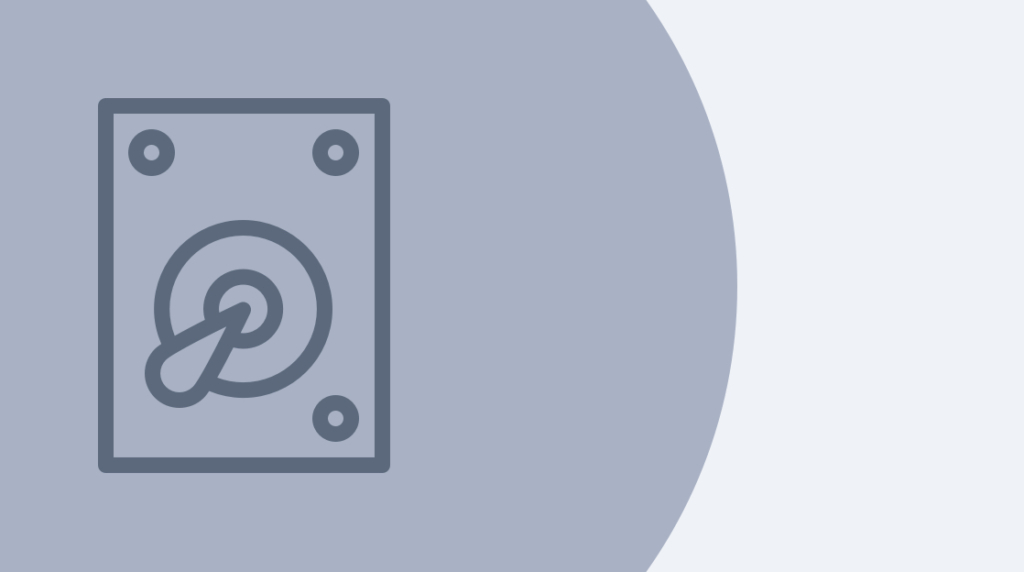 Device storage speed can have a huge impact on productivity. Though other system components, like the amount of memory or the type or processor in a system, can affect the performance of a computer, fast storage can dramatically improve how fast documents save and open and how quickly an operating system responds. So, a lot of consumers and businesses will ask if NVME is faster than a SATA hard drive and whether the additional cost is worth the performance.

Is an NVME drive faster than a SATA hard drive?

NVME drives typically offer faster performance than both solid-state SATA drives as well as mechanical SATA drives. Though there are different types of NVME drives, NVME drives communicate through the PCI Express bus in a computer which allows for faster throughput speeds than the more traditional SATA interface. This eliminates the bottleneck that the SATA interface imposes on storage devices allowing the non-volatile storage memory used in NVME drives to operate at its maximum speed.

In the beginning, there was PATA.

Cheesy movie puns aside, before there was SATA, there was PATA. PATA stands for parallel AT attachment (ATA). Just like SATA, PATA is also compatible with legacy ATA protocols. PATA used a parallel communication method on a 16-bit bus using either a 40- or 80-pin cable.

SATA stands for serial AT attachment. It's designed to work with higher signaling rates for faster data transfer speeds, supports hot-swapping, and can optionally support I/O queuing. The cable used to connect SATA devices is also much smaller and shorter in size and length. Making this switch helped improve airflow which, at the time, was a growing issue as PC components became much hotter.

Likewise, the ability to hot-swap storage devices was extremely critical for some applications. For instance, if a hard drive fails in a server environment, it is much easier to remove and replace a SATA-based storage device without the server experiencing downtime and affecting business operations.

What Types of SATA Hard Drives are There?

SATA drives come in all shapes and sizes. You must remember that SATA is nothing more than the kind of plug a drive uses. Different types of drives can use the SATA interface. Despite this, SATA storage devices typically come in one of three types.

Traditional mechanical hard drives are the slowest types of drives. That's because data can only be read once per revolution (each spin). This inherently creates latency as the hard drive must wait for the platter to spin a full circle before it can read the next bit of data.

Solid-state drives are hard drives that use non-volatile memory similar to RAM for storage. Solid state drive types can use different kinds of memory and can run at different speeds, so how fast they are is very dependent on numerous factors.

Nonetheless, because solid-state drives use memory to store information, they are almost always faster than a traditional mechanical drive. That is because the drive controller for solid-state drives can read data without waiting for physical parts to finish moving. They only need to access the on-board memory to retrieve data.

How does a Data Hard Drive use NCQ?

Both traditional mechanical and hybrid hard drives use something called NCQ. NCQ stands for native command queuing, and it was not possible until the SATA spec was released in 2003.

Before NCQ came along, a platter-based hard drive simply read and wrote data in the order that it was received by the controllers in the computer. This was not very efficient. So NCQ was created.

I bet you read that sentence and your eyes went cross for a quick second. It's a little obnoxious to read and equally as obnoxious in operation. Before NCQ came along, this is how mechanical hard drives worked.

NCQ queues data in a more efficient way. The drive controller takes a request for data that needs to be saved or read from the magnetic platters in a hard drive and organizes them based on efficiency rather than the chronological order those requests were made. Implementing NCQ almost doubled the efficiency of mechanical drives after it was first introduced.

Do all Data Hard Drives use NCQ?

As common as NCQ is today, not all drivers use it. Nor do you always need NCQ. For instance, if you are using a mechanical hard drive to store video files for a NAS or camera system, the drive won't benefit from NCQ that much. That is because both reading and writing large data files, like videos, to a drive is a very sequential operation. Otherwise, the data is already naturally queued in the most optimized way simply because the file is a large file and the drive needs to work with that one file by itself before moving on to another request.

That's an important consideration to take when purchasing mechanical drives. You need to consider what that drive will be used for. Purchasing data storage drives without NCQ can save a little money for each drive. When you are purchasing a bunch of drives for something like a SAN or NAS, though, that little bit of money can add up quickly.

On the other hand, if you are purchasing a mechanical drive for a machine used for work, it is worth the extra cost to purchase a drive with NCQ.

When solid-state hard drives first entered the mass market, that was a concern. We simply did not have enough data to understand whether those concerns were valid. Today we understand that solid-state drives will typically outlast the usefulness of many computers, though. Through a variety of tactics, like wear-leveling support, the usable life of a solid-state drive can easily be 10 years or more for general consumer or business PCs.

What is eMMC Storage?

eMMC storage can be considered a type of solid-state hard drive. In fact, it still uses a non-volatile memory scheme like SATA-based SSD hard drives and NVMe drives. The difference is the type of memory it uses, though. eMMC storage drives use a much slower, cheaper form of memory for storage (flash memory instead of NANd memory). Unfortunately, eMMC memory can often be slower than a traditional mechanical hard drive. Its only benefit is the amount of space it requires for a computer. If at all possible, it is recommended to not purchase a device that uses eMMC memory.

NVME stands for non-volatile memory express, and it is a faster alternative to the SATA interface. As SSDs became faster, they were severely limited by the throughput that the SATA interface offered since SATA was originally intended for mechanical hard drives. Instead of connecting through a serial bus controller as SATA does, NVME SSD hard drives use the PCI Express bus to communicate with the system.

The first NVME spec was released in 2013 ten years after the first SATA spec was released. It didn't start to receive more mass adoption until the mid-2010s, though. Before that time, NVME drives were typically used in servers and HPCs (high-performance computers) through specialized PCIe adapter cards. Though they are still used with these specialized PCIe adapter cards, NVMe drives can commonly be found in the M.2 form factor. The M.2 form factor is common with both laptops and desktop motherboards today.

Should You Buy an NVME or SATA Hard Drive?

The short answer is if possible, purchase an NVME drive for a computer. The prices of NVME drives have fallen considerably in the past few years making them competitive in price to even mid-tier SATA SSD drives. Likewise, NVME drives offer superior performance to traditional SATA-based SSD drives, hybrid hard drives, and traditional mechanical hard drives.

Of course, the answer is never that simple, though. So let's break down a few different use cases.

Should You Buy an NVME Drive for Servers?

Servers can be tricky beasts when choosing hardware for them. Server hardware is used for a variety of different applications, so you need to think about both current needs as well as future expandability as well.

Depending on your current server hardware, you may not have the option to use NVME drives. You will need to check the hardware compatibility of your server with the manufacturer.

Another thing to consider is that because NVME drives use the PCIe bus, you'll need to ensure that you have enough PCIe lanes available for the amount of NVME SSDs that you intend on installing into the server. Otherwise, you may flood the PCIe bus and cause throttling issues in the server.

NVMe drives are a must for servers that require high-performance storage access. For instance, if your server is acting as a storage device for storage over fiber in a SAN environment, especially when used in a virtualized environment, NVME drives over fiber can have almost as good performance as having that NVME drive installed in the remote computer locally.

On the other hand, if your server is used for backup purposes or does not have high-performance requirements, it may be a better choice to use traditional mechanical drives or SSD SATA-based drives. Traditional mechanical and SSD SATA drives are still more affordable, can have potentially longer life spans, can offer larger storage capacities, and produce less heat. This is an important thing to consider in a data center environment.

Should You Buy an NVME Hard Drive for a Computer?

If your computer was produced in 2018 or later, there is a good chance that it does support NVME drives through an M.2 slot. In this case, it is recommended to purchase an NVME hard drive for your computer. The prices of NVME drives have significantly fallen in recent years. Due to their price and performance, even a mid-tier NVME drive can drastically improve the performance of a computer system.