How to Use Cron & Crontabs to Schedule Linux Jobs 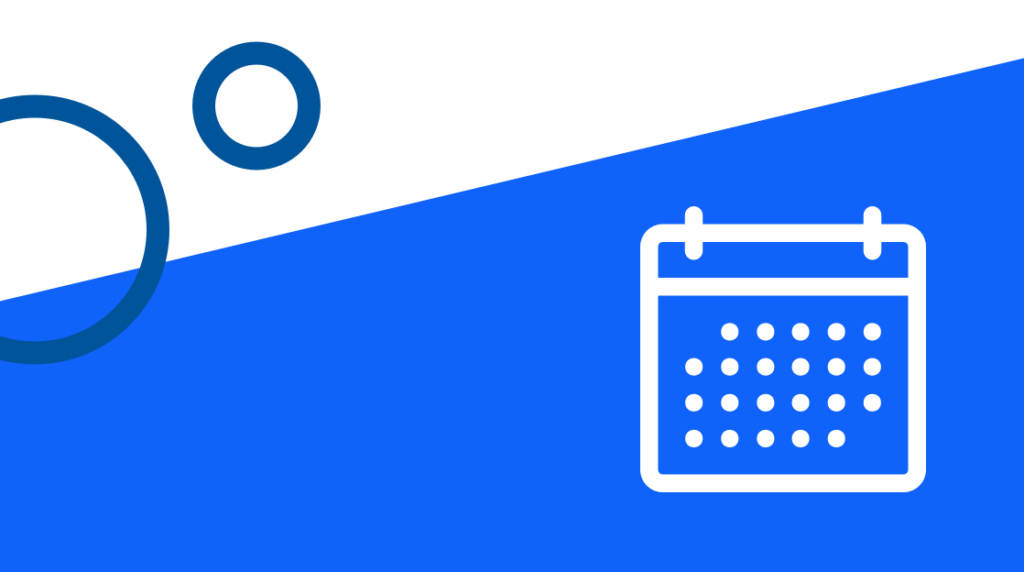 Building web apps or automated infrastructures likely means you'll want to create repeated, automated tasks. All operating systems have a mechanism to do this, but in this post we are going to be focusing on Linux.

Linux is often the OS of choice for the backbone of the internet. It powers our web servers, switches, and most of our cloud infrastructure. So, it's super handy to know how to schedule repeated tasks in Linux. Let's take a look using Cron to create and schedule tasks within Linux environments.

What is the difference between Cron, Crontabs, and a Cronjob?

Cron is the application in Linux that runs scheduled jobs. It works in the same way that Task Scheduler would in Windows but is in many ways easier to configure. Cron runs as a daemon, the terminology used in Linux to describe services. The name Cron itself comes from the Latin word for time.

Crontabs are the configuration files used by Cron to run services. Crontabs hold the configurations for which service to run and when it should run. Services are nothing more than an execution path to a script or application with possible additional commands.

Cronjobs are the individual entries in that Crontab file. The Cronjob is the act of running the service itself. So, if someone tells you to adjust the Cronjob for a service to only run once a month, they are saying to edit the specific Crontab entry for that individual, scheduled job.

How Do You Configure a Crontab?

As we mentioned above, the Crontab is the configuration file used by Cron to run services.  There is one crontab per profile in the Linux environment. Each line in a Crontab file is a different entry for a specific job. Let's discuss the parts of a Crontab entry and how to create one.

Each line in a Crontab file will look like this:

Each one of those asterisks in that command designates a marker in time. There are always five entries (five asterisks). Those five markers in time denote in order:

Each of those spots must have an entry.  For example, if you wanted to create a service that ran every single minute, your Crontab entry will look like this:

On the other hand, if you wanted a service that ran once per hour, your Crontab entry would look like this:

That seems a bit backward, doesn't it?  Why are we adding an entry in the minute mark instead of the hour mark if we want a service to run once per hour?

The answer is surprisingly simple. The asterisk denotes a wild card, so anytime Cron encounters an asterisk in the Crontab entry, Cron runs that Cronjob whenever the timing would match. In this case every single time. By adding an entry at the minute mark only, we are telling Cron that we want that Cronjob to only run on the first minute of every hour. However, since there are wildcards in the rest of the spots, any time that first minute of the hour is encountered, any other time is fine. This would be the same reason we have all asterisks in the other entries listed above.

For one more example, how would we create a CronJob that only runs on the 30-minute mark every hour of the day but only on the 13th of every month?  In that case, your Crontab entry will look like this:

How Do You Create a Cronjob That Runs Every 30 seconds?

I'm sure you've spotted an issue here. Cron has a limitation to how often Cronjobs can be configured in the Crontab configuration file.  What happens if you need to run a service every 30 seconds?  In that case, your Crontab entry will look like this:

This brings up an interesting scenario here. Knowing how Crontab entries are entered using the time markers from the section above (there are asterisks in each time marker), we know that Cron will run this Cronjob every single minute of every hour on every day of the month. Cron jobs always start at the very beginning of the minute/hour/day/week, etc…

In this way, Cron will execute our command once at the very beginning of every minute while also waiting for 30 seconds and then executing it again.

As we mentioned above, each Linux profile has its own Crontab configuration file. Cron will run the Cronjobs listed in that Crontab file with the permissions of that user profile for that Crontab configuration file.  So, if you need a Cronjob to run with root privileges in Linux, you need to edit the Crontab file with elevated privileges by using the SUDO or SU command (depending on the version of Linux you are using) first.

How do I Add a New Cronjob to Crontab files?

Now that we know what Cron, Crontab, and Cronjobs are, let's put it all together and add a new Cronjob to Cron.

First, let's enter the command line argument to edit the Crontab file.  This is the 'crontab -e' command. Don't forget, we need these Cronjobs to run with root privileges, so we need to escalate our command-line environment first:

We used Nano in that example above, but you can swap it for Vi or any other text editor.  Likewise, you can omit the text editor and the Crontab application will ask you which editor you want to use by default to edit Crontab files before opening the file to edit.

Once you open the Crontab file, you'll see a screen similar to this: 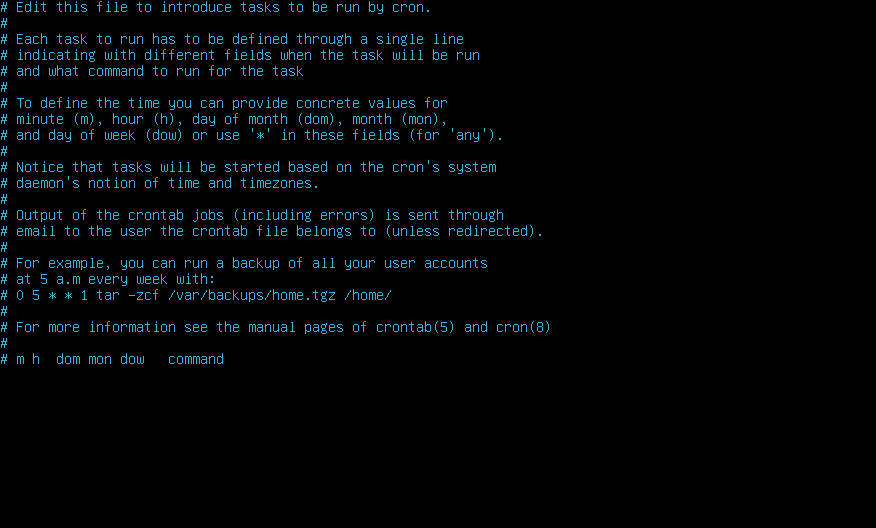 Now we need to add our entries to Crontab. Don't forget that each entry is a new line in the Crontab file. We'll add the following three lines:

The first two lines are straightforward. Because there is a wild card in each time marker in the Crontab entry, Cron will run each of those lines at the beginning of each possible minute. Because the second line has that Sleep command we discussed above, Cron will pause for 30 seconds before executing that shell script. The shell script command itself also includes the path to the shell script. Cron has no concept of circumstances, so you need to include the full path to the command or shell script you want it to run unless that command or shell script has an environment variable in Bash linking to it globally.

The last line is straightforward as well, but let's talk about a couple of the "gotchas." Note that we entered 30 in the minute mark of that Crontab line. That tells Cron that this command should only run at the beginning of the 30-minute mark of each hour.

More importantly, note how we structured the command for this line. It's using the standard Linux remove (rm) command, so what's so special about it?

First, we added that recursive flag (-R). Though we aren't expecting there to be sub-directories to be created under that temp folder, it's safer to add that flag just in case.  That eliminates any possible errors later.

And that's it! Now you can confidently update and add jobs to Cron.