5 Errors That Will Slow Down Your Wireless Network 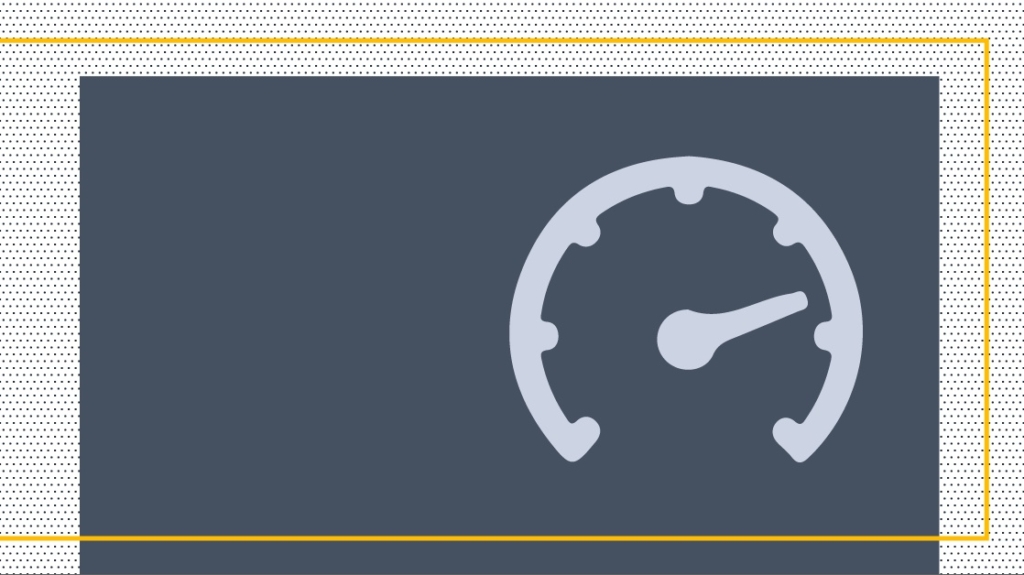 The holy grail of networking is speed, and we're all on our own quests for it. The greatest laid plans can be thwarted by the slightest oversight, mistake, or even necessary processes (like security). Internet speed is the most forward-facing utility that you provide, so you better get it right. If your network runs slow, you're never going to hear the end of it.

Here are five mistakes that even veteran networking professionals can fall victim to.

1. It's all about placement

It's the central fact of real estate, it's the core principle of sales, and it's a central lesson in wireless access points: location, location, location. Obvious, right? Where you put the broadcast device really matters for your network speed.

You might know that intuitively. But how many of us are guilty of installing the WAP in the nearest convenient spot? When you set up your network, did you work out the ideal broadcast locations, heights, and distances for your pieces of hardware?

Most vendors recommend placing a wireless access point in an open, central location away from thick walls. Don't put it on the floor. Those signals can get absorbed by flooring. Don't hide it either. If you can't see it, the harder your WAP needs to work to talk to your devices.

And you know what else to avoid? Windows, television sets and fish tanks – water is kryptonite for those things.

Most WAPs come out-of-the-box with the settings they need to do their job. But so does every Windows installation and your newest phone. Did you leave those settings the same? Of course not. (You did? You monster.)

Default settings will work fine. But they're everything for everyone. You may be unnecessarily slowing your network down to accommodate protocols you aren't even using. Fine-tuned controls are the hallmark of enterprise networking equipment from Cisco, but even Ubiquiti equipment have pretty good control.

There are a few common culprits that will slow down your network.

WEP/WPA encryption. Older security protocols, like WEP and WPA, might slow individual connections to a crawl. That's because of their TKIP encryption methods. Don't bother with the WPA/WPA2-mixed mode, or you'll run into the same issues.

Channel bandwidth. It's a common misconception that simply bumping channel bandwidth up from 20MHz to 40MHz will make your network faster. That's somewhat true when talking about 5GHz networks, but actually the opposite of what will happen at 2.4GHz. Use 20MHz when on the 2.4GHz band, or you'll be actually causing problems rather than fixing them.

Video streaming. Who doesn't love YouTube? Well, your network may not. Throttle functionality and services that can be prioritized under things like teleconferences or video streaming. Even WMM — Wi-Fi Multimedia — support can help ensure the multimedia you need for your office stays the fastest.

CBT Nuggets trainer Keith Barker covers all these topics in his CCNA Wireless training. For a look into building and configuring a business network with Ubiquiti equipment, Jeremy Cioara has an IT Expert course on the topic.

There's something to be said for that server still running Server 2000. It's been running flawlessly since before you joined the company. It's actually been running since before you graduated from high school. That's fine for some equipment. However, if you're not keeping your networking equipment up to date, you're just asking for speed and security issues.

Watch for end of life dates for hardware. When manufacturers move onto newer models, they often stop updating their older machines. Speed might be the holy grail, but that doesn't mean you can ignore things like safety and security.

Each new generation of access points gets things right that were problems only a few years ago. 802.11ax is a prime example. The new standard is poised to deliver big gains in speed — even in high-density environments. When it finally comes out, you'll probably want to upgrade. In fact, you may even want to hold off if you can. In the meantime, you're probably good with just about any enterprise (or even prosumer) access point on the market. Of course, that depends on your individual situation.

There's also the opposite problem. Keeping too up to date with technology is expensive. It's rarely worthwhile to update the hardware you bought brand-new last month for the newest model out this month.

Sometimes the simplest solution is best. Sufficient bandwidth is obviously necessary for speed. However, if you're relying on bandwidth upgrades to fix all of your speed issues, you'll be scratching your head as you add Gbps after Gbps and barely see the needle move.

Latency is frequently a much bigger factor in networks than most people realize. You should understand the ways latency piles up to slow your machines down. Four major factors contribute to latency: delays in propagation, serialization, queuing and processing.

In a small office, you probably don't have to worry about propagation, but in large networks, you will. For example, if you're using multiple data link protocol, serialization delays can eat away at your latency while the multiple data modes translate to one another.

Queuing delays can be the most variable issue on a network, and overprovisioning bandwidth can be wasted if you don't know the average and maximum loads on a network. Careful analysis of a network's usage and load is needed to tackle queuing problems.

Processing delays can vary depending on software-based or hardware-based routers. But they're usually static delays that have to be accounted for, and the more devices on the network, the greater the delay.

Network performance can't be boiled down to one number. Trying to do that would be like trying to boil down your commute time to your car's top speed. For one thing, you never reach that speed — ever.

Network performance is the same way — understanding it properly means understanding it holistically. Port utilization, link utilization, and client usage are all variable factors that can contribute to your overall network speed. You should be monitoring each of those individually, and evaluating the variables that affect them individually. Learn tools that analyze network performance and use them.

The big picture of your network — aka your car's top speed — is a good starting point and a good backdrop. But you also have to understand the finer details of your network speed, latency, delay, and utilization.

Network speed. We all want more. It should go without saying that this is an overview. Different work centers, offices, WANs, and even homes require different networks, settings, and speeds. We couldn't possibly troubleshoot every network's speed issues. However, the five Kills we discussed are pretty common — and usually a result of human Kill.

It's only a matter of time before 802.11ax, the newest WiFi standard, becomes mainstream. It promises better speed, coverage, and the ability to accommodate more and smarter devices. Only the newest hardware and few devices will be able to accommodate this new WiFi 6. So, if you want to make the jump to new standard, keep these five Kills in mind when the time comes.