Going Beyond Servers with PowerShell 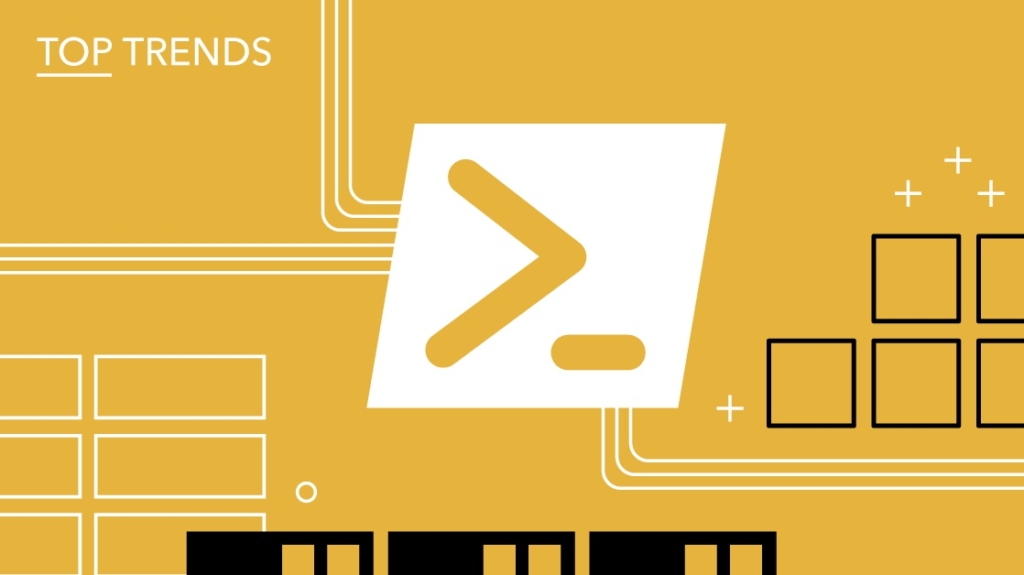 And if you already use PowerShell, that may be how it makes you feel, like you have something to throw at any problem. (By the way, here's a Mario Powershell theme, so you can even have the sound effects.)

If you don't use PowerShell, and you're working with Microsoft platforms, you should be. You can use PowerShell for so much more than just installing and configuring SharePoint.

Here's why we think you should be taking the time to learn more about PowerShell, and where we think that it could take your future.

At its core, PowerShell is a platform and scripting language built on the .NET framework for managing and automating tasks in a Windows environment. Most commonly, PowerShell users execute tasks with commands, or cmdlets. PowerShell can also be incorporated into custom tools or other applications via API.

While it's been around for about a decade, PowerShell became open source and cross-platformfor the first time this year.

For more information on PowerShell, whether you're a seasoned user or just getting started, we have a variety of resources to get you up to speed.

The first version of PowerShell as a core component of Windows began shipping in 2005 and gained widespread use because of its obvious timesaving and task-simplifying benefits.

In recent years, however, some tasks that were previously able to be completed via a GUI began to require the use of PowerShell. Even as far back as 2008, tech publications were posting pieces about things you can only do through PowerShell.

Now, many current Microsoft server products are designed so that admins must use PowerShell to complete common management tasks. We even consider PowerShell 5.1 to be the missing link to Microsoft components in a diverse DevOps environment.

Beginning with Windows 10, Microsoft even replaced the basic Command Prompt with PowerShell in some parts of the operating system. While Microsoft isn't removing the Command Prompt from Windows altogether, the fact that it's replacing the default shell launched by File Explorer shows that PowerShell is moving more into the forefront.

So why the push? Consider that for the past several years, Microsoft has been pushing a cloud-first message. The company's products and services are increasingly oriented toward cloud infrastructure, and PowerShell is no exception. As Simon Bisson put it, "You can't point and click in the GUI of every one of millions of physical and virtual servers. Instead, you have to automate every action, building scripts and services that can manage infrastructure and applications at scale."

With the increased focus on PowerShell, there has been much discussion around PowerShell and security — both the security of PowerShell itself from attackers, and also how PowerShell can be leveraged to increase security in an environment.

Due to PowerShell's extensive capabilities, it can be attractive to those looking to exploit it with malicious intent. PowerShell has its own execution policy set to default to not allow scripts to execute automatically, which protects against some vulnerabilities. However, admins should take care to create additional security measures as needed, such as deploying AppLocker security policies or delegating limited admin privileges.

All of PowerShell's potential can also be harnessed to automate and execute difficult or laborious security tasks. The Security Module contains cmdlets to manage basic Windows security features, for example. Admins can use PowerShell to audit Windows security policy settings, access security event logs, and more.

The Future of PowerShell

In 2016, Microsoft announced that PowerShell is now open source and available on Linux (along with Windows, of course, and Mac OS). This marks a new milestone in Microsoft's shift toward more open, cross-platform, innovative offerings. Some would say it's not altruism. Instead, it's a move that allows Microsoft to compete in an increasingly unsiloed environment.

In any case, IT pros still reap the benefits.

With PowerShell available on Linux through GitHub, users can now integrate PowerShell even more with their existing tools and platforms. While the PowerShell community has always had a strong influence over development, the move to Linux shows the collective voice that users can continue to use to contribute to the future of PowerShell.

Microsoft has successfully established PowerShell as central to administration and management of their enterprise products, and that will only become more apparent as time goes on. Expect to see PowerShell capabilities continue to outpace some GUIs, as well as integrate with more third-party tools and platforms. Now is the time to embrace PowerShell.

It can be a great benefit to your current environment and your future career, now and in the future. Not a CBT Nuggets subscriber? Start your free week now.