What are IPv6 Summary Routes? 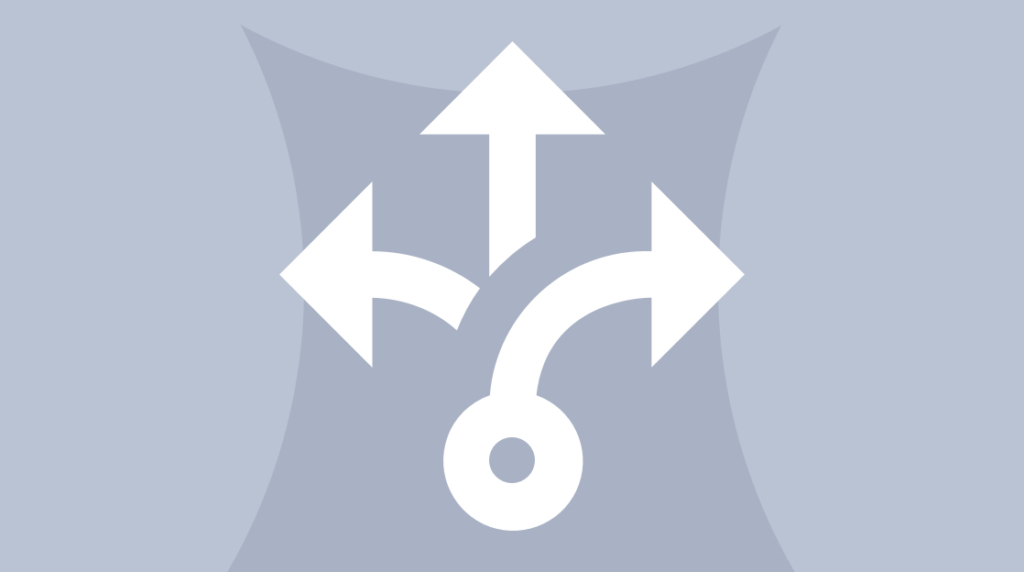 If you're trying to understand IPv6 summary routes,  think of them like looking for something in a grocery store. Maybe you want to make something uncommon like miso soup and you don't know where to find the miso. You ask a clerk where you can find miso, but the clerk doesn't even know what miso is. The clerk might not know what it is, but they tell you where to find international ingredients: Aisle 4. Once there, you navigate aisle 4's shelves and sections, you narrow down to Asian ingredients, then Japanese ingredients and, finally, miso.

IPv6 summary routes do something similar for packets navigating networks. Networks with millions of devices have way too many paths for every router to know exactly how to find every device. So instead, routers know which general direction a packet should head in. Obviously, the analogy to the grocery store isn't perfect, because in a network there would be routers along the way that have increasingly specific knowledge of how to find specific devices. That said, in this blog post, we'll go into a bit more detail on how IPv6 summary routes work, and how to configure one.

What are Summary Routes?

Quick Definition: A summary route is the combination of multiple IP addresses for the purposes of reducing memory load. By default, individual IP addresses get advertised by routers and added to routing tables, but that takes up space and memory. Route summarization is a process of bundling addresses and advertising them together with a shorter, less-specific subnet mask. The nature of summarizing routes means it can only be applied to contiguous addresses.

In this video, Keith Barker covers how to implement a summary route in an OSPF Network with IPv6. Learn what a summarization is and reasons why you should consider implementing one. Keith follows this up with a walkthrough of how to create a summary route, then verify that it's been successful.

Why are IPv6 Summary Routes Necessary?

If you think back to our grocery store example, you might think that the clerk's answer wasn't helpful. If you're in a hurry for your miso, you might think that being told,"try over there" is just slowing you down. But imagine the alternative: the clerk knows the exact location of every product in the store. That could lead to long lines of every customer asking the clerk where to find every ingredient they came looking for. You'd never get your question answered in time.

Instead, the clerk has a general sense of where to start your search. And maybe once you get to the right aisle, there's someone stocking the shelves who has specific knowledge of that aisle. Routers have similar jobs, and they're not just dealing with one store — they could be interfacing with millions of networks, each with millions of their own devices. That's far too much information for all devices everywhere to store. Summary routes get each packet moving in the right direction, and they can get increasingly specific instructions as they go along.

How to Configure IPv6 Summary Routes

In order to describe how an IPv6 summary route gets configured, we have to first visualize a hypothetical network. We recommend using network virtualization for practice. We're about to explain how to configure IPv6 summary routes, but first we should have a strong idea of the network destinations we'll be summarizing.

Obviously, we're not going to simulate an entire IPv6 network. On an average IPv6 network, we could have millions of networks. But in a real-world environment, to avoid having millions and millions of routes, we can have summary routes that get us in the right direction. And we can simulate some of the top-level decisions those routers have to make with our hypothetical network.

The addressing schema for our overarching network is 2001:db8: 6783:X::/64. We have a backbone connection between multiple areas which we're calling Area 0. Area 0's router is called R1. One of the areas that connects to Area 0 is Area 45. And that's where we'll be focusing. Area 45's connection to Area 0 is by way of an Area Border Router (ABR) we'll call R2.

Inside of Area 45 we have two routers, R4 and R5. Under them are two networks: Subnet 45a and Subnet 45b, respectively. Their actual addresses are:

Now that you're imagining that network, go further and imagine that each area represents thousands or even millions of devices. Just try and imagine what Area 0's router, R1, would have to do if it was responsible for getting every packet to its specific destination.

In just a moment, we'll take a look at R1's actual routing table. We'll see that as it stands currently, it has the full, 64-bit routes to R4 and R5. That means that R1 is taking up valuable routing table space and processing power keeping detailed instructions on how to reach two subnets that are a number of hops away.

How to View a Router's Routing Table

To see the routing table before we configure IPv6 summary routes, we'll need to navigate to R1's console. Again, we encourage you to set up a virtualized network of your own and actually go to your router's configuration console. Once there, type:

What we've typed there is a small filter. The section before the first pipe: "show ipv6 route ospf" will display all the routes in that router's table. The section after that first pipe that reads "inc 45A|45B" is an include which instructs the output to filter for only those lines which include "45A" and "45B".

But the key thing to look at is that they're both /64s. The routing table is holding the full address to both routers, even though they're sequentially next to each other and follow nearly the exact same path. That's what we want to fix with configuring IPv6 summary routes.

What Happens During IPv6 Route Summarization

The IPv6 route summarization happens when we tell R2 — remember that R2 is an Area Border Router (ABR) — to advertise a summary to those destinations rather than their individual detailed routes. The work happens on R2. The ABR holds back information regarding those two /64s and advertises only a summary.

It's worth spending a little bit of space going into the bits of the addresses themselves. Let's remind ourselves of the two subnets' IP addresses:

What that means is that everything that comes before the final "0" in A's address and "1" in B's can be summarized. That's the only bit of data that's different between the two.

So, the summary we're going to have our Area Border Router send to our backbone router will be 2001:0DB8:6783:045A::/63. 63 indicates that the high order 63 bits are in common. The most important part for this discussion is that this is the appropriate summary that R2 should use to summarize the 45A and 45B subnetworks.

How to Configure IPv6 Summary Routes

Configuring IPv6 summary routes is surprisingly easy. It's as simple as instructing your ABR to advertise a shorter route than the full address. In our case, we'll go to R2's console and inform it what summary address to use for Area 45, press enter, and it'll be done. After that, R2 will advertise the summary and suppress more detailed routes. R2 has to do the heavy lifting here because all the configuration for the summary is on R2 for those two networks.

In our hypothetical network, R1 will have one less route to keep track of. Before writing the summary, R1 was listing addresses to both networks and after it will have one summary route that's referring to both the detailed networks. That might seem like a small change, but played out on a much, much larger scale, this could be saving hundreds and thousands of routing table lines.

Go to R2's console to configure your IPv6 summary routes. Start by going to configuration mode:

It's never a bad idea to double-check that the router you're about to manipulate is, in fact, the right router in your network:

The table that outputs will help you to confirm which interfaces are connected to what, and whether it's the device you want to configure. This is a good "sanity check", since it's hard to do a summary for an Area you're not connected to.

Once there, you'll specify a few things. First, the area you want to do the summarization on. Second, what the summary will be. Do that by typing:

You may be surprised to learn that's all it takes to configure IPv6 summary routes. Checking your work and verifying your configuration is just as easy.

Taking the size of your network into account, OSPF should already be converted. That means you can go back to R1's console and give it the same command as before:

If everything has gone well, this should show you that you now have one inter-area route. Not only that, it's no longer 64 bits, it's 63. The best part is this: that /63 correctly represents both subnets. And having route summarizations doesn't mean you've lost connectivity to devices down in that network.

To check whether or not that's the case, you can do a ping to a router on that network. We happen to know that R5 has an IP address on that subnet. It's :5 in our setup. Ping that on R1's console:

Not only did that work for us, but it could also be verified with a trace:

The output of that trace can help verify just what's happening from R1 to R2 to R5 all the way down to that address. If your trace looks like ours, you should see that R1 is sourcing, it's going to R2 and R5, and that's indicative all the way down of the IP addressing schema that we're using.

In just a few lines, we created and verified a summary route that represented two more detailed routes. Now, just saving one routing entry on a local topology isn't a big deal. But in a larger environment, like the internet, with IPv6, we could have a single route that represents 10s of thousands of more detailed networks. And the concept of summarization applies to IPv4 and IPv6.

If you're interested in other routing topics like this one, there's a lot more to learn.CBT Nuggets' TCP/IP IPv6 course covers routing essentials and objectives you'll find on CompTIA's A+ certification. There, you'll find over 24 hours of training with 54 videos that explain routing and networking fundamentals in detail.