SpaceX Starlink: How Does It Work? 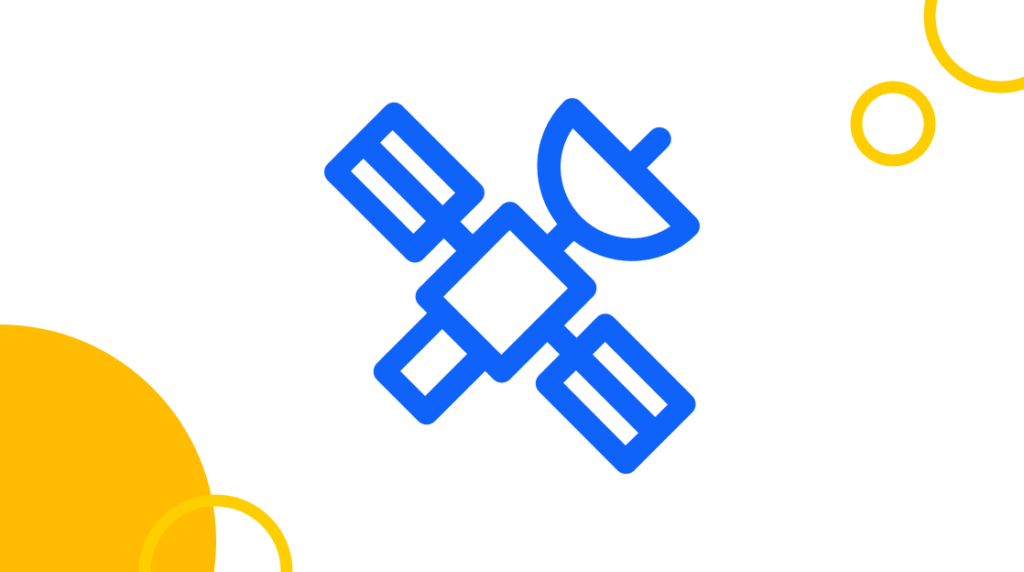 Starlink is a worldwide project that aims  to provide high-bandwidth and low-latency internet connections to people living in rural areas or without access to traditional infrastructures, such as cable and fiber-optic connections. SpaceX is achieving this with a distributed network of satellites hovering in very-low Earth orbit (VLEO). Sounds crazy, right? Let’s look into the world of satellite internet and find out why Starlink is such a promising project.

Starlink is a satellite internet service, similar to HughesNet, Dish, and others around the world. Starlink’s competitive advantage is that it can provide speeds and latencies that none of their competition can — and for a competitive price, too. Starlink is making this possible through advanced wireless technologies, innovative satellite design, and strategic partnerships with companies and organizations. Starlink provides broadband internet over an encrypted satellite connection, using a network of ~1,600 satellites in VLEO. Starlink provides speeds of up to 50Mb/s and sometimes even 150 Mb/s. Connections to airborne vehicles have even exceeded speeds of 600 Mb/s.

Broadband connections provided by Starlink achieve minimal latencies, due to the very low earth orbit, and are clocked around 25ms round-trip. Starlink currently maintains five ground stations that beam traffic back and forth between the satellites in the sky and local internet exchange (IX) points. In the future, Starlink will construct ground stations for internet exchange at Google data centers around the world.

Users in the United States, Canada, the United Kingdom, Germany, New Zealand, Australia, France, Austria, and the Netherlands can sign up for beta access as of 2021. All someone needs to sign up is to enter their address on the Starlink website, take delivery of their equipment, and set up the connection with the Starlink smartphone app. Each user gets a hardware kit including:

SpaceX has focused much of its efforts on the functionality and user experience of these ground stations. Everything a subscriber needs to connect ships in the box and all of the components come pre-connected, right out of the box. All the subscriber needs to do is mount the antenna, run the cable inside, and plug their router into power.

From there, they configure their WiFi network with the companion app while their antenna is acquiring a satellite connection, and within minutes they are ready to surf the web and stream movies. The cable from the router powers the dish and carries the data connectivity back and forth between the dish and router, making site setup easy.

Once the setup is complete, subscribers can connect to the wireless network broadcast in their homes and enjoy the speed and responsiveness that many people have in urban areas with fiber optic and broadband connections. So you might be asking yourself, “How is SpaceX able to make this work when no one else has?” It’s a great question, with a fascinating answer.

How Does Starlink Work?

Starlink functions like many other satellite internet providers. They have internet connections on the ground that are beamed into space using the Ku- and Ka- bands, where traffic is distributed and routed through a network of satellites. Ultimately, client traffic is sent to and from these ground stations via the network of satellites and wireless connections to the home-based ground station. Let’s break down each component of the Starlink network:

Ground Stations The ground stations are located near high-bandwidth internet exchange (IX) points. These are typically datacenters where internet service providers (ISPs) converge networks and share bandwidth. These network exchanges allow Starlink to reduce latency and increase the bandwidth feeding their satellite constellation, eliminating bottlenecks on the ground. Internet exchange points are also popular locations for media caching and content delivery network storage, allowing many client requests to be handled by servers within the IX data center directly. Cached web pages, images, and streaming media such as Netflix and Spotify are examples.

The Starlink VLEO constellation calls the space sitting 210 miles above the surface of the Earth home. This 210 mile orbit is how Starlink delivers the record-breaking 15-20ms latencies, at the expense of shorter satellite lifetimes. Starlink’s satellites are much smaller than traditional platforms, reducing drag. Additionally, the frequent and less-expensive launch tempo that Starlink maintains with its commercial space services offsets this additional operating cost.

Subscriber Ground Stations The ground stations SpaceX has designed for Starlink are innovative in every way. They use traditional Ku- and Ka- microwave bands, which operate in the 12-18 and 26.5-49 GHz bands respectively. The dish uses features like phased array antennas, and electronically controlled dish angles to keep connectivity strong regardless of the time of day or year. These features increase the gain for transmitting and receiving from the ground stations to the satellite constellation.

Data Transmission and Reception The satellite network Starlink uses is proprietary and innovative in many ways, but traditional in others. Under the hood, the routing and network protocols used between the satellites, ground stations, and subscriber stations are SpaceX proprietary and include end-to-end encryption. We only know that the microwave radio links between the ground stations, subscriber stations, and VLEO constellation are based on the Ku- and Ka- bands.

The communications between the Starlink satellites happen via a different communication method, which also serves two purposes. The satellites beam data between each other using pulses of laser light. These laser transceivers are mounted on electronic gimbals that can move dynamically to track with other satellites, maintaining a line-of-sight connection. This allows for high-bandwidth data transmission across the constellation. It also allows the satellites to know exactly how far away they are from each other to conduct automated see-and-avoid operations while orbiting, preventing collisions.

On the ground, the Starlink dish, AKA Dishy McFlatface (as christened by the Starlink engineers) uses PoE power from the in-home WiFi router to point itself toward known satellites in the sky and electronically tunes its radio antennae via a phased array to get the maximum transmission and reception gain possible. This is how Starlink can provide such low-latency and high-bandwidth communications.

Why is Starlink Different?

SpaceX has many advantages that its competitors do not. SpaceX has created the world’s only reusable space launch vehicle, reducing satellite lifecycle costs. They regularly provide commercial launch services in tandem with their satellite launch missions, further offsetting the operating costs. Additionally, they can serve a global population due to the sheer number of satellites they can launch and maintain.

The most unique advantage that Starlink has, however, is the very low earth orbit and intersecting orbit paths of their satellite constellation. This orbit is much closer to the Earth than the orbital path of traditional satellites. At this altitude, atmospheric drag is much higher, requiring a more resilient spacecraft for long-term operational success, and much more intervention from ground operators to keep satellites following the correct orbit. This is challenging for many reasons, namely three:

The primary benefits of this orbit are the two main claims that SpaceX makes about the Starlink internet service: that Starlink will cover most, if not all of the globe, with low-latency and average bandwidth connections at a competitive price. This has never been possible before with satellite internet, as the high orbits of traditional satellite networks result in higher latencies and lower bandwidth. This is caused by signal attenuation over long distances. Starlink overcomes this limitation with the lower 210-mile orbit, reducing latencies to a very usable 25-30ms, and providing great bandwidth in the 50-150Mbps range.

SpaceX can make this model financially feasible because of its ability to offset expensive launch costs with reusable rockets and commercialized launch services. Additionally, their satellites are designed to work together in a seamless and automated fashion, minimizing the need for ground control crews. The laser-guided anti-collision system is both a protection mechanism and the network’s greatest advantage in terms of data transmission times. The 72 intersecting orbits that Starlink has planned to blanket the Earth with high-speed internet are made possible by these laser guidance systems, proprietary routing and internet protocols, and the dynamically adjustable ground stations. The whole system works together to create an amazing value proposition for internet subscribers and an even more favorable business model for SpaceX.

SpaceX is uniquely positioned as a technology and aerospace leader, which makes Starlink a logical evolution of its service set. The advantages of reusable space launch vehicles, space vehicle engineering experience, and consistent profits from commercialized space launch services make SpaceX Starlink a unique and competitive winner in the satellite internet space. SpaceX has combined the learnings of satellite service providers over the past 15-20 years with remarkable aerospace experience to solve a truly global problem in an affordable and accessible way.

Starlink is poised to be a successful service provider for years to come; they have no plans of slowing down. Some of the upcoming initiatives for Starlink include expanding the VLEO constellation and extending Earth’s internet connectivity to the moon, Mars, and into the great beyond.