How to Manage EC2 Instances from the CLI 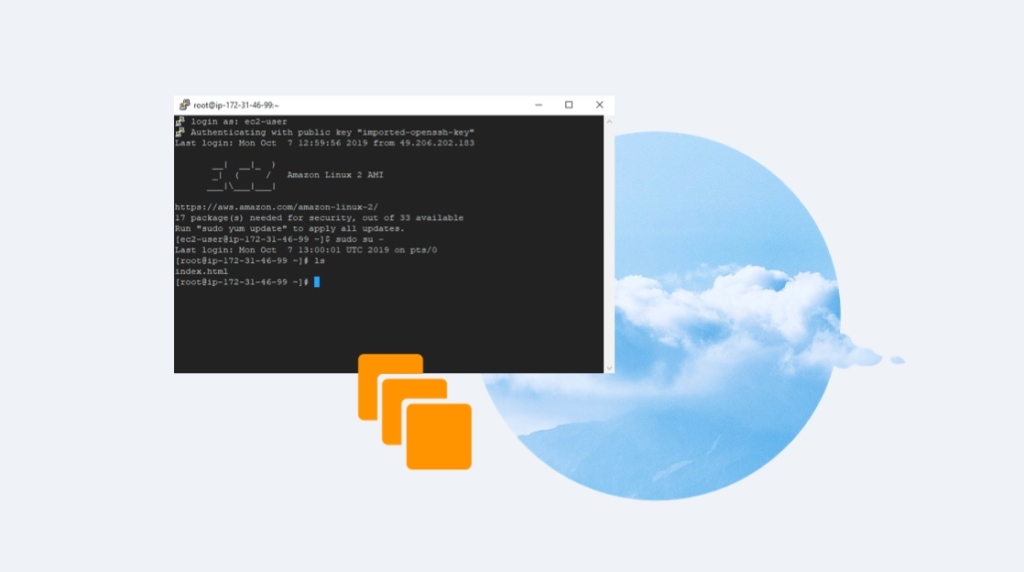 Nowadays, it doesn't make sense to run your own servers unless you have a specific reason to do so. Cloud computing vendors have a lot to offer with their products. The total cost of ownership to run servers in the cloud can be much more affordable than purchasing and managing physical servers yourself.

So, it makes sense to run virtualized servers on a platform like AWS's EC2 service. EC2 only becomes more powerful when you understand how to autonomously deploy or remove your virtual infrastructure on the fly. With that said, let's look at how you would control EC2 with the command line.

Traditionally businesses would purchase a piece of hardware, like a server, to run various applications on. At one point each physical server would only run a single OS with a bunch of different applications running within that OS. As information technologies advanced, though, it became a best practice to run virtualized servers on top of that physical server hardware.

By using a hypervisor (the software that runs virtualized servers) on a physical server, organizations can run multiple OSes, and therefore applications, on one piece of equipment. This has multiple benefits like:

Using physical hardware still requires businesses to maintain that physical hardware, networking infrastructure, and internet connections, though. Operational costs may be reduced but are not eliminated.

EC2 takes this a step further. By moving the virtualized environment to the cloud, organizations don't need to maintain physical hardware, the network that powers that virtualized environment, or connectivity. Likewise, because of how EC2 works in Amazon's data centers, there's a much smaller chance a downtime issue will ever occur. The monthly cost of using EC2 can be much more affordable than purchasing and maintaining physical servers, too.

The AWS CLI is a utility, or library, to interact with Amazon's AWS resources through various shell environments. The AWS CLI can be used with Linux, Mac OS, or Windows. Amazon also provides a Docker container for working with the AWS CLI as well.

If you are new to AWS, you might think that the AWS-CLI is a utility inside of the AWS dashboard. This can be a common confusion for new cloud engineers. Command-line utilities aren't typically referred to as a command-line interface themselves. In this case, the AWS-CLI is nothing more than an executable that runs inside of other shell environments like how PHP, NodeJS, or MySQL would operate.

The AWS-CLI can be used with the Windows Command Prompt, Windows PowerShell, Bash, Mac OS Terminal, and other shell environments. Each command is called with the 'aws' command followed by the service name (Eg. EC2) and then various flags to tell that command what to do.

More information about using the AWS-CLI can be found here.

How do I install the AWS CLI?

Before you can use the AWS-CLI, you need to install it first. Amazon offers AWS-CLI packages for Windows (Command Prompt and PowerShell), Linux (Bash, Zsh, tcsh), and Mac OS (Terminal). Amazon offers a Docker container for the AWS-CLI as well.

More information about installing the AWS-CLI can be found here.

How to Use AWS-CLI to Create an EC2 instance

AWS resources, like EC2 instances or MediaConvert jobs, are controlled by submitting a JSON object with various parameters in it. These parameters tell AWS what to do. Using the AWS dashboard also uses these JSON objects, though those objects are created for you automatically.

Pro Tip: Whenever you are working with an AWS product in the AWS dashboard, you have the option to view the JSON object from that product's toolbar on the left side of the website. This can be handy if you need to see examples of how to create a JSON object file programmatically to use with the AWS-CLI or AWS SDK.

Before we can create an EC2 instance using the AWS-CLI, we need to create that JSON object, first. Thankfully, the AWS-CLI makes this easy. We can use this tool to create a skeleton of an instance and then edit it. To do that use the command below:

Let's explain each of these parameters.

When you are doing configuring your JSON object file, it should look like this:

Now that we have our JSON object file ready to be used with the AWS-CLI, let's give it a try.  Type in the command below:

First, let's explain the two added command flags.  The '—cli-input-json’ tells the AWS-CLI that we are going to pass a JSON object file to the application to use to provision an EC2 instance.  The 'file://inputFile.json' flag tells the first command where to find that JSON object file.

So, if you received that error, edit the inputFile.json file again and mark the DryRun parameter as false. Then run the same command above again:

If everything worked properly, the AWS-CLI should return the JSON object of the EC2 instance that was just created. If you look at the 'Name' key under the 'State' key, you should see 'pending'.  Go ahead and check your AWS Dashboard for that new instance, too.

Why Should You Use AWS-CLI Qith EC2?

The AWS-CLI’s real power comes from its ability to be used with scripts. Scripts can be created to create new Ec2 instances, restart them, edit them, or terminate them. These scripts can be called programmatically as certain events happen.  By doing this, you can automate your IT environment, reduce costs, and hopefully reduce your workload.