6 Characteristics of Radio Frequencies for CWNA 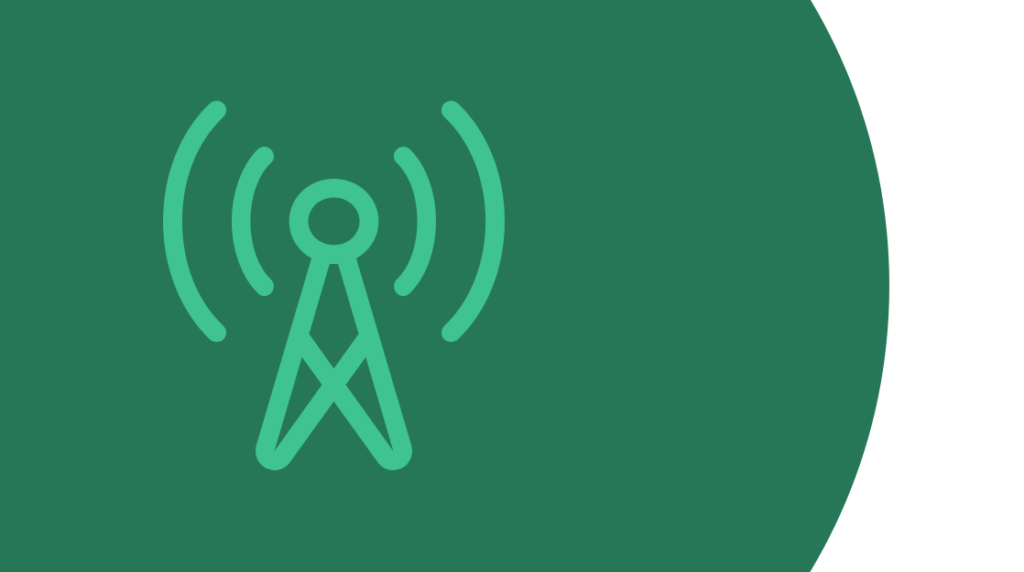 As IoT and IT blend together more, the need for operational technologies personnel to know radio frequency  fundamentals to understand the networks they work with becomes more important. The IT side has traditionally been responsible for any wireless or RF systems. With the advent and popularity of RF based IoT specific protocols such as 802.15.4 (WiHART and ISA100.11a), it's nearly unavoidable. Here's where we can help.

RF or Radio-Frequency radiation is a non-ionizing wave of energy emitted by some electrical systems according to the shape and configuration of the magnetic and electrical fields. That sounds complicated, and it is, but let's break it down to the essential points — Frequency, Wavelength, Amplitude and Phase. It's easiest to visualize this in graphic form, below. 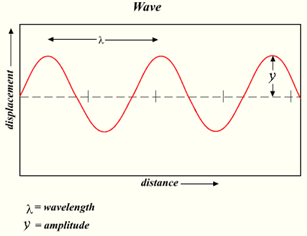 Frequency is also the most common identifier used in day-to-day wireless, though it's more often described by a channel. A channel is a band of frequencies, or a center frequency that determines where to transmit. Each PHY will determine the channels available. Note that different PHY will use the same number for different channels. WiFi uses 1-11 in 2.4Ghz band, 802.15.4 uses 11-26 in the same space. However, channel 11+12+13 in 802.15.4 is roughly similar to channel 1 in 802.11. Be cautious when using channels instead of frequencies.

Frequency and wavelength both are fundamental properties of the wave, and determine important properties like the penetration of the energy through solid surfaces, degree of loss over space (FSPL) and energy imparted.

Amplitude can be thought of as the strength of the wave. For a concrete example, think of whispering or yelling the same word at the same speed. The pitch (frequency) and therefore wavelength of the wave of your voice is the same, but it sounds different. This difference is amplitude and is representational of the amount of energy in the wave itself. Amplitude is technically defined as the amount of change in a given "period" of the wave and can be visualized as the distance from the midpoint of the wave to the peak or trough of the same wave.

The phase of a waveform can be described as the position on a sine wave that it occupies. If you collapse both halves of a wave into a circle, it makes more sense and is described this way through degrees in a circle. Starting at zero on a clock and turning clockwise on a circle, the phases are the 0/360 degree phase, the 90 degree phase, the 180 degree phase (the inverse of the 0) and the 270 degree phase. Phase is used in almost all high speed modulations in wireless, the most famous being PSK or phase shift keying.

Amplification is when a RF wave or a signal is increased in amplitude. This can be accomplished by several different means. The most common purposeful way is using a device, usually in-line, called an amplifier. An amplifier adds energy to the signal that is passed through it, but doesn't change the wavelength or frequency of the wave itself. Most amplifiers are rated for a small frequency range and will not work well on others, if at all. A significant issue with amplifiers is that they can "top out" the signal, if the signal is close to the limit of the amplifier. As amplifiers can only push the amplitude of a wave to a certain height, it makes the signal more regular or uniform than might have been intended. This is an issue particularly where the modulation or coding scheme of the signal is dependent on the differences in amplitude between phases or individual waves.

In audio, this is sometimes the product of poor listening devices or even the producer's intent. Metal music is a good example; Most metal music has large changes in the volume or amplitude over the course of a track. If it's been flattened out, the music sounds very similar all the way through and your ears will have a harder time understanding (demodulating) the wave properly, so it sounds like noise.

Amplification can also be the result of two waves from distinct sources on the same frequency overlapping on the same phase, which results in an additive gain. Note this gain can never be larger than the energy originally used to produce each signal independently. This is called constructive interference.

Attenuation is the converse of amplification, it is when the amplitude of a signal is decreased. Usually attenuation is a product of the wave moving or being transmitted through another medium, like water, a wall, or even air itself. Every substance the wave penetrates will attenuate the signal further. In all wireless applications this must be planned for/

Indeed there are whole commercial offerings to predict the amount of attenuation one would expect using a particular material. If you're designing in a dense factory, industrial plant or even a building, you need to take this into account. An engineer may measure this in a testable way by putting the transmitter on one side of the attenuation object at a known distance and checking the difference between the transmission at known distance and power and then comparing this to the same, but unobstructed.

Attenuation may also be the result of the interaction of waves themselves and is referred to as destructive interference. If the waves meet at the same time, place and frequency, but are in inverse phases (90 and 270 degree, for example) they will cancel each other out completely. If they are not completely aligned, usually this results in a decrease in overall amplitude. Some PHYs use this and constructive interference to have a better range, artificially.

Free space path loss or FSPL is the amount of energy a wave will lose over distance. In a perfect environment, this would be represented by the inverse-square law. The inverse square law states that the radiation intensity is inversely proportional to the square of the distance. In simple terms, your signal will decrease by the square of the distance (Distance is 2, decrease 4, Distance 3, decrease 9.). The formula itself is a bit more complex, but this will serve. FSPL can be calculated by the following equation.

Lucky for all of us who don't enjoy heavy math whenever we are trying to design networks, this is built into most, if not all, design and planning software for RF. The FSPL formula itself is built into several excellent calculators on the internet, and they should be used when a planning software is not available or practical — EG point-to-point links, or quick distance calculations. FSPL does NOT include any attenuation that is based on moving through a non-air material. One suggested site for a calculator can be found here. They also have a few other calculators you might find useful.

This isn't everything you need to know about RF, but it's a great start. RF is a surprisingly deep subject even for only practical uses. If you're looking to learn more about it, check out some other articles here, or pursue further reading in the CWISA or CWNA; Both elaborate on basic RF behavior at a consumable level.