The Microsoft Embrace of Open Source 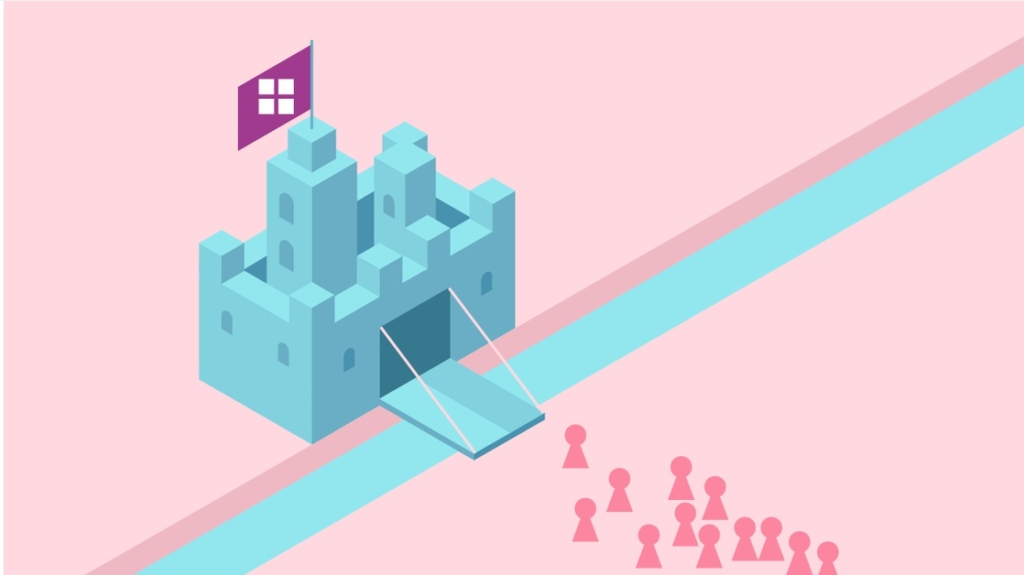 Microsoft's recent embrace ofLinux andopen source has left many prominent systems experts scratching their heads in disbelief while trying to sniff out the rat. It certainly appears that Microsoft has changed their tune, and experts are slowly coming to grips with the possibility that this isn't some evil plot to bring down open source. From the moment you deploy your first installation of Server 2016 and it stares back at you with only a command prompt, beckoning you to "Press Ctrl-Alt-Del to unlock," it is clear there has been a seismic shift within Microsoft.

Does this mean it's time for Windows admins to lose the mouse? Do Linux admins need to scramble to learn Windows batch file scripting? It seems that there is more crossover now than ever before, so it might not be enough to be a pure Windows admin who lacks Linux expertise or vice versa. The immediate benefit of this change within Microsoft is the potential cost savings. For that reason alone, you may soon hear cries of "Get on it!" from upper management.

One thing is certain: You will need to build your Azure skills, as much of Microsoft's open source goodness plays particularly well with the cloud. Training and certification in Azure will certainly be a major hiring point for admins going forward. And particularly, study toward a Linux on Azure certification will provide the most bang for the buck among current Windows admins.

But does any of this directly benefit IT admins, or does it just make our lives more complicated? It seems as though the integration of Microsoft products into the open source community brings new opportunities to improve efficiency while allowing IT pros to use their existing knowledge in new ways. The learning curve might not be as steep as we first imagined (or maybe even feared).

For instance, the limited scripting ability of Windows batch files has been a thorn in the side of admins since NT Server 3.1. This was finally addressed with the release of the Ubuntu Bash shell on Windows. As a side effect, it also helps ease the Linux admin's transition to a Windows environment. We'd call that a win for everyone.

The implementation of Linux-style containers in Server 2016 holds particular promise as a method to accomplish more with fewer physical resources. The learning curve for Windows admins might be significant, but the long-term benefits could be significant. Applications that need to reside on the same hardware, but don't play well together, can now be run within their own operating system environment. By eliminating the need to install and administer virtual machines, admins save both time and system resources.

Many of us never imagined we would see SQL Server on Linux, but this too is now a reality, with plenty of benefits to boot. There are many advantages to running SQL Server within a Linux enterprise environment, the abstraction of the database engine being chief among them. SQL Server's tools allow the creation of sophisticated databases by even nontechnical users within your organization.

One of the primary strengths of Microsoft's new strategy lies in the use of Docker containers to abstract the operating system from the software. Arguably, the availability of SQL Server for Docker is at least as important as the Linux variant. Software that is built for a Docker container can run on any operating system as long as the container framework is present. This means backup data centers no longer need to match their counterparts in terms of server configuration, and software can be deployed on whatever server is currently available without regard to its operating system. (Remember that seismic shift we mentioned?) Microsoft's embrace of Docker is truly a big deal and could redefine many of our back-office processes and norms.

Let's not forget that PowerShell is no longer limited to Windows, as it can now be deployed on Linux and Mac OS. Admins with PowerShell experience will find a sense of familiarity, even if they suddenly have to manage a non-Windows environment.

Of course, the new push toward open source extends well beyond the server room. The list ofopen source projects at Microsoft is currently at 232 pages and counting. It includes such diverse applications as a code editor (VS Code), peer-to-peer networking tools (Thali), and an automated customer support system (BotBuilder). So, if you thought this movement was just a spec in the breeze, we advise you to take a closer look and update your skills accordingly.