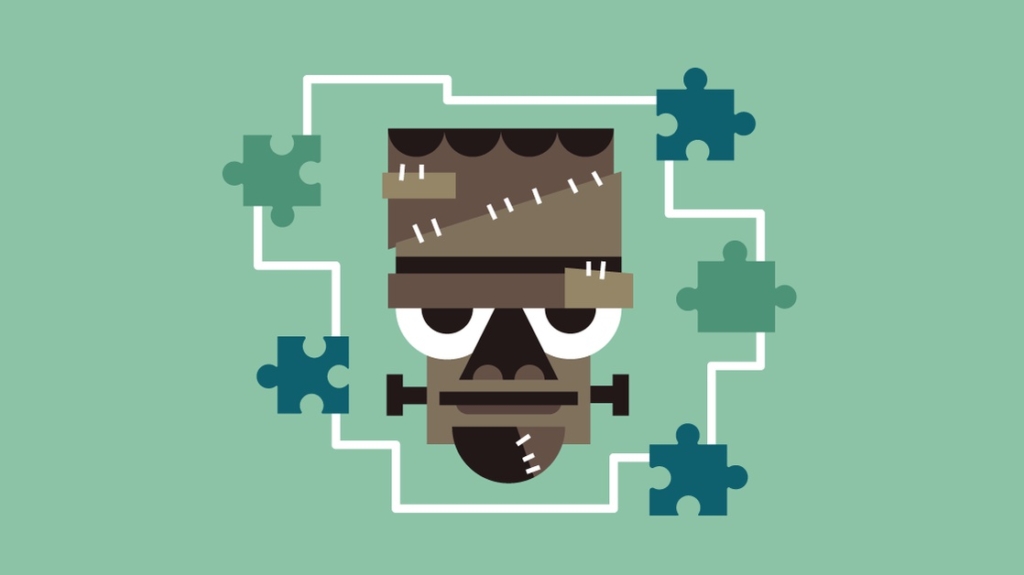 With the introduction of Server 2016, Microsoft chose to adopt an "everything including the kitchen sink" strategy for their flagship server product. Time will tell if this was a visionary move or a well-intentioned catastrophe, but for now, SysAdmins are just beginning to come to grips with a set of server roles and configurations that could send even Victor Frankenstein's head into a tailspin.

Most of this new functionality is the direct result of Microsoft's Azure evolution. It seems that running their own cloud taught Microsoft something about how to robustly implement virtual machines, containers, networking, and storage. Still, in any other setting, Server 2016 would be diagnosed with schizophrenia and wheeled into the lab to have the bolts in its neck examined. But as admins, we are charged with sifting through the flux to arrive at something that works as intended without creating a huge administrative burden in the process.

For your purposes, you may simply be interested in installing a WISA stack with some Exchange functionality and file storage. Suddenly, you're confronted with a myriad of seemingly unrelated life choices even your therapist can't help you to solve:

Of course, Dr. Frankenstein grows to despise his invention, but how can we avoid the same fate with our Server 2016 installation? That fate could be avoided by taking some Windows Server 2016 training. The biggest hangup during planning and configuration will be sorting out the myriad of dependencies. Blundering through the possibilities (and starting over each time we hit a dead end) is a sure way to extend our Server 2016 configuration time to infinity. Fortunately, training resources are available to get over the configuration hump with minimal hassle:

Get ahead of your planning by beginning at the end, first considering the long-term results you hope to achieve. Working backward, you will hopefully arrive at a configuration that makes sense without busting the budget. (But if not, try again!) If you are an IT department of one, the Essentials Edition will likely be your best bet. Its combination of straightforward administration with a native ability for secure Azure expansion provides minimum headaches for small organizations.

For the rest of us, the initial decision mainly lies between Standard, Datacenter, or cloud hosting in Azure. Datacenter is the only edition that includes advanced storage abilities (such as Storage Spaces Direct), shielded virtual machines, and software-defined networking. For those who need those added functions, the choice is a no-brainer.

For everyone else, choosing their flavor will come down to cost versus ease of administration. For instance, Server 2016 in Azure can simplify administration for small IT departments but comes with a significant monthly price tag. Just as important, the Datacenter Edition includes unlimited OSEs and Hyper-V containers, which could offer major savings compared to the Standard Edition.

If you manage to finalize the decision on which edition meets your needs and budget, you'll likely need to take advantage of your accumulated vacation days. After all, even Victor Frankenstein took a trip to the North Pole.

When you return from your vacay, your next step in configuration is to decide whether you want the small footprint of the Core option or the Desktop GUI. The tradeoff of the Desktop's convenience is offset by Core's stability, decreased attack surface, and lower resource utilization.

Beyond those choices, configuration largely remains as it was in Server 2012. Additional server roles can be installed as needed from within Server Manager. There are some new features, however, which are glossed over in Server Manager and instead require PowerShell.

Be careful not to trap yourself in SysAdmin purgatory, with far more burden than you can realistically handle. For instance, no matter how tempting it may seem to containerize IIS, you shouldn't immediately attempt this without some extensive training and practice with PowerShell.

Some might say that in Server 2016, Microsoft has created the Gothic Cathedral of OSs. However, in the process, many configurations are possible that previously required expensive third party add-ons. This has had the effect of reducing costs while streamlining administration; Functionality melded with an alchemist's touch. Server 2016 could be a beast that any mad scientist (or SysAdmin) can grow to love.