Oracle’s Burst into the Cloud 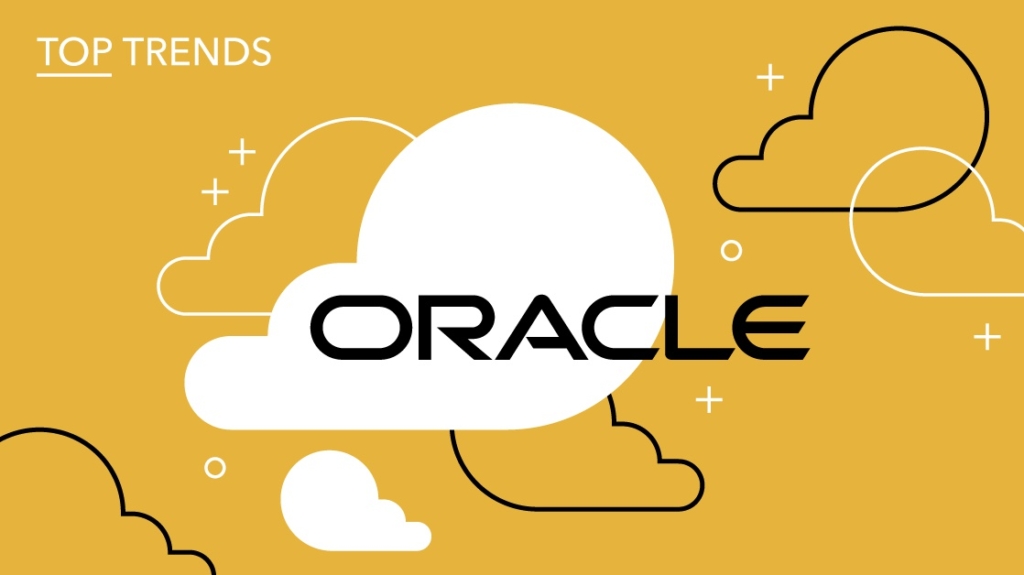 A decade ago, Oracle claimed that they were moving all of their applications over to the cloud. Recently, they said that the apps are almost completely moved over, and they're going to be releasing a cloud computing service that will directly compete with Amazon's EC2.

Oracle has also acquired a variety of cloud-based platform and infrastructure offerings, such as Dyn, an internet performance management company, and NetSuite, a cloud computing software seller.

These advancements and acquisitions are positioning Oracle to compete with big cloud names like Amazon Web Services (AWS), but will they be able to keep up? We decided to take a look at Oracle's position in the cloud and see whether — and where — it can succeed and help you out.

Long gone are the days when Oracle was a "one-trick database software pony". The company has been assembling a broad line-up of software, servers, appliances, and networking hardware that are all under one roof to help you work seamlessly through a variety of industries.

On the software front, they have their traditional and open-source MySQL databases, as well as a wide range of developer tools and integrated development environments (IDEs), such as the Java-based Oracle JDeveloper.

The company also has a robust set of products that handle infrastructure monitoring and management of applications, databases, middleware, physical and virtualized environments, and the list goes on.

Through 10 years of acquiring companies, Oracle now has the tech and the manpower to take on the cloud industry. They also hired on some big name cloud pros from Google and AWS. Oracle's senior vice president for cloud development is Peter Magnusson, a former Google engineer, and its vice president of engineering Don Johnson spent eight years at Amazon helping to create AWS.

It's easy to see that the company is banking on Cloud as its primary area for growth. Oracle is the only vendor that internally provides an integrated stack of products that can be used in the cloud, and they're promoting this to their loyal customer base.

Having said that, the company's cloud revenues are still only a small part of Oracle's total revenues. In the last quarter of 2016, Oracle cloud offerings represented around 10% of overall revenues, with a little more than $1 billion. But with a complete switch over to cloud applications imminent, this only leaves room for Oracle's cloud solutions to grow.

Oracle Cloud: Are You Set for Success?

Oracle's cloud platform offers a handful of components beyond your basic virtual machines, block storage, and databases. The virtual network controls its physical hosts, which should provide you with high input/output transaction speeds and low latency. Connections between any two compute or storage nodes are all within 100 microseconds in the entire Oracle Availability Domain.

As of September 2016, 310,000 businesses are using Oracle databases with their new cloud capabilities. These databases can be provisioned quickly and can be ready to use within minutes. There also aren't any application switches for you to make in moving your legacy databases to Oracle's secure and optimized cloud platform.

Whether you're a database admin, a developer, or an enterprise architect, Oracle's cloud solutions have complete workload compatibility within an internal suite of products. You are able to create and work with database objects through Oracle's SQL Developer and Oracle's Application Express, which streamline the process of populating your database.

These combined resources integrate the business, IT, and development needs to help offload and speed up IT management so that you are able to turn your attention elsewhere.

In comparison to Oracle, Amazon and Google services are primarily infrastructure-as-a-service and both are bigger than Oracle's IaaS business. It's difficult to make direct comparisons, but it is likely that Amazon's cloud business is almost 10 times bigger than Oracle's. Google's cloud business is hidden in an "Other Revenues" bucket that most recently was about twice as big as Oracle's cloud revenues.

Oracle's area of strength in the cloud is their ability to package these cloud services with their fully-developed software and platform offerings, which Amazon, Microsoft, and Google cannot. With the other options, you are required to stitch different services together from vendors and confirm that all the pieces play nicely together.

The Oracle CTO, Larry Ellison, has openly claimed that Amazon is "20 years behind" the corporation when it comes to SaaS, and probably won't be catching up anytime soon.

While Oracle does not possess data centers as large as Amazon or Google, they do have additional strong assets and infrastructure that they can leverage if you're already using Oracle products and services to drum up cloud business.

The Future: Oracle Cloudy or Cloudless?

Will Oracle ever be the top-dog in cloud services? Well, they are probably not going to displace AWS as the 800lb gorilla in the near future, but they do have the technical capabilities and financial muscle necessary to build a viable IaaS alternative.

With a large and loyal customer base, Oracle can leverage products such as the Oracle Cloud Machine to help clients safely migrate their application portfolios and realize the immense benefits of cloud computing.