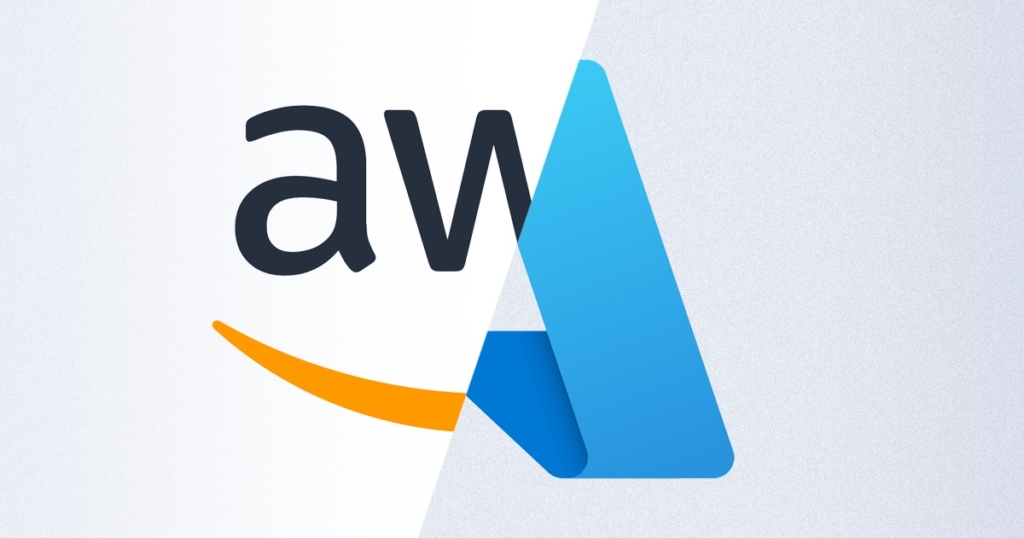 Whether it's due to the cost savings pay-as-you-go characteristics, or the built-in security and data resiliency, chances are your organization is leveraging some cloud-based services, or at least that's what the data suggests. That's because today, upwards of 82% of workloads reside in the cloud, and 67% of enterprise infrastructure today is cloud-based.

So, as businesses look to move to the public cloud, there's still one question that continues to circulate among business leaders, cloud enthusiasts, and engineers, namely, which cloud is better, Microsoft Azure or Amazon AWS? Of course, there are going to be a variety of factors that go into making a decision on which cloud is going to be the best fit for your organization.

However, in this post, we'll look to assess all of the pertinent similarities and differences between Microsoft Azure and Amazon AWS, and hopefully help you leave with a good understanding of which cloud — Microsoft Azure or Amazon AWS — is the better cloud offering for your business.

An Overview of Microsoft Azure and Amazon AWS

What are the Computing Differences in AWS and Azure?

At the top of every IT team's list in computing capabilities. For organizations that are doing highly transactional and computationally intensive processes, compute can be the make-or-break differentiator in how businesses operate.

Here, AWS deployments are going to rely on virtual machine instances in AWS known as elastic cloud computing or EC2 instances. With AWS, users have the ability to configure their own virtual machines, and in doing so, have the freedom to choose the virtual machine size, power, memory, and other resources.

Amazon AWS addresses this by providing a VPC or virtual private network that users can leverage to isolate their AWS environment. APIs are then used to support communication between VPCs or between an AWS environment and an on-premises network.

Microsoft Azure approaches the concept of cloud networking in a bit of a different way. Rather than offering a VPC like AWS, Microsoft Azure provides users a private network where users are responsible for configuring the isolated network, subnet, IPs, DNS much like a traditional networking configuration seen in an on-premises IT environment.

Instead of a VPC, Azure offers vNet that provides a virtual network that grants users the ability to create isolated networks, as well as subnets, private IP ranges, route tables, and network gateways. Just like communicating between different sites, Azure users will need to set up a VPN to support communication between locations.

What are the Storage Differences in AWS and Azure?

Amazon S3: General S3 storage starts at $0.023 per GB Per month through the first 50 TB, after which the price goes down. Keep in mind, AWS does offer a free S3 tier known as the S3 Free tier. Here, users get 5 GB for free. Also, archive storage, known as Glacier, is $0.004 per GB per month.

The Pros and Cons of Choosing AWS or Azure

Of course, we know you can quickly get into a debate over which cloud provider reigns supreme, so we'll do our best to simply lay out some strengths and weaknesses of each cloud provider.

First and foremost, AWS stands out as a leader due to sheer market adoption. As a front runner in the public cloud space, AWS does have the advantage of investing serious resources into their platform and subscriber base to keep them incentivized to continue to use AWS. Because AWS has been in the cloud space longer than Microsoft it tends to follow that AWS is a leader in innovation in the cloud and other cloud providers tend to follow. That's what happens when you've been around as long as AWS and have the momentum as the market leader.

One place where Azure really shines? Microsoft Azure credits. Depending on the size of the business and industry (often state local and government agencies for example) will get free Azure cloud credits. When these two platforms are neck and neck in a lot for 99% of these features, free services can make it a pretty easy decision deciding between AWS and Azure.

At the end of the day, what's most important when choosing between Microsoft Azure and Amazon AWS comes down to what aligns most closely with your unique needs. Our suggestion would be to test out each cloud environment to help make this decision easier. Remember, both Microsoft Azure and Amazon AWS offer free tiers, so you have the opportunity to get up and running in both environments without putting a lot at risk.