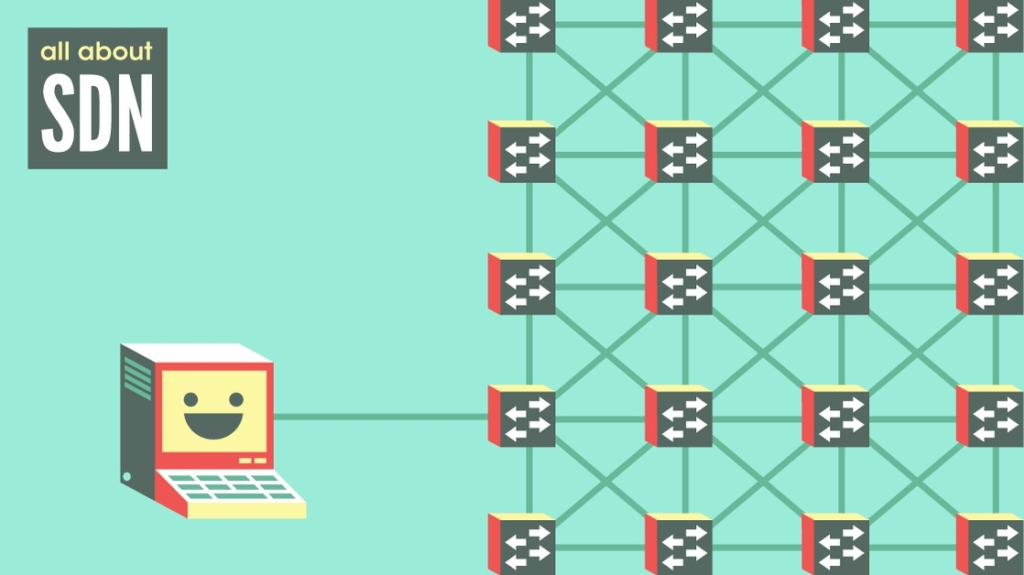 We've all been there. The 2 a.m. wake-up text from your monitoring system, indicating a major network outage… Looks like you'll beat the morning rush today. Not so fast, though! While you yawn and stumble around in the dark to find your laptop, your SDN controller is already re-routing traffic away from the point of failure. In the time it takes to grab your glasses and log in, your networking equipment has already reconfigured. Systems are at 100 percent availability, despite the outage.

Welcome to the cutting-edge world of software-defined networking (SDN). In the past, network admins would invest countless hours configuring their individual networking devices to perform as needed. However, as our operating environments become more interconnected, managing each piece of the network independently has grown inefficient. Software-defined networking aims to fill the gap between how we need our network to perform and the tedious configuration of our particular equipment to achieve our goals.

The utility of SDN comes from its software-based controller, which configures the rules of our switching and routing equipment on the fly. The network now has the intelligence to self-manage the details, while you concentrate on big-picture issues such as scalability and security. This is particularly important as virtualization enters the mainstream, greatly increasing the complexity of networking needs.

The advantages of an SDN-powered network can be separated into three main areas:

The need for specialized networking appliances has been greatly reduced or eliminated. Many of the control plane functions that required specific equipment can now be implemented with your basic x86 servers. As a result, the functions provided by load balancing and firewall appliances can be implemented directly on your switches and routers. The SDN controller simply pushes out rules and policies as needed to shape traffic according to any set specifications.

Networks are also easier to manage due to centralization. Forget about logging into 15 different devices whenever a change is needed. Now it's easy to adjust a rule from a single console and you can even grab a cup of coffee as the network adapts.

SDN networks are much simpler to secure. Policies are defined once and implemented uniformly across the network by the SDN controller. This also improves the reliability of security implementations by removing the possibility of a misconfigured device that could trigger a security breach.

As virtualization becomes mainstream, the time frame for reprovisioning data center resources is reduced from weeks to minutes. During the early days of cloud computing, the network infrastructure lagged behind other systems in terms of its adaptability. Configuration changes required tedious equipment and cabling modifications, slowing the implementation. With SDN, the network can finally keep pace with other data center resources.

Cloud management and monitoring utilities can reconfigure the network automatically as demand and availability change. Today's business networks are often composed of virtual entities that may attach to each other over large distances and can even change location. Cloud technologies, like an SDN controller, will be able to handle this for you so that you're able to concentrate on the end result rather than the process.

With SDN, an organization can build custom utilities that automate specific aspects of their network. By integrating with the controller's API instead of the hardware itself, your champion development team can focus on quickly implementing solutions without the need to interface with proprietary equipment.

SDN software can be much less expensive than the appliances it replaces. In fact, in many cases SDN can be implemented with free and open source software.

SDN is also a great multitasker. Many network operations can be combined, requiring less equipment. The functions provided by routers, firewalls, and load balancers can usually be implemented on low-cost commodity switches.

And recently, control plane functions are beginning to reside in the cloud rather than on dedicated hardware.  Network functions virtualization (NFV) allows us to accomplish much of what we need on a virtual machine, further reducing the need for dedicated servers.

With all of these advantages, your SDN can act as the perfect assistant who always takes the late shift and never botches a command or line of code. No matter what crisis is unfolding, you can finally get that full night's sleep you always wanted!