CBT Nuggets uses cookies to give you the best experience on our website. You can read more about our use of cookies, or just continue to use the site as you normally would if you agree.
Training / Study Habits

How Do Your Online Security Habits Stack Up? 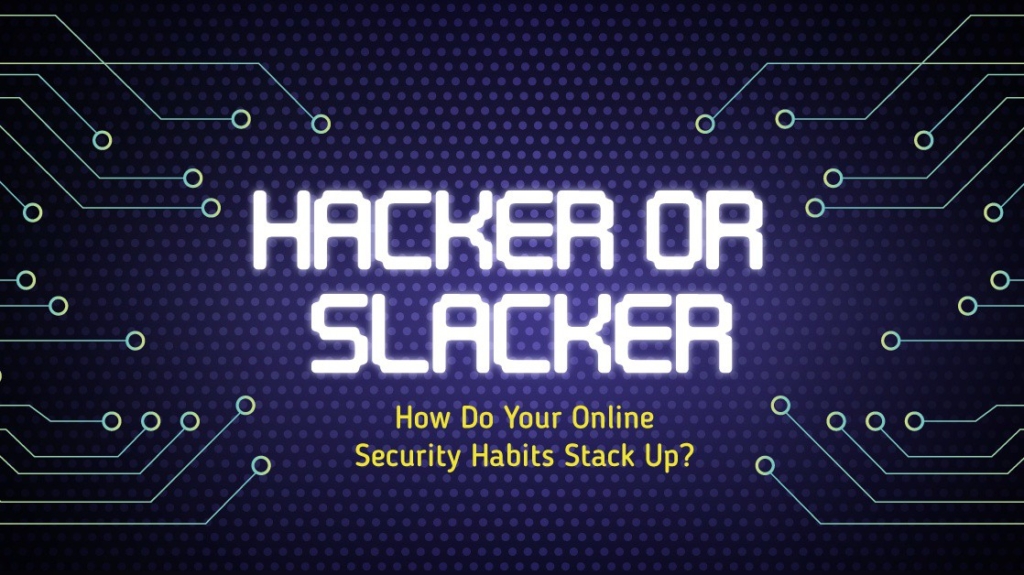 According to a recent Gallup Poll, Americans are more afraid of being hacked than of being murdered – and for a good reason.

More people than ever are having their identity stolen online, and the list of companies disclosing personal data breaches recently has included internet giants LinkedIn, Yahoo, and Tumblr. What's more, the hacks are poised to keep on coming, and when all that personal information falls into the wrong hands, fraud isn't far behind.

So who's falling victim to online identity theft, why is this still happening, and how can you protect yourself? We did a little research, and here's what we know.

It turns out, people who self-identified as "tech savvy" were 18 percent more likely to be victims of online identity theft than those who weren't. Additionally, respondents with Ph.D's were more frequently victims than high school graduates. And, despite lingering rumors that Macs are safer than PCs, Apple users were 22 percent more likely than Windows users to be victims of this breach.

Still, millennials were less likely than their older counterparts to have secure information stolen online, although this may be because they haven't risked having their personal information compromised for as long as the other age groups. 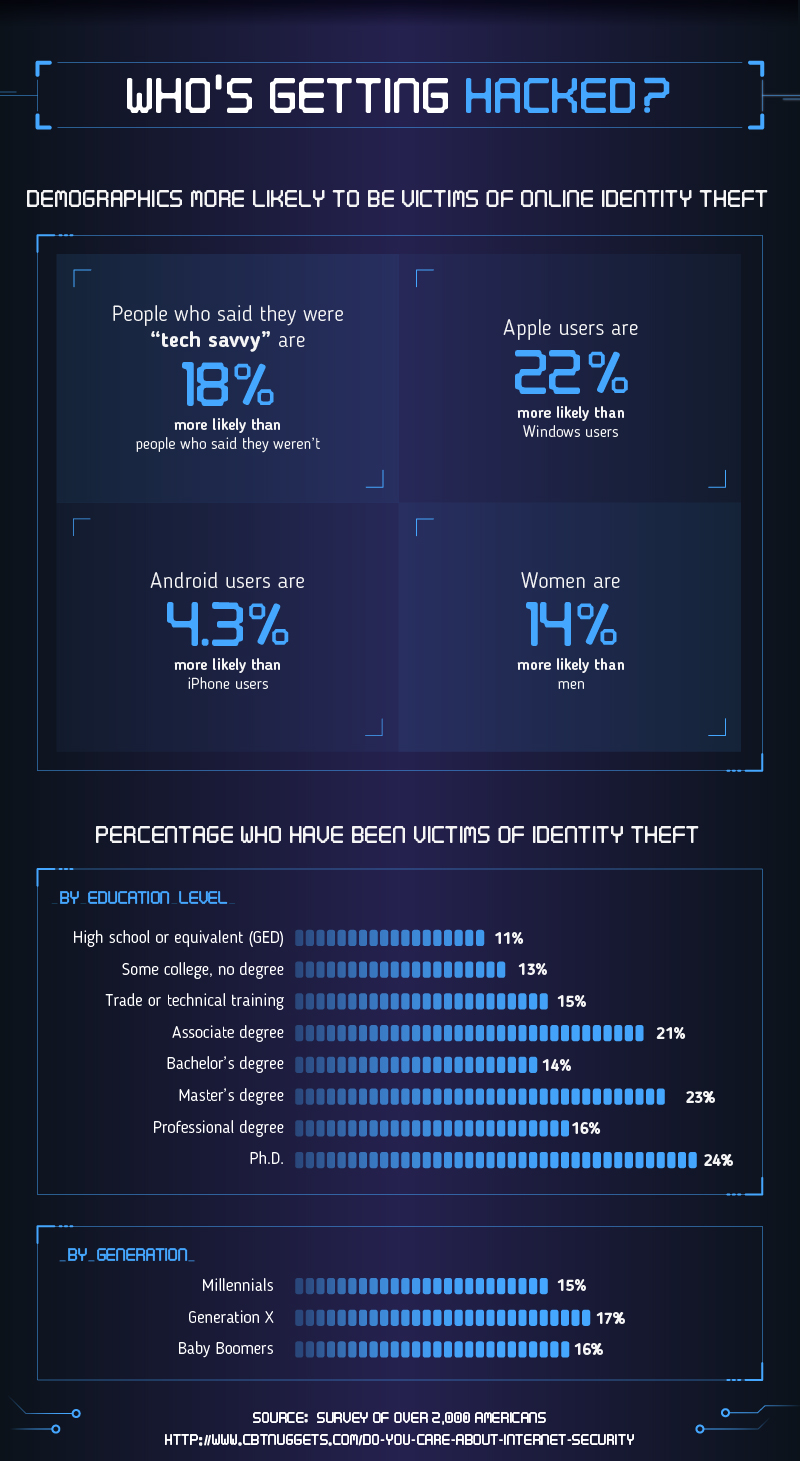 Are Your Passwords Secure?

Did you know that some experts consider unique passwords even more important than strong ones?

Despite this fact, plenty of people use the same password across multiple platforms. When we asked survey respondents about this, we found that self-identified tech-savvy folk were just over 6 percent more likely than the non-tech crowd to have unique passwords. 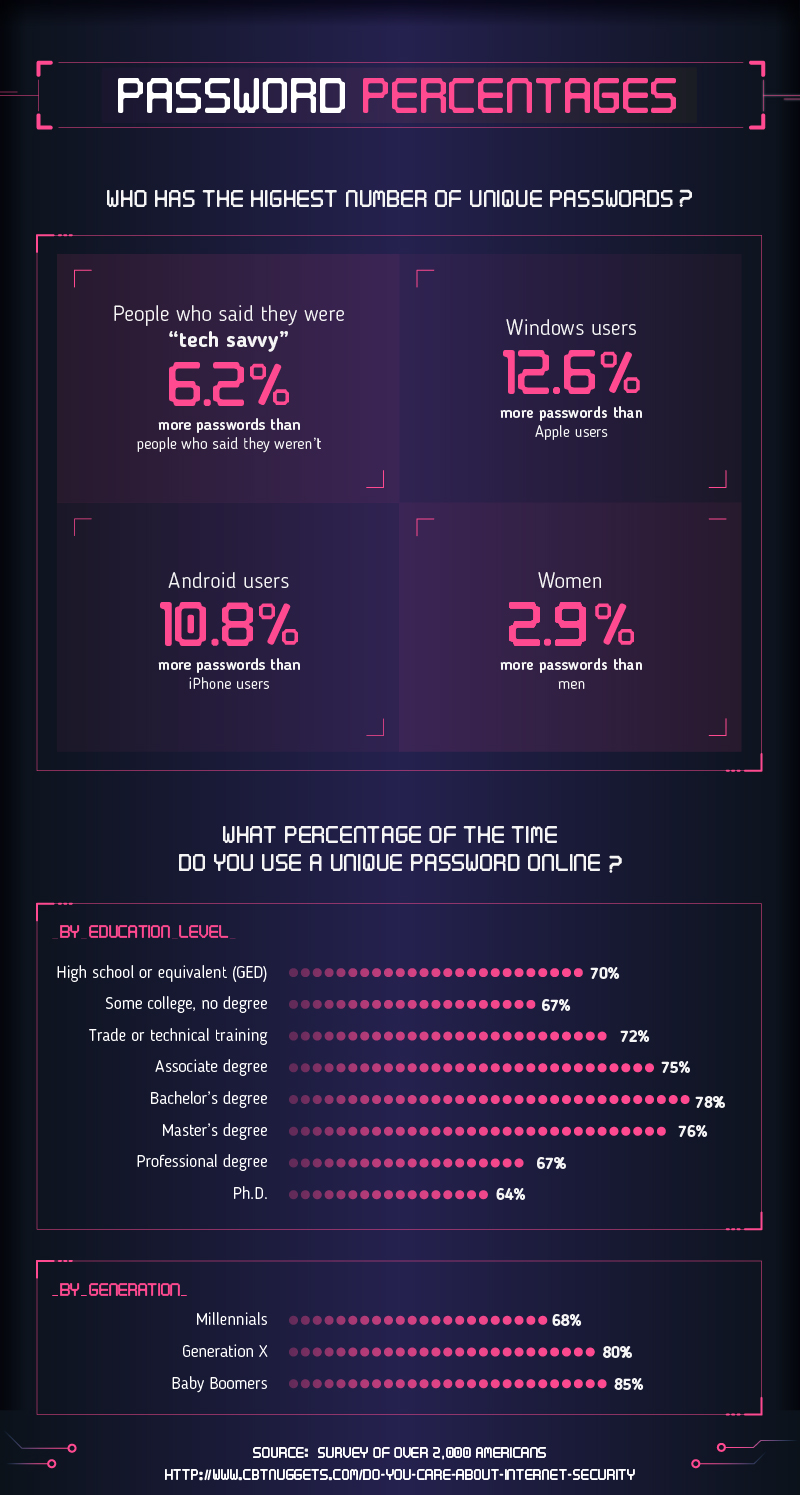 Nearly 66 percent of those surveyed said having their personal information compromised was a "medium" or "huge" risk, yet fewer than 4 percent followed all the basic security recommendations.

So which recommendations are most people skipping? Survey says that most people use public Wi-Fi (a generally risky choice, though there are safe ways to do it). Many also fail to update their smartphone or computer software in a timely manner, and over half keep their private passwords somewhere on their computer.

Pro tip: If you can't remember them, consider using a password manager. 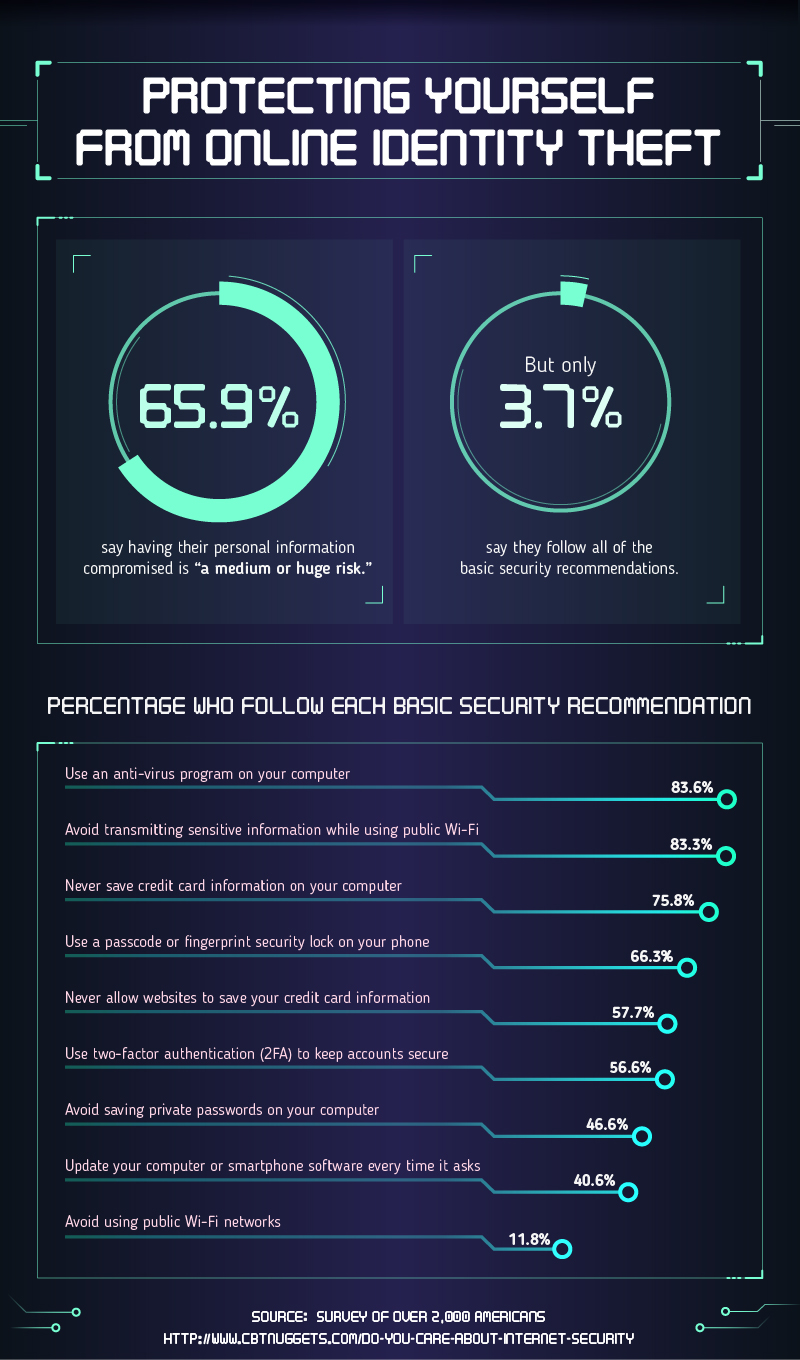 Finding the Motivation to Protect Yourself

When asked why they didn't follow basic security recommendations, 40 percent of Americans said they were too lazy, found it to be too inconvenient, or they didn't really care – an interesting thing to say after admitting being hacked was a significant risk.

On the educational front, those with professional degrees were the most unconcerned about security, and when we split the data by industry, religious and legal professionals were the least likely to protect themselves.

The Most Private Information

When we asked participants which information they'd be most alarmed with a stranger accessing, their social security number topped the list (90 percent), followed by their phone number (82 percent) and street address (79 percent).

What our survey respondents may not know is that social security numbers aren't the only way to steal an identity. Mothers' maiden names are dangerous since many financial institutions use them to confirm identity. Birth dates – though we plaster them all over social media these days – are also widely used by financial institutions and are, thus, useful information for hackers. 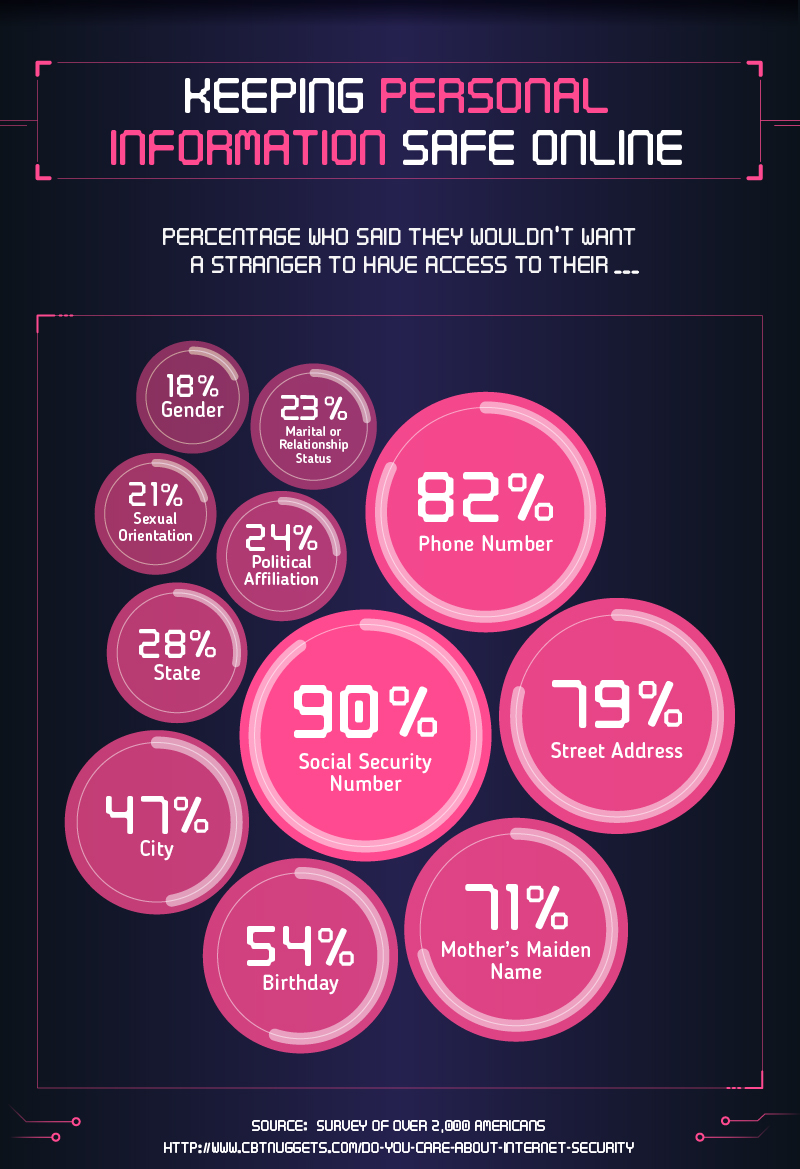 Who Do We Trust With Our Personal Data?

Only 1 in 5 Americans trust the government, but when it comes to our personal data, most don't think twice about sharing this information with official government websites.

Of the over 2,000 respondents surveyed, 76 percent said they would share their social security number with a government website, and 74 percent would do the same with major banking websites.

Other than that, we're fiercely protective of our SSNs, with only 23 percent saying they'd share it with Amazon, 12 percent with Google, and 7 percent with Facebook – a small but still alarming number since Amazon and Google have been recently hacked. 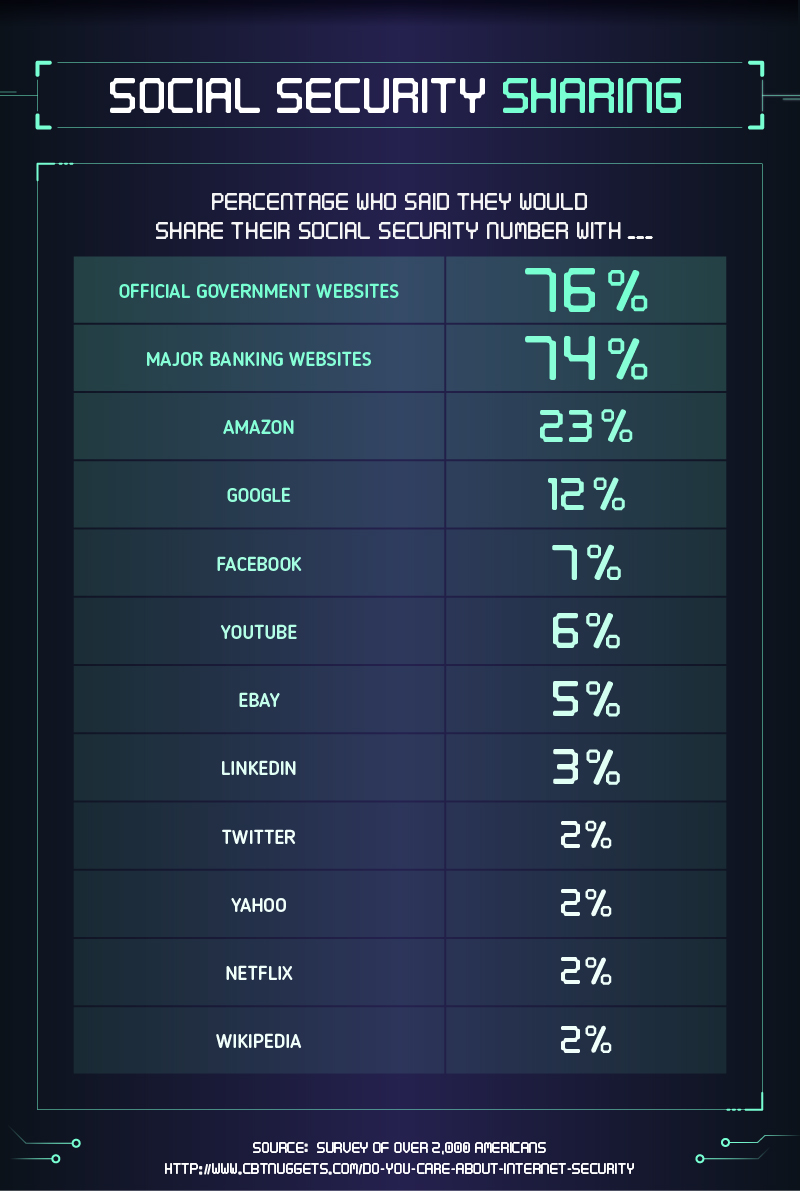 Online Identity Theft in the U.S.

According to our survey, being tech savvy, highly educated, or an Apple devotee won't save you from being hacked – but what about location? Are residents of some states more likely to fall victim than others?

The answer is yes.

Maryland, Alabama, Kentucky, and Massachusetts all ranked as having the highest proportion of identity theft victims. This might mean respondents in these states use more public Wi-Fi and take fewer precautions than others, and perhaps some states are generally more connected online. Or there may be an element of chance at play. Either way, participants from Arizona and Louisiana may be the least at risk. 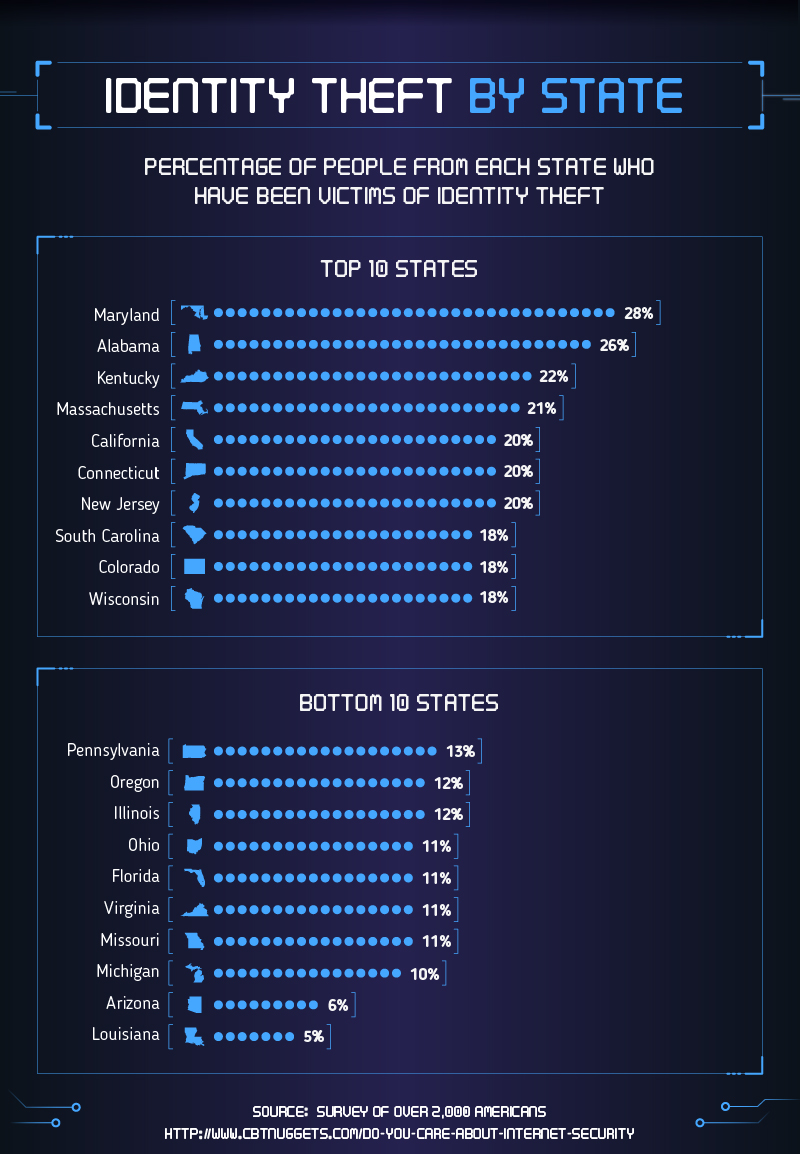 With identity theft hitting record numbers and hackers growing increasingly bold, what's a concerned consumer to do? How can we protect ourselves? What can we learn from the data above?

We think the first answer is simple: Don't be cavalier about online security. There are ways to protect yourself – by using unique passwords, accessing public Wi-Fi through a VPN, and keeping your personal data (including birth date) under wraps.

Fewer than 4 percent of survey respondents follow basic security recommendations – and we get it, security takes time. But it takes more time and a whole lot more money, stress, and confusion to be a victim of identity theft. That's why we strongly recommend taking the time to educate yourself about technology, including brushing up on the latest security recommendations and making your identity more secure online right away.

We analyzed the responses of 2,039 survey respondents after testing their knowledge about online information security. For demographic groups with fewer than eight total respondents, we discarded the data before analysis. For state-level analysis, states with fewer than 20 overall respondents were discarded. For generations, the following parameters were used – millennials: born '81 to '97; Generation X: born '65 to '80; baby boomers: born '46 to '64.

While we're not OK with you hacking this website, we are comfortable sharing the images and findings above with anyone. When using this material on your own site, please include attribution with a link to the URL of this page.