Why You Probably Need a CS Degree 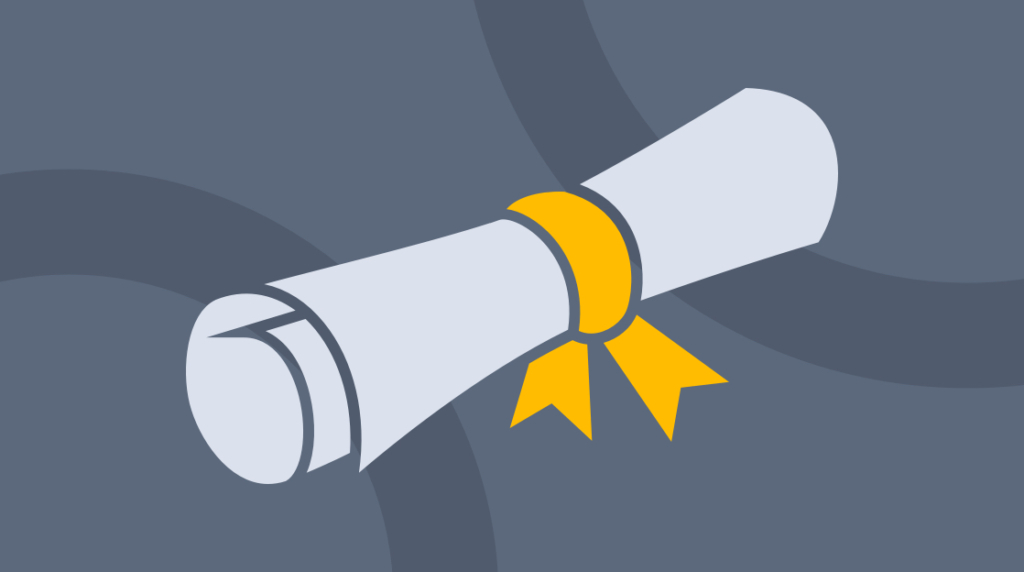 According to the Bureau of Labor Statistics, the software developer profession is expected to increase by 21% in the next 10 years. Additionally, the average salary is north of $105,000 a year. With an incredible job outlook and a high salary, it is no secret why so many people are trying to make their way into this industry.

However, the difficulty that many people run into is exactly how to get a foothold in the industry. There are generally two different paths that can be taken. Either gain practical work experience and attend coding bootcamps, or get a computer science degree. Let's talk about why obtaining the latter is the best way to become a software developer, starting with the multitude of different classes that are required to earn the degree.

Gain a Wide Range of Knowledge

One of the greatest things about obtaining a computer science degree is the wide range of classes that can be taken. Here are some typical computer science courses offered at many colleges and universities.

Getting Started in IT

Now that is a lot of really interesting stuff. Each one of these courses can bring students up to speed on multiple different concepts and prepare them for IT careers. One commonly held belief is that a CS degree does not give the job seeker practical experience. However, based on the list of classes above, that is obviously not the case. A  computer science major will actually have a wide range of knowledge that can be leveraged for a diverse range of jobs.

An individual who tries to go it alone, and dives into the industry through job experience alone will have far more limited career prospects. This is because a DIY'er will only be able to focus on single concepts such as HTML, CSS, or front-end frameworks. This usually means they will only be able to apply to jobs that require those skills.

On the other hand, a CS major has his or her pick of the litter. They can do machine learning jobs, front-end jobs, backend jobs, or whatever they desire. That's because their resume can reflect whatever courses they took throughout college. Because many of these courses have large, ongoing projects, they can easily be counted as experience.

In short, a CS degree gives a person a wide range of options, while working based on practical experience alone significantly narrows job prospects. There are only so many hours in a day, and a person can only learn so much on their own. With a CS degree though, there are classmates and professors to lean on. Let's touch on that a little bit.

Quick question, what do Mark Zuckerberg, Bill Gates, Jack Dorsey, and Larry Page have in common? Well for one, they are all computer scientists who started multi-billion dollar tech businesses. Secondly, they started every one of them — or came up with the idea — in college. Universities and colleges are an amazing place to study and discuss new ideas, which is exactly what each of the aforementioned individuals did. The plethora of people and ideas that students are exposed to can pay off.

It is clear that these folks did not just study harder than everyone else, they spoke to other like-minded individuals and bounce ideas off each other. This is one of the key concepts that makes earning a degree better than taking a coding bootcamp simply to get a job.

By going to college, you will potentially be surrounded by hundreds of ambitious individuals such as yourself. Study groups will exist, office hours will be attended, and ideas will be formed. So not only will your breadth of knowledge increase through collaboration, but the connections with professors and classmates will carry into the professional world. These connections will help to secure jobs that may have been more difficult to obtain without the friendships forged while attending university.

Connections and a wide range of classes provide great experience, but some may say that is simply not enough. There is a widely held belief that on-the-job training is what talent acquisition managers are truly vying for. Even if that is the case, a CS degree generally requires an internship. Let's talk about that.

Sets You Up for Internship Opportunities

Nearly every computer science major worth his or her salt will seek out an internship. An internship will provide the much-ballyhooed on-the-job training. These are generally provided through the university, so it would be very difficult to obtain an internship through another means. The only other alternative would be to take an online course, boot camps, and convince your current employer to take a risk on your new skillset.

By earning a CS degree, you will have a diverse amount of experience, great connections, and an internship under your belt. Not to mention, a plethora of job fairs to attend in your senior year. So why doesn't everyone get a CS degree? Many people point to the exceedingly high cost of a college education. Let's delve into that a little bit.

College Degrees are Worth the Cost Over Time

One of the greatest obstacles to getting a four-year degree is the cost. After all, going to a four-year in-state college can put a student at least $40,000 in debt. In other words, for the price of a new car, you can get one of the most lucrative degrees in the world. If the price tag still seems a little scary, then there are numerous ways to offset these costs.

For instance, some employers offer tuition reimbursement programs for individuals seeking higher education. Not only that, but numerous scholarships can soften the blow. And last but not least, a CS degree can pay for itself quickly, depending on role and position.

It should go without saying that many, many great developers never attendedcollege. Many of these developers learned on-the-job and after hours. That being said, they may, unfortunately, be restricted to the particular programming language they learned. A CS graduate however will have the ability to choose from a more diverse selection of fields — whether that be AI, machine learning, or good old-fashioned front-end development.