Why AngularJS8 is the Best 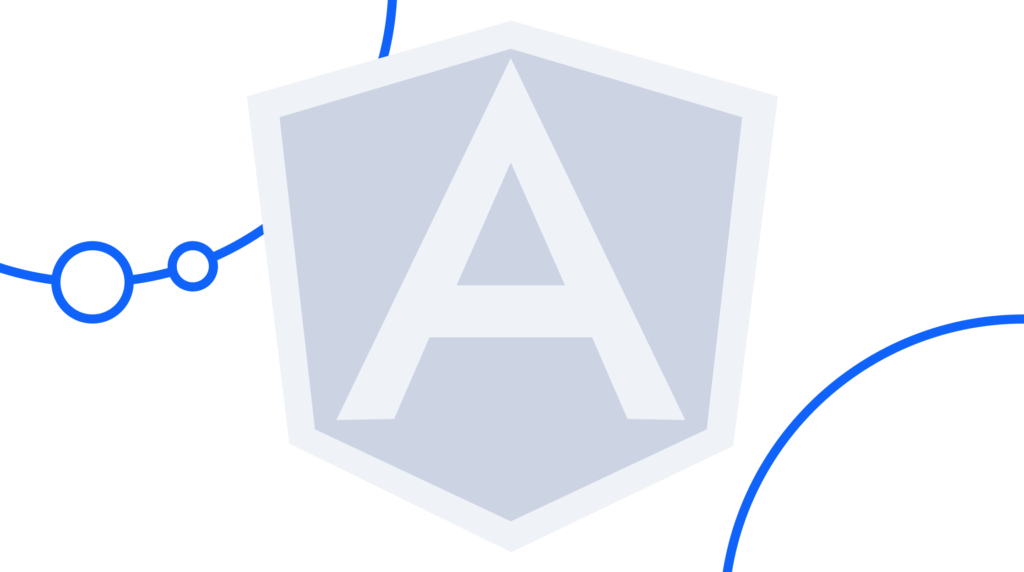 In this day and age, it is imperative to have an updated and modern website to succeed. Sometimes a simple WordPress site will suffice, however, often a site needs to be designed with a little more complexity than a WordPress site can handle. For instance, maybe the website needs to deal with complex database transactions, REST service calls, and fine-tuned html pages. This is where AngularJS comes in handy.

AngularJS is a JavaScript framework that allows developers to write highly reactive single page applications (SPAs). It was created specifically to deal with complex data requirements and to be organized in a consistent architecture. Unlike its closest competition — ReactJS — AngularJS is an all-in-one package, while React is just a JavaScript library designed to create SPAs. The three advantages of AngularJS are: TypeScript integration, component organization, and AngularJS Material implementation.

Why AngularJS Stands Out

The first feature of AngularJS that makes it stand out is its utilization of TypeScript. TypeScript (TS) is an object-oriented, strongly typed superset of JavaScript. It brings loads of features that still aren't available in JavaScript.

Lastly, AngularJS brings with it Google's own UI component library called AngularJS Material. By using AngularJS framework, businesses can easily create a beautiful UI using an easy to use and in-depth framework. First things first however, why TypeScript integrated with AngularJS is such a novel idea.

TypeScript is simply a superset of JavaScript. That means that during run time, the compiler translates all of the TypeScript code into JavaScript. So anyone who is familiar with JavaScript should be able to ramp up relatively quickly to TypeScript, and subsequently AngularJS.

TypeScript is simply a strongly typed version of JavaScript. All that really means is that the developer is required to declare the "type" returned by a particular function, and the "type" of variable it is. Hence, the name TypeScript.

Now, as a product owner or manager, you may be wondering why this is important or even mentioned. While TypeScript can have a steep learning curve for developers, it will ultimately end in cleaner code and fewer bugs — and fewer bugs means deadlines have a higher chance to be met. This is because developers are forced to assign types to their code and structure the project in a more object-oriented fashion. JavaScript, the language used for React, offers no such restraints, which is why JavaScript can be notoriously difficult to write and maintain.

In addition to strongly typing all variables and functions, TypeScript integrates generics, interfaces, namespaces, access modifiers, and other great features. All of these characteristics integrate seamlessly in the AngularJS framework to create service, components, modules and more. Let's discuss why AngularJS's predictable, layered architecture approach is superior for complex web applications.

One of the most important aspects of AngularJS is the manner in which the files are organized. The files are primarily organized into components, services, and modules. Each component is bound to a particular HTML file — and more than likely a CSS file as well. The following scenario illustrates why this predictable layout is advantageous.

Let's say a new developer was hired to a nascent AngularJS team. Their first job is to create a new web page for an internal-facing website. The screenshot below is a sample of the new project they have been directed to work on: 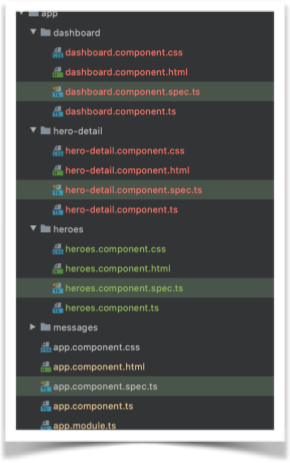 To their pleasant surprise, it is structured in the exact same way as their previous AngularJS project. What joy! That means they know exactly where everything is, and how to find it quickly. They know where the HTML page is, and which component is driving the logic behind it.

The AngularJS framework forces developers to conform to a standard layout, which is fantastic for anyone new to the team. It is also an excellent way to ensure bugs are quickly discovered and squashed. One of the things that makes it so easy to create predictable architecture is the AngularJS CLI. Let's touch on why this invaluable tool sets AngularJS apart from other frameworks.

Whenever a new web page has to be created, the developer must first create a component, then an HTML file, then a CSS file, then a declaration of the component must be made in the parent app module. In other words, a LOT can go wrong when creating a new web page in your AngularJS app. That's where the AngularJS CLI comes into play.

The AngularJS CLI is an integral tool that helps to automate your workflow. Its primary roles are file creation, testing, starting and stopping servers, and more. The screenshot below is an example of what the AngularJS CLI actually looks like: 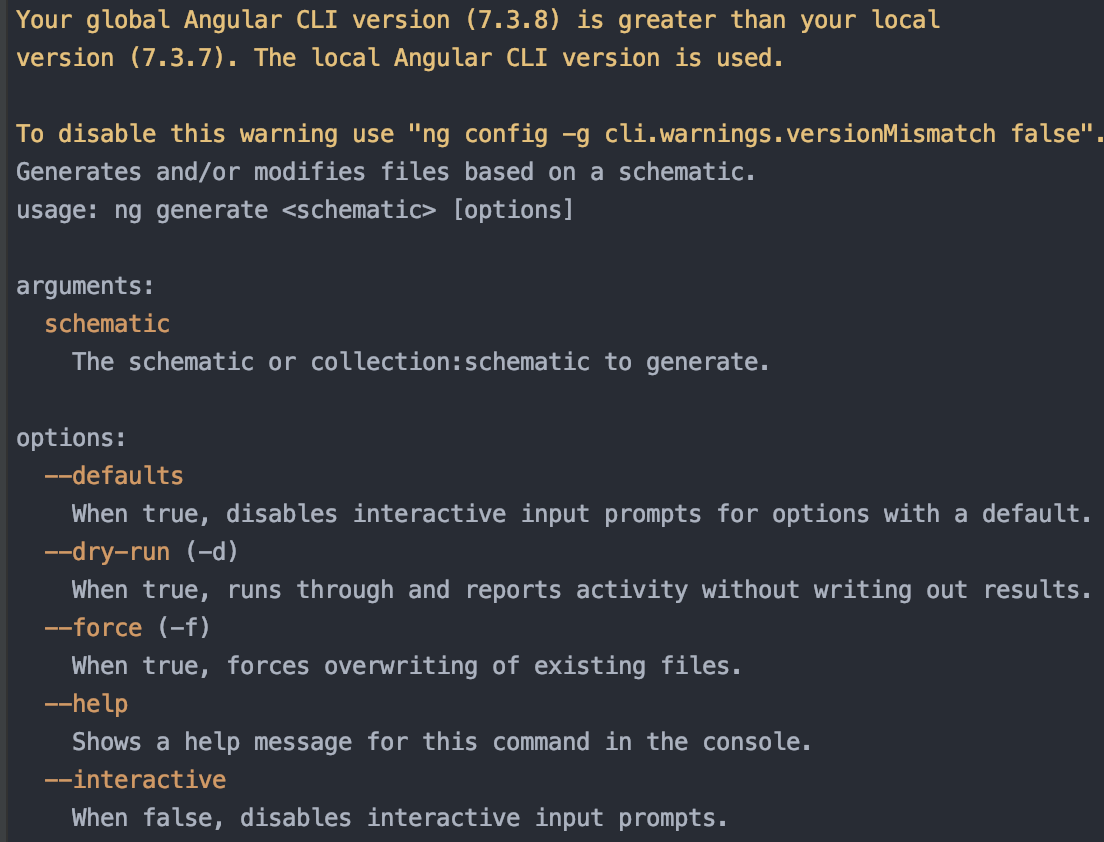 Because file creation takes a lot of steps as described above, AngularJS has created a generate command to create the files for you. Once the files are created, they are placed into a folder on the directory. Here is an example of that command:

As a manager or product owner, hopefully you see why code standardization is a huge boon for a large software development team. There have been teams that created components without using the CLI for file generation, and it has always turned out for the worse. Things often break and it can be difficult to troubleshoot.

Now that a brief overview has been given of AngularJS from a backend standpoint, let's talk about how we can make beautiful web designs using this framework using AngularJS Material.

One of the advantages briefly mentioned above is Material's uniformity. By using Material, developers do not have to design any part of the UI from scratch. All they have to do is simply plugin a tag from the Material library and input it into the HTML page. For instance, here is an example of a calendar component using Material: 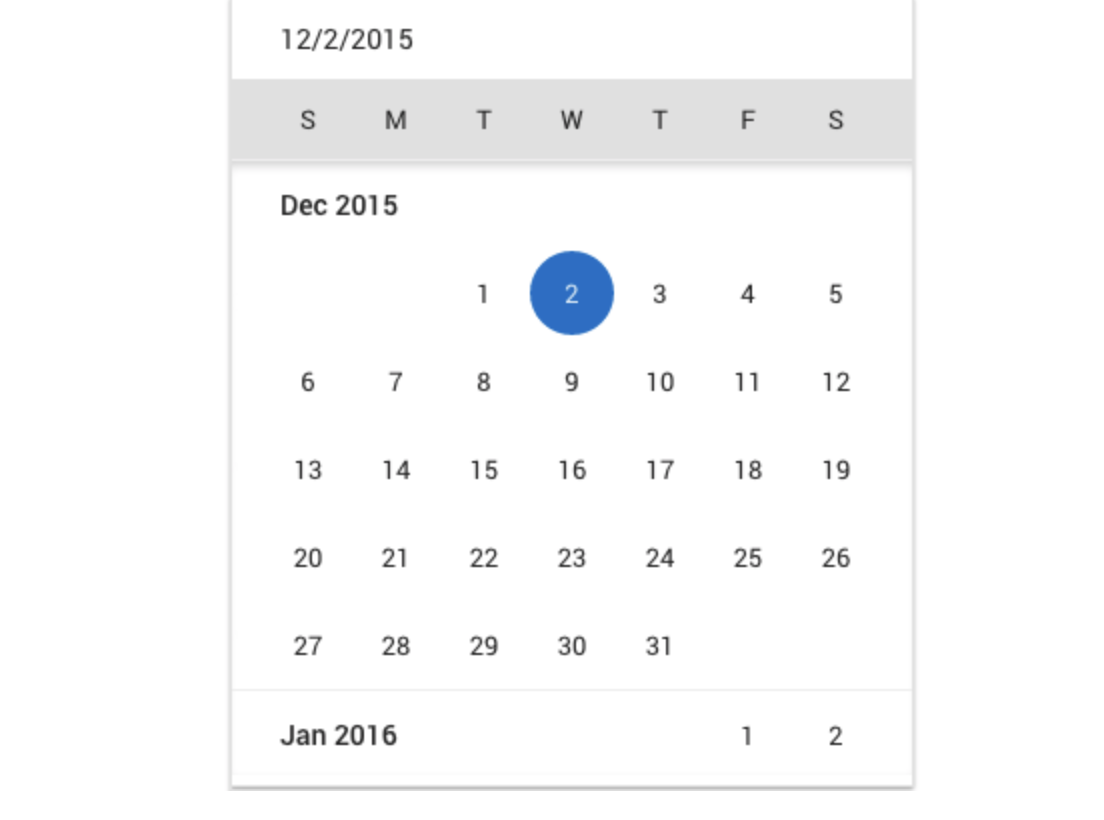 Notice the blue circle around the "2" and the tint around the days of the week. None of these pleasing features were designed by the developers themselves: it all comes out of the box by using Material.

Google provides this framework, and the developer can make personal touches such as changing the color scheme. Material comes with buttons, sliders, pickers, autocompletes, and everything else needed to create a beautiful and modern website. This is very advantageous, because it streamlines the development process for quick production releases.

Additionally, Material was created so that it will look fine on any device. Whether the end user is on a phone, tablet, or computer, the UI will behave appropriately for the given situation.

If your team is going to create a large to mid-size web application, AngularJS is almost certainly the way to go. With continuous improvements from Google, there is no fear that the framework will be buggy. With great features such as AngularJS CLI, Material, and TypeScript, developers will have the ability to write code quickly and concisely. The strict component layout ensures all developers are on the same page with code structure and quality, which is a boon for any organization.