Python is the First Language You Should Learn 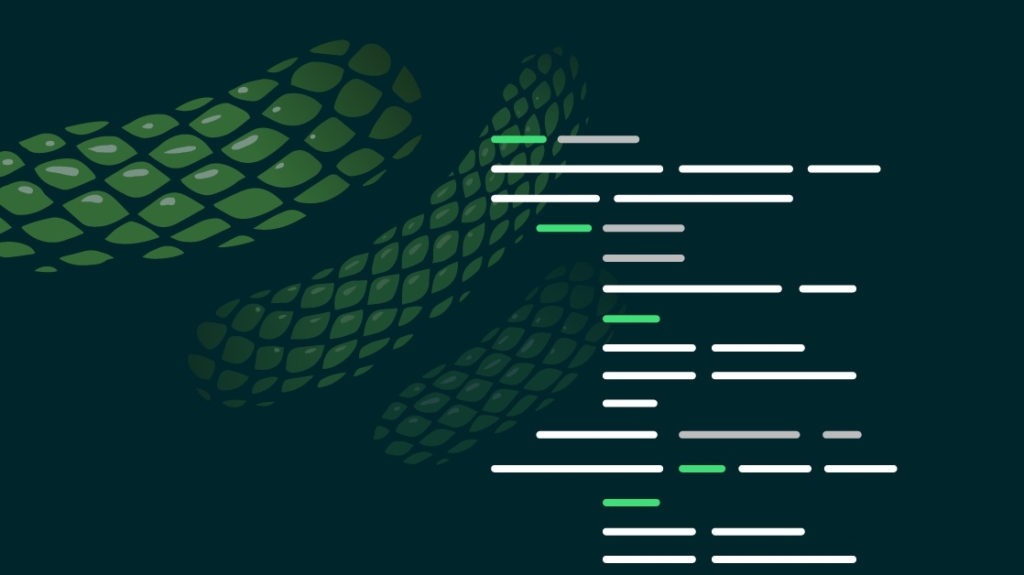 If you're new to programming, you might be wondering where to start.  There are many options you can choose — Ruby, C, C++, and of course Java, to name a few. There's much debate about which is the best language for beginners.

Java often comes out on top as the best option for programming newbies. However, Python is another great option. Learning any programming language is no easy task, but our Python for beginners course will get you up-to-speed in no time. Discover why the high-level, general purpose programming language should be the first one you learn.

Gaining on the programming titans

One of the most prominent indexes, TIOBE, calculates programming language popularity based on the volume of search engine results. The latest TIOBE index ranks Python third with a 7.6 percent popularity share — behind the venerable Java (17.4 percent) and C (15.4 percent). Notably, it marks the first time Python has cracked the top three.

Other indexes such as the PyPL and the IEEE's 2018 Top Programming Languages have already crowned Python as king. Both indexes place Python in their No. 1 spots — above Java and C++.

With all this favor, why go with any other language? It's not like there aren't any barriers to entry, though. Any rookie can drown in syntax or curly braces. Python's considered one of the more natural languages to learn.

It's easy to learn

Python was developed in the late 1980s as a language that would be more intuitive and human-readable than languages like C++. Generally speaking, C++ is considered more complicated, Kill-prone, and closer to being a low-level language. On the totem pole of user-friendliness, this puts C++ near the bottom where actual CPU machine code lives.

Python was created to be elegant, and even pleasant to work in. Much less emphasis is placed on conventional syntax, making learning and debugging code less rage-inducing. Factors like readability, use of white space, and a wealth of excellent documentation and communities make Python easier for beginners to learn.

The best indicator of the intentions behind Python's philosophy is found within a hallowed document from the official documentation, the Zen of Python.  It's a list containing 19 principles meant to guide developers in adopting Python's philosophy of coding. It includes maxims such as:

Good luck finding such common sense or clarity-inspiring nuggets in a C++ or Java beginner's guide! Python's creator was done with clunky languages and the unattractive code they inspired. Python aims to be simple, yet effective, even when it comes to learning the language.

What makes code readable? Isn't it all a bunch of random words and colons and x's?  Well, yes, you're not going to get far without any knowledge of a language's syntax. However, once you learn Python, even a little, it's not hard to start reading code and picking apart what it does. It's much easier to get to that point than most languages. First-time learners will appreciate that.

Part of this comes from the syntax itself. Python is built around concepts such as simple expression in fewer lines than other languages, but not so concise to be confusing.  It strikes a delicate balance, something that pays off during hours-long coding sessions.

Let's look at some actual code. This program is written in C++:

Did the C++ code freak you out? Doesn't the Python code make complete sense, even if this is the first time you've ever seen code?

The example is a little over dramatic, but not far off the mark from real-world code. The bottom line is Python's readability makes it easier to grasp, making it an ideal language for beginners.

White space (see what we did there?)

Python shines is its use of whitespace indentation. Indented lines are mandated over brackets and braces. Notice all the {'s and }'s in the C++ example we used above. Those are necessary to define where different code chunks start and stop — kind of like sentences. It can get confusing.

But Python doesn't have the braces. In a longer program, you will see indentations grouping the code:

Whitespace indentation makes code easier to read, understand, change, and maintain. It also makes it easier for readers to identify the structure of a program. Being able to recognize structures is key to successful programming.

Also, many programmers don't pay attention to indentation or are reluctant to use it. Starting your programming foundation with Python ensures you will understand and use indentation. More so, it helps you as a novice coder develop a habit that can carry over to other languages.

Python skills are and will continue to be in demand

Popularity means increased relevance. So, if the TIOBE index is any indication, more organizations will likely adopt Python. And this ultimately will drive the demand for Python skills. So if you're interested in programming, starting with Python is a safe bet.

Even if you are not a programmer, learning Python can help you in specific fields. Python is already king in hot tech fields like data science, machine learning, and information security. Universities and colleges also use Python. All these fields use Python — extensively. They even have their own sets of libraries, which are like code add-ons that provide functionality without having to code from scratch.

Whether focusing on Python or using it as the first step toward broader coding career, it's the best language for beginners.