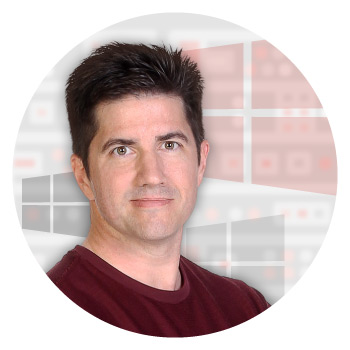 I admit there are times to allow a version or edition of software to go by and skip to the next. You might not want to spend an arm and leg for licenses every time someone wants to "add a few features" or "fix some bugs they should have fixed in the first place" (Notice the ""s there are said with some slight sarcasm).

However, Microsoft Windows Server 2012 R2 is much more than just a few bug fixes, with slightly better features. I believe that if you take the time to upgrade, you'll be quite pleased with the performance and increased functionality. Here are my five reasons you should learn Windows Server 2012 R2 for your MCSA or MCSE certifications.

1. Hyper-V. Gone are the days that VMware gurus could look down at the upstart Microsoft virtualization platform. While there might be reasons people want to go with VMware (it's a great product), Hyper-V is FREE with your licensed Windows 2012 R2 server. That's one less price to pay. Plus, the features increased dramatically in 2012, and now 2012 R2. If you're looking to cluster guest operating systems, R2 allows you to share Microsoft's VHDX virtual hard disk format files as storage for your clustered applications. In previous versions, you had to expose the storage to the Guest OS in order for it to work. Now, it identifies it directly. Then there's virtual network adaptor and storage protection for Failover Clustering, Hyper-V replica updates, and my favorite: Exporting/cloning VM's and re-sizing VHDX files on the fly!   2. BYOD features. Yes, I know that workers bringing their own technology into the workplace and being able to access corporate resources like email, files, etc. can be dicey. However, the feature set you get with R2 allows you admins to securely grant access, without handing out the keys to the kingdom.   3. Work Folders. Think Dropbox for your business network. True, it's only working at the time of this blog post with Windows 8.1, but Windows 7, Android, and iPad clients should be supported soon. Work folders keep copies of files on both the server and the client, performing sync operations when the client is connected.   4. Storage upgrades. From Storage Tiers that allow you to dynamically move stored data between SSDs and slower hard drives for better access, to Write Back Cache which sets aside some physical storage on a SSD to help with I/O on write-intensive operations… SQL Databases anyone? Then there's Data Deduplication on running virtual machines. Booyah!!! Bring on the VDI environment boys!

5. Desired State Configurations. One of the banes of IT administrators' existence has been maintaining servers in a large environment. Lots of in-house developed tools or third-party hacks have been developed to maintain those baselines. Now in Server 2012 R2, you can programmatically produce a baseline of servers with defined roles and features. Then, when one of them doesn't match, you can make sure that the server is brought up to date "automagically" using PowerShell 4.0 cmdlets. So sweet!

So, get out there and update your servers! After that, update your certs! We have the MCSA, and several MCSE courses, that are R2-updated just for you, our faithful Nuggeteers. Hope you get the chance to view them!