Why VMware Will Remain a Virtualization Titan 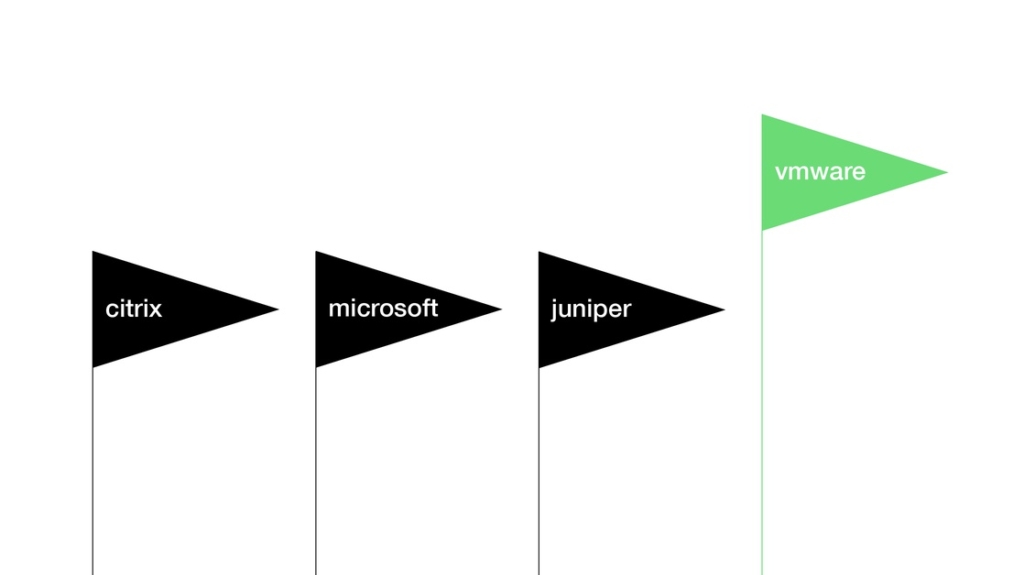 Despite competition from Microsoft, Red Hat, and Citrix, VMware is still a virtual titan for server consolidation. It helps that both Linux and Windows support it — ensuring the ability for true heterogeneous environments.

Even with growing competition, we don't see VMware losing their hold on the market any time soon.

Think about it like this: Microsoft introduced Hyper-V in 2008. VMware launched ESX 1.0 server in 2001. A seven-year headstart made VMware a formidable market leader.

And one of the most crucial technologies VMware has on its side is its software suite, vSphere.  Most hypervisor softwares, like Microsoft's Hyper-V or Citrix's XenServer, require an operating system to control virtualization components. But vSphere is highly configurable and doesn't require an operating system. This gives you the ability to manage the pieces of your hypervisor from just about anywhere.

vSphere has a comprehensive built-in security system, that doesn't require any patches for the Controlling Layer components. Out of the box, vSphere offers many governance capabilities and organization can leverage transparent page sharing.

Security will always be king

Other vendors, like Citrix and Microsoft, use artificial intelligence and machine learning in some of their products. But only VMware is making large strides toward automating multiple product offerings to help organizations fortify their infrastructure. This way, a team can focus solely on the applications that serve the need of their business.

Cyber threats have become the norm — and VMwaretakes security seriously. In fact, VMware embeds a security feature called AppDefense within its VSAN storage products and NSX networking products. Given that many Fortune 500 companies use VMware for server consolidation, this added layer of security makes sense.

VMware worked with companies such as RSA, SecureWorks, IBM, and CarbonBlack to ensure AppDefense works with their products. You can put AppDefense in monitoring mode until it learns standard software patterns. Then you can put it into production. AppDefense focuses on three areas of security:

Cyber attacks continue to evolve in complexity and severity. Many companies are rushing to offer more secure products. VMware is using their machine learning (ML) strength to take the lead. They are already using ML in vSAN to optimize disk performance and predict failure rates, in AppDefense to automatically flag suspicious VM behavior, and in VMware Skyline. VMware CEO Pat Gelsinger has also spoken to this trend toward an ML environment, saying it isn't stopping anytime soon.

VMware understands that their product is not an island. To call VMware security-minded would be an understatement. And having this focus on securing and machine learning will keep VMware on the cutting edge of virtualization technology.

The highest of availabilities

If you're using VMware, Microsoft, or Citrix virtualization technology, one particular VMware product is widely regarded as the best failsafe to keep your systems running — no matter the OS you're working with.

All VMware's competitors offer some sort of live migration technology to avoid crashes due to lagging physical host resources. But VMware's platform offers options with the vSphere hypervisor, in the enterprise editions of the product, and as a separate purchasable component for all vSphere editions. This added layer of protection gives VMware an advantage over other leaders in the virtualization space, like Microsoft and Citrix.

If you're going to ask an IT pro to name a vendor that specializes in virtualization, VMware usually is the first mentioned. Depending on which analyst report you read, VMware owns anywhere from 55-85% of the virtualization market. The size of the market itself is in dispute, but server virtualization has a strong foothold in the enterprise and isn't slowing down anytime soon.

For two years in a row, VMware was named a leader in the IDC MarketScape: Worldwide Enterprise Mobility Management Software 2018 Vendor Assessment (US43294018). In the battle for the market, VMware consistently comes out on top for features, usability, and security.

VMware also wins in terms of scalability of individual hosts. Many companies have a diverse IT environment, and VMware's flexibility allows it to fit most orgs' needs. It supports the largest number of guest operating systems from Solaris to Ubuntu to Oracle to Mac OS and more.

There are also few virtualization options who can deliver reliable solutions for PaaS, IaaS, and AaaS. This is why Fortune 500 companies consistently turn to VMware to meet their virtualization needs.

VMware is constantly working to enhance their tech. Their stronghold isn't going to loosen. Every virtualization vendor provides some type of tech that might be useful for your team, so you should carefully consider all your options. But if you want something reputable, trusted, and stable, VMware technology likely is your best bet.