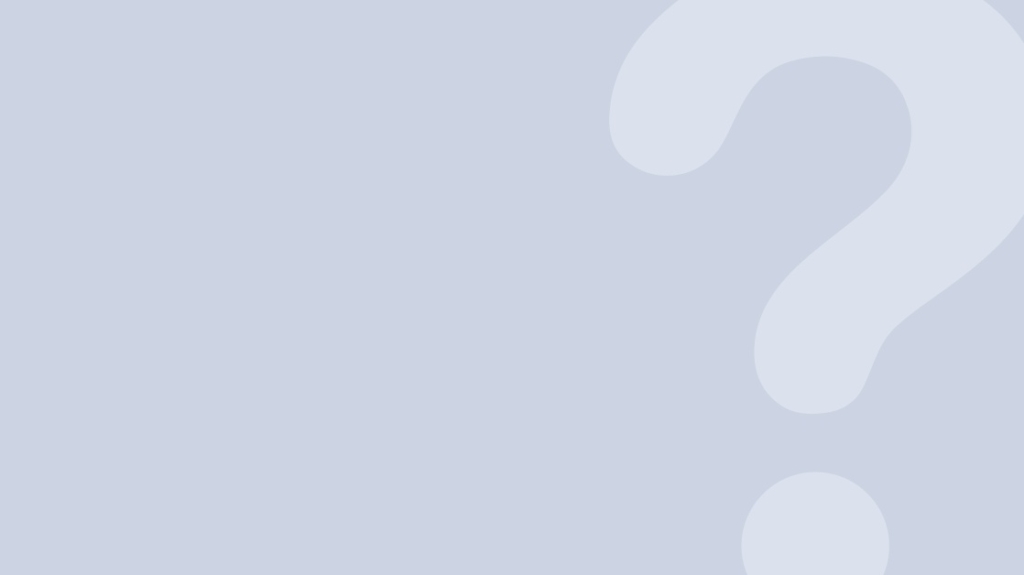 Improving and managing Wi-Fi performance is important to everyone, from home users to large enterprises. Channel width plays a big role in Wi-Fi performance. Selecting the right width can have a huge impact. Getting it right isn't always straightforward, though. With multiple standards and a variety of tradeoffs, it can be hard to keep up with best practices.

Every wireless environment is different and you need to tailor your equipment to the conditions. With 2.4 GHz, increasing your channel width often isn't worth it, and you should stick with 20 MHz. Conversely, with 5 GHz, increasing channel width can improve performance, but there are tradeoffs. With 5 GHz, if you don't have to worry about interference and all your client devices support it, go with the highest width available.

For a practical example of how to optimize Wi-Fi, check out how CBT Nuggets trainer Keith Barker uses NetSpot and SweetSpots to examine channels for potential interference, map his coverage, and improve his home wireless network in this video:

Of course, there are plenty of "gotchas" and the rules of thumb above won't always be best for you. Like most things in tech, the right answer to this question depends on context. Let's explore the "why" behind these generalizations to help you gain a better understanding of the topic.

The 5 GHz Wi-Fi band covers a 150 MHz range from 5.725 GHz to 5.875 GHz. However, an additional range of Unlicensed National Information Infrastructure (UNII) bands widens that range to 750 MHz. Using 20 MHz, there are 24 non-overlapping channels available within the 5 GHz band. Note that this is a generalization and available channels vary depending on location and channel size.

2.4 GHz is more popular than 5 GHz at the moment, but both are widely used. 2.4 GHz is cheaper to implement than its 5 GHz counterpart, so manufacturers leverage it to save costs. 2.4 GHz has also been widely used for a longer period of time, so more 2.4 GHz devices have been deployed.

This popularity does have a downside, though. The prevalence of 2.4 GHz devices and limited number of non-overlapping channels with 2.4 GHz can exacerbate network congestion issues.

Many consumer devices, such as cordless phones and microwaves, use 2.4 GHz frequency bands. As a result, 2.4 GHz bands are more likely to experience interference. The relative abundance of non-overlapping channels on 5 GHz Wi-Fi makes it less susceptible to interference.

5 GHz is faster. 5 GHz Wi-Fi offers faster uploads and downloads than 2.4 GHz. Additionally, 5 GHz benefits from more non-overlapping channels and less interference which can boost performance advantages. However, 5 GHz isn't as good at going through walls.

For instance, you should use 5 GHz for bandwidth-hungry use cases like online gaming (when a wired connection isn't possible) or high-definition video streaming. But keep your gaming console close to the router.

2.4 GHz goes further. The lower frequency of 2.4 GHz is better at passing through solid objects and can cover a wider range than 5 GHz. For comparison across different Wi-Fi 802.11 standards, here's a breakdown of different 2.4 GHz vs 5 GHz speeds and ranges.

For instance, you should use 2.4 GHz if your Wi-Fi clients and router/access point might be separated by multiple rooms. 2.4 GHz will do a better job of penetrating walls and objects between your Wi-Fi devices.

You can use both. It's also worth keeping in mind that simultaneous dual-band routers can broadcast 2.4 GHz and 5 GHz at the same time. This allows you to use 2.4 GHz for some devices and 5 GHz for others and can provide more flexibility. Additionally, if the 2.4 GHz and 5 GHz networks use the same SSID (service set identifier a.k.a. Wi-Fi network name), wireless devices can automatically connect to their preferred bandwidth. In short: simultaneous dual-band routers and modern smart devices can automatically do a lot of the work for you.

What is Wi-Fi Channel Width?

We got an introduction to Wi-Fi channels above. We saw that the 2.4 GHz Wi-Fi band is chopped up into smaller 20 MHz bands for use. These smaller bands are the channels that Wi-Fi devices communicate on. The channel width is simply the frequency range for the channel.

Bonding channels increases throughput, which can improve performance. Thus, the difference between 20 MHz and 40 MHz is throughput. 40 MHz has higher throughput than 20 MHz thanks to channel bonding.

There are downsides to channel bonding. While 40 Mhz might have higher throughput than 20 Mhz, it also reduces the number of non-overlapping channels. This increases the probability of interference. Additionally, not all Wi-Fi client devices support channels other than 20 MHz so compatibility can be a concern.

If you are exploring router specs, studying for a Network+, or trying to determine Wi-Fi compatibility, 802.11 has likely come up. IEEE develops the 802.11 Wi-Fi standards, and these standards dictate what speeds and frequencies are supported.

Here is a quick rundown on the well-known IEEE 802.11 standards:

It is important to note that maximum theoretical speeds are NOT the same as real-world speeds. In other words: With any given Wi-Fi version, you can expect slower actual speeds than the max speeds listed here.

In April of 2020, the FCC announced they will open up the 6 GHz band for Wi-Fi and other unlicensed use. The additional 1,200 MHz is the biggest addition of usable spectrum in decades. Wi-Fi 6 devices capable of using the 6 GHz bands will be known as "Wi-Fi 6E". The "E" signifies the extension into the 6GHz specturm.

Wi-Fi 6E devices aren't readily available today, but you can expect to see them on the market in late 2020 and early 2021.

In short: Wi-Fi 6E will enable some big improvements, but it'll be some time before it becomes the norm.

Dual band refers to Wi-Fi routers that support both 2.4 GHz and 5 GHz bands. Using a dual-band router allows you to get the "best of both worlds". Higher speeds and lower interference for 5 GHz devices, and wider range for 2.4 GHz devices. It is very common for modern Wi-Fi routers to support dual-band functionality.

With an understanding of Wi-Fi frequencies and channel bonding, we can now dive into the decision-making process. As we go, remember that a prerequisite for using any particular channel width is device support.

In the majority of cases, using wide widths on 2.4 GHz isn't worthwhile.

The performance tradeoffs from interference on overlapping channels will likely outweigh the throughput benefits. One possible exception to this rule is remote areas where there are not many other Wi-Fi networks or devices.

With 5 GHZ, things get a bit less straightforward. There are valid use cases for multiple different Wi-Fi channel widths. The best bandwidth for 5 Ghz is 40 MHz. However, there are other considerations as well.

Use 40 MHz to strike a balance between minimizing interference and maximizing throughput.

40 MHz offers more throughput than 20 MHz. It still leaves room for a dozen or so non-overlapping channels. This enables you to improve performance relative to 20 MHz, and without risking the interference associated with 80 MHz.

If Wi-Fi clients are close to your router, your Wi-Fi devices support 80 MHz, interference isn't a big issue, and you want to maximize throughput, consider 80 MHz.

If all your devices support it, and overlapping channels is not an issue, 80 MHz channels leave you with four or five non-overlapping channels. This increases the likelihood for interference. Additionally, clients often need to be very close (< 15 feet) to the Wi-Fi radio to get the most out of 80 MHz.

There are two common use cases for 80 MHz: mesh backhaul and bridging. However, any application where distances are minimal and there isn't too much congestion can make sense for 80 MHz.

Conceptually, the takeaway here is that you must strike a balance between compatibility, throughput, and interference. While it seems intuitive that the right answer is always "up the width if you can", it just isn't that simple.

Interference from overlapping channels can wreak havoc on network speeds, so you must account for it. This is particularly important in cities, industrial areas, and large businesses where high levels of wireless traffic are common.

At this point, the use cases for 160 MHz are limited. However, as 802.11ax (Wi-Fi 6) grows in popularity, we can expect to see use of 160 MHz widths grow as well. With 160 MHz, there is only one available non-overlapping channel, so there will be interference tradeoffs to consider with 160 MHz.

Of course, the 6GHz band and Wi-Fi 6E will change this narrative in the near future. The additional spectrum in the 6 GHz band will allow for 14 more 80 MHz channels or 7 more 160 MHz channels.

How to Automate Wi-Fi Channel and Width Selection

As you can see, there's quite a bit to selecting Wi-FI channel and width selection. However, there are ways to automate the process.

For example, some Wi-Fi routers enable automatic detection and use of a channel size based on network conditions. This is usually achieved by selecting "Auto 20/40" or similar option as your channel width. Similarly, with most routers and devices, channel selection can be negotiated automatically. If you're not experiencing issues, and aren't looking to optimize performance, sticking with these settings makes sense.

How Can I Check for Wi-Fi Interference?

When it comes to selecting the right Wi-Fi channel width, every situation is different. By understanding the fundamentals, you can more effectively select a configuration that works best for you. While there are no one-size-fits all answers to the "20 MHz, 40 MHz, or 80 MHz?" question. However, understanding 2.4 GHz vs 5 GHz frequencies and the tradeoffs between non-overlapping channels and speed goes a long way.