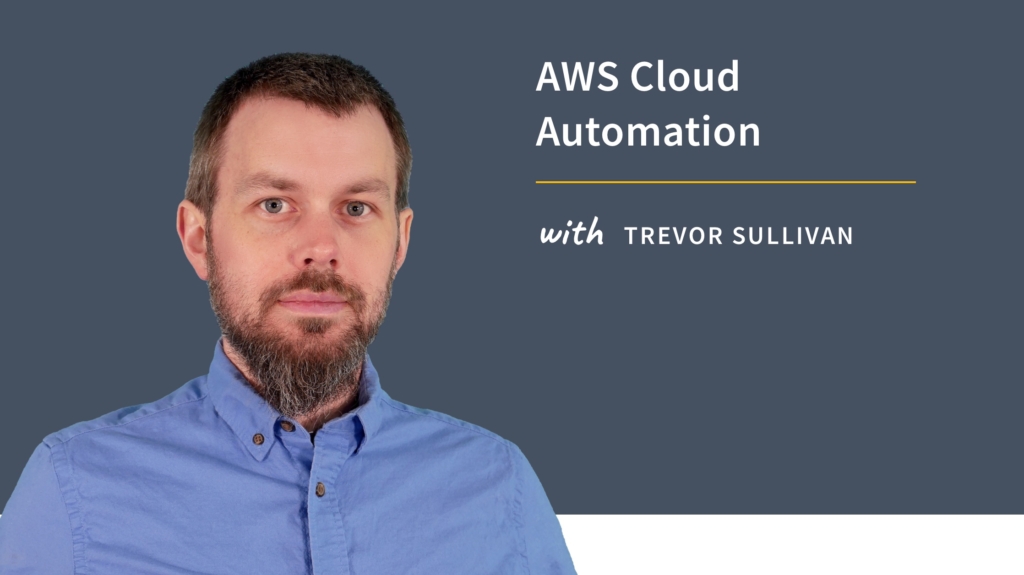 The technologies around enterprise networks are constantly receiving cutting-edge updates, but the technologies themselves have been around for decades. And for much of that time, the best way to control infrastructure and improve a systems reliability or security was with more money. Throwing people and dollars at a network’s problems was the only realistic solution before infrastructure as a service.

Now, cloud infrastructures allow for robust platforms that couple with automation frameworks so that enterprise networks can have their resources controlled, scaled, secured and deployed efficiently and with much less effort than ever before. This AWS Cloud Automation training is how you can learn what infrastructure and deployment automation tools and resources exist and how to leverage them.

The 64-part series covers topics such as automating infrastructure with versioned templates for easy replication, automating deployment with cloud-native tools that reduce effort but increase velocity, and scanning for and automatically flagging or even correcting anomalies or failed resources as well as:

The 64 skills that comprise this series include:

While this training may not map to a certification, it’s still valuable skills training for cloud administrators looking to learn AWS automation tools.