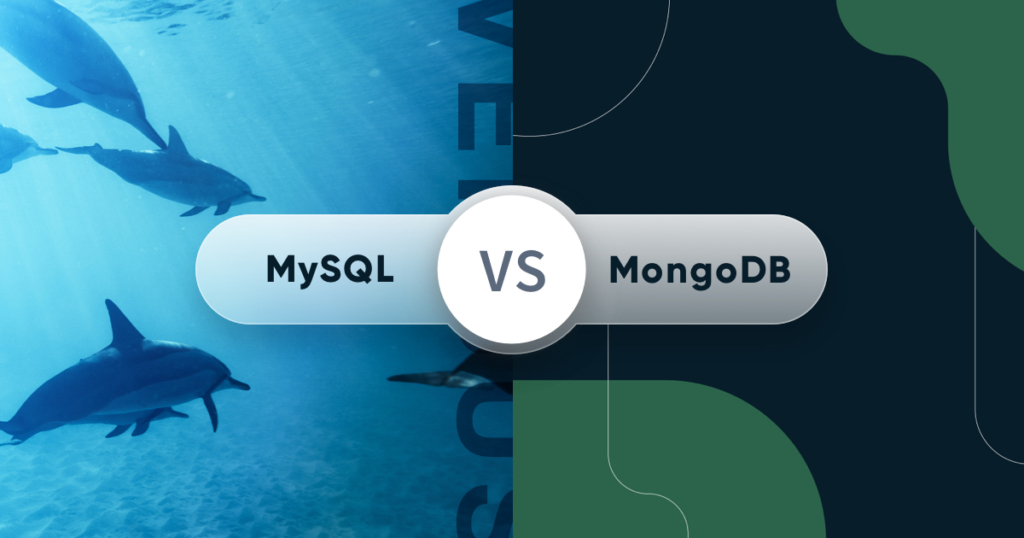 Database selection is a crucial part of any successful project or application development work. Different data storage systems can support or hinder the success of your project based on various factors such as performance, scalability, and flexibility.

This post will explore some of those differences to help you determine which database is right for your operational needs, your next project, or just as a general guide if you are interested in either of these database types.

MySQL provides indexes that help speed up queries based on different types of criteria, which is good if you are looking for better performance in your data operations. These indexes allow MySQL to narrow down results faster as the data is read from the disk.

Indexing has a cost, however, as each index must be updated every time a row of data is changed or added to the table. The process of updating an index is called “rebuilding” and can have a large negative impact on system performance if a rebuild needs to happen during peak load.

If a statement fails, all changes will be rolled back. At the row level, however, a two-phase commit is used which can rollback changes made if any of the rows in your query fail to update successfully.

MongoDB is a modern, high-performance, open-source NoSQL database available for free under the AGPL license.

The concept of NoSQL databases was introduced because developers were tired of dealing with relational databases that failed to meet their needs as data volumes began to grow exponentially. The next major shift in the data storage industry is SQL-on-Hadoop, but it takes time for this to reach its potential.

MongoDB was designed to handle unstructured data while MySQL is a well-established traditional relational database management system (RDBMS). MongoDB uses a custom-built storage engine, whereas MySQL comes with InnoDB as its default. In addition to this, each database has different syntax and capabilities so they won’t work in the same way.

MongoDB does not offer transaction support at the document level. Instead, it groups multiple operations by utilizing the begin command, which can run in isolation on the same document or collection of data.

It then returns a unique identifier for this transaction. The process of undoing any changes made is called a “rollback” operation, and also uses this identifier to determine what needs to be undone (rolled back).

There is no document-level join in MongoDB, however, it is possible to store related documents in sub-collections, but this adds overhead and you might see some performance issues as a result.

The reason joins are not supported is that MongoDB expects there to be a primary key on every inserted record, which is used to identify unique records. Joins introduce ambiguity about what the unique identifier is supposed to be, which can cause problems with data integrity.

Transactions are supported by groups of operations as described above, but this has caused some users to look for other alternatives due to performance issues and bottlenecks.

Another thing to consider is that, as a document-oriented database, MongoDB does not support foreign keys.

Foreign key constraints are currently not working in MongoDB, and can cause serious data integrity issues in an application. For this reason, it is best to avoid them entirely.

What to Consider When Choosing a Database

MySQL and MongoDB are both popular open-source databases with a large user base and strong communities. Both of these solutions offer excellent performance, scalability, and data integrity among many other features.

There are a few similarities between these two database types, but as they operate quite differently you might not find all that much that they have in common. They are both open-source and free to use without charge.

One of the most notable differences here is a difference in the way storage is implemented in the two systems. MongoDB uses JSON documents to store data in a structured way, while MySQL uses a more traditional table and row storage system. This is also known as a row-based design, which involves storing each row in a separate block on a disk.

Each table’s data is then allocated in contiguous blocks of memory when it is run so the entire table can be read quickly using sequential reads.

This design can be more flexible because the documents that it uses are not expected to share the same structure, but it also means that multiple reads must occur to retrieve all of the information for a document.

For monitoring unregulated large quantities, MongoDB has proven to be more effective than MySQL. Once a set of data is written into MongoDB, the user only takes a hit on it once.

As a result, subsequent writes will be almost instantaneous because they will be performed in memory. MySQL can be quite a bit slower in some instances when compared with MongoDB, especially when handling huge amounts of data.

There are issues with MySQL when it comes to unstructured data. There are many tables that were created to distribute the data, and they’re all open for interpretation and writing.

The reason behind this is that the data is contained in individual folders. Furthermore, it allows users to determine how severe the workload problem is. In addition, it allows them to write and read data in the same region.

Both MySQL and MongoDB have robust security built in in the way of TLS encryption. This makes it very difficult for an attacker to intercept data in transit as the information is not readable to unauthenticated users.

MongoDB can also create data that uses an encryption key that is not readily accessible by the system, meaning that it can securely encrypt data when it is being stored.

Both Mysql and MongoDB use role based permissions for users, so there are no real differences in data security management by way of user permissions. Both of these systems can be used securely in real-world environments without too much configuration.

MongoDB supports only a limited set of structured data types while MySQL can handle an unlimited set of data type options for custom applications. With Mongo

MySQL’s performance degrades when you use large quantities of data. This is especially true for unstructured data. As a result, the data is spread across many tables, which are open to writing and interpreting.

MongoDB uses a native JSON-like format which makes it very easy to query and filter data.

The main reason for this is that MongoDB is designed as a document-oriented database rather than a relational one, so MySQL works well with its preferred approach.

In addition, MongoDB records don’t have the same structure so they can’t be easily mapped to a SQL database.

In MongoDB, the query doesn’t have any defined order. So if you want to add an order by clause, then it will be handled by the client on their side rather than being done automatically by the server.

In MySQL, users can simply add a table for sorting columns which saves time and effort.

MongoDB is thought to be easier for developers to understand as it does not require relational database principles to get started. Instead, MongoDB has no specific schema enforcement, which makes it highly adaptable for programmers that want to access data in an unstructured way.

MySQL on the other hand requires relational database experience. Developers need to understand what the fundamentals of databases are before they can start programming queries into their code. Relational systems offer enhanced safety and security because of their structure, making them a little more cumbersome to understand.

MongoDB can be used for data that doesn't necessarily need to be locked down and secured, making it a better choice for developers that need the agility and options that an unstructured database can offer.

That's not to say that MongoDB can't offer basic security for users via the common ACID properties. It does offer this kind of functionality, so there are options for developers when they are designing the data storage components of their applications.

If you are already familiar with T-SQL and basic SQL style commands, then picking up MySQL is not difficult at all. It all depends on the level of skill that you have when it comes to relational databases.

MongoDB is very easy to scale when sharded clusters are used. This makes it possible to create replicas of the data and distribute it over multiple servers, giving the platform the advantage of scaling out with additional resources as a new server comes online.

As an added bonus, the way that this data is replicated makes it an ideal choice for robust disaster recovery scenarios.

MySQL cannot scale as well as MongoDB, due to the fact that multiple servers cannot be used to read and write data. Instead, multiple read instances can be created, giving the data more coverage to be accessed.

Another option is to enhance the hardware of the database server, giving it more resources to cater for more users, but this has its limitations.

MySQL vs MongoDB: Which Database Management System Should You Use?

When you consider the MySQL vs MongoDB battle, it’s important to think about how each database was designed to work. MySQL is more of a traditional RDBMS, whereas MongoDB is designed for unstructured data.

That said, some people use them together to get the best of both worlds to complete specific tasks and projects.

The right solution for you will be the one that can give you the kind of performance that you need to optimize your business processes. MongoDB scales up easily, allowing developers to scale their applications without any downtime.

MySQL doesn’t allow you to do this because it uses clustering, which is hard and makes it harder to implement business logic.

MySQL and MongoDB both have a place in your business data environment, and you will need to decide where each one will fit if you are going to adopt either or both for an upcoming project.

Both of these options are suitable for most databases but each has its pros and cons depending on your specific needs. At the end of the day, it all depends on what you are trying to accomplish.

If you are still deciding on which database to use, make sure it is the right fit for your needs. With MySQL and MongoDB both being good options in most instances, it can be difficult to know where to start when choosing a database.

It might still be worth your while to take some time to look into what the databases offer that makes them different from one another before making any decisions. If you are having issues deciding, why not try both of them out? They will cost you nothing to install and play around with until you get a feel for which one is right for the job.