How Much Can You Save with SDN? 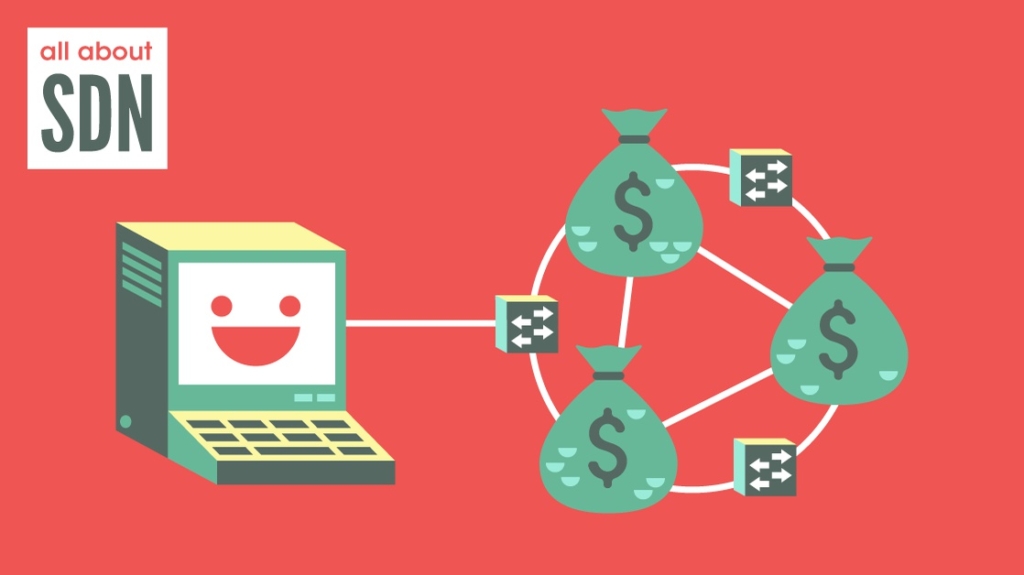 If you aren't familiar with software-defined networking (SDN), it can be a complicated beast to get your head around. Imagine what virtualization has done to storage. Previously, data was stored on each individual server's disks and only that server's storage controller could get to it. If that server failed to boot, then you couldn't initialize the storage or access any of the data.

SDN does something similar to networking. The intelligence of how to handle, shape, and route traffic (usually called the control plane) is removed from the individual pieces of network hardware, along with the individual management planes where you can change configs, update firmware, etc. Everything is now managed by a central controller which has an end-to-end view of the entire network. The box itself retains the data plane, which actually sends and receives the 1s and 0s.

Advantages of an Intelligent Network

The controller can make more intelligent decisions about routing. As opposed to individual standalone routers that talk to each other to determine their place in the network, the controller knows and sees all. Shorter routes aren't the only advantage, traffic can be automatically rerouted in the event of a site outage.

Configuration changes also become much easier. Need to add a VLAN or ACL to 10 or 20 or 2,000 switches? Logging into each one and running the necessary commands will be heinously painful. Writing scripts to make the change for you is an improvement, but they still have to be maintained and tweaked as the network changes. With SDN, login to your controller, make a change, push it out, done.

The cost savings are obvious. You save tons of time and administrative overhead making config changes. You also save yourself from potential outages from misconfigurations. With new open standards being adopted, you're freed up from the inherent expense of long-term vendor lock-in, meaning that heterogenous environments need no longer be the norm.

For a perfect example of leveraging SDN in the real world, we don't have to look any farther than Google. They maintain one of the largest networks in the world and have built their own custom SDN network stack called Andromeda to manage their network Google describes it as "the orchestration point for provisioning, configuring, and managing virtual networks and in-network packet processing." Imagine changing their massive worldwide network manually and you'll see just how SDN provides all the magic.

As cool as that sounds though, Google's not perfect. Google Cloud Compute suffered an 18-minute outage in April 2016, however, the post-mortem report sheds some light on the day-to-day operations of Google's SDN setup.

The outage was caused by a software bug removing all of the advertised IP blocks for Google Cloud Compute, effectively stopping all inbound traffic. We see SDN features all over their setup, software automatically pushing config changes out to the global network, fail safes to verify changes as they are rolled out in a controlled manner across sites, automatic and intelligent routing of traffic to online sites when some started going dark, and immediate remediation of the incident by reverting from the bad config.

Issues with SDN management software did cause the outage, but it also saved the day by allowing for quick remediation. Lessons were learned, bugs were fixed, and we're sure no one at Google said, "Maybe we should ditch this SDN stuff and go back to configuring routers on six continents by hand."

If It's Good Enough for Google…

Google's leveraging the power of SDN. How about you and your data center? This is still a growing field and we only scratched the surface. For a much more technical introduction, check out Anthony Sequeira's SDN Fundamentals, complete with amazing Star Trek and Pearl Jam references. A part of the CCNA Cloud certification, this is a great starting point to better understand SDN — and the role it could play in your data center.