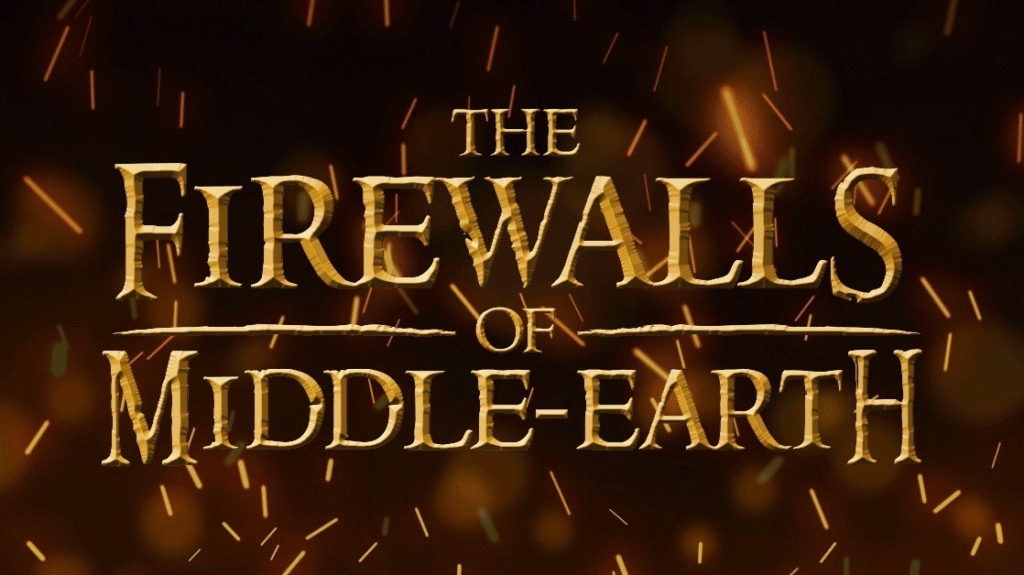 Middle Earth is kind of a medieval place. Swords. Castles. Horses. But, have you ever thought about a few of their high-tech security features? We have. 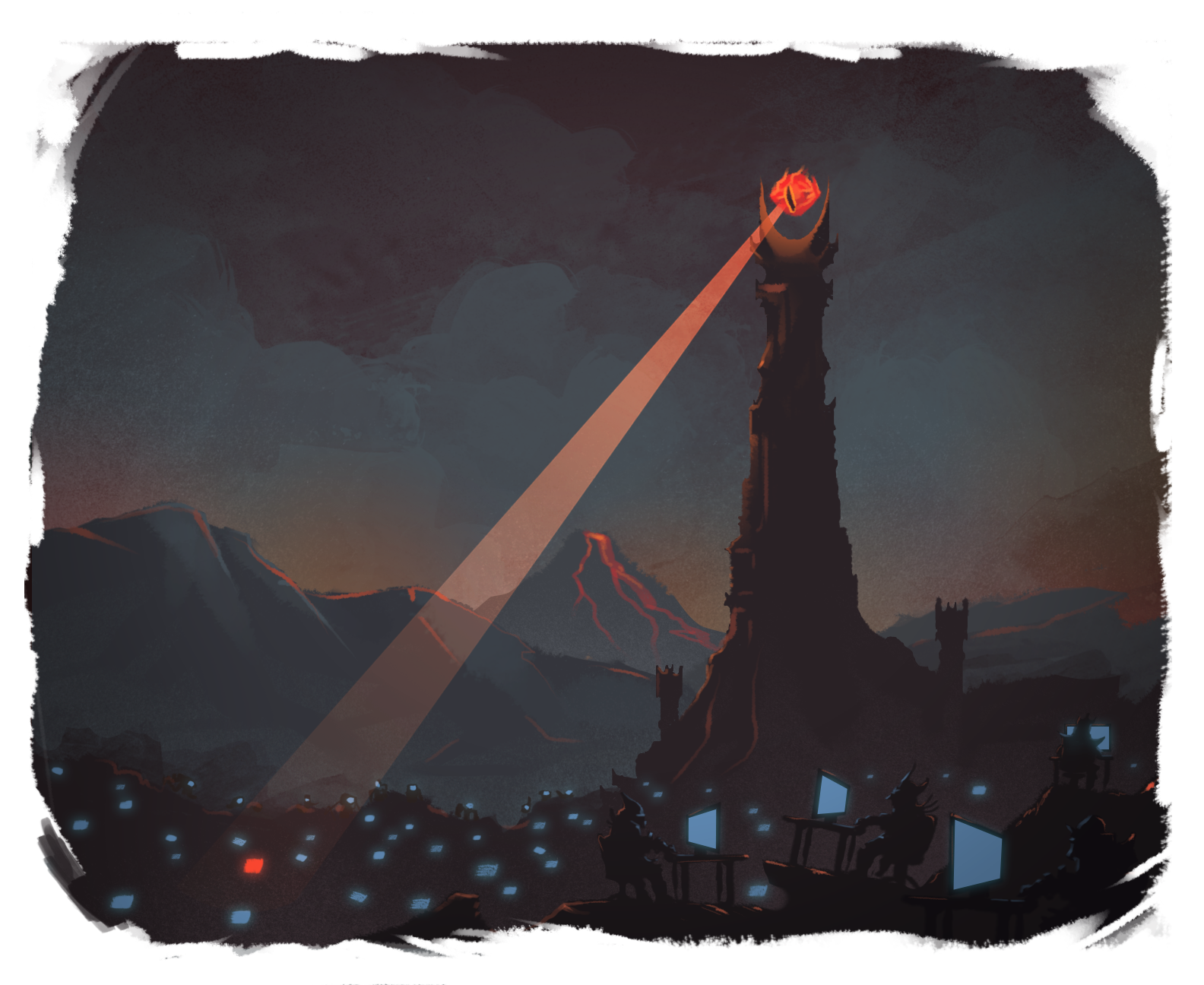 As an network admin, does it ever feel like you have an all-seeing eye? Few can endure your terrible gaze as you audit traffic for policy violations. You, too, should have the lidless eye symbol emblazoned upon your door as a symbol of your omnipotence. Actually, don't do that. Or do it. Whatever you want.

In any case, unlike Sauron, I'm sure your procedure doesn't involve the Nazgul, probably just shutting down a port. Or maybe you just send them an all-knowing IM. 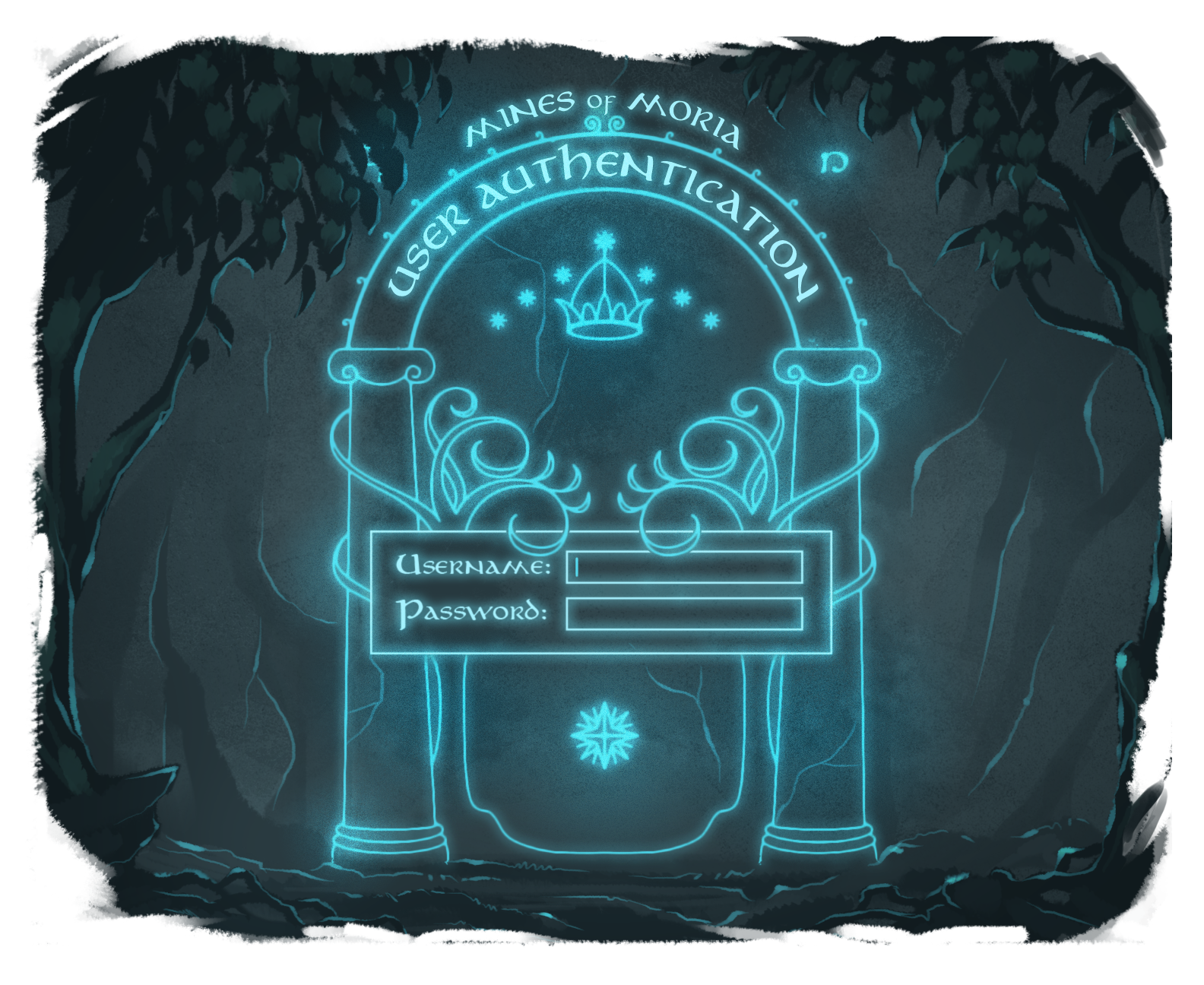 Ah, the Doors of Durin. When a blizzard forces the Fellowship to pass under the mountain rather than over it, they arrive at an encrypted tunnel door. In order to enter, they must authenticate with a spoken password, which is, wait, it's written on the door?! They might as well have written down their password on a Post-it and stuck it on their monitor. Anyways, what does this sound like? Encrypted tunnel? We thought VPN.

Though that's not a perfect analogy. Unfortunately, the Great Gates on the eastern side were destroyed in the Battle of Azanulbizar, so it's no longer encrypted on both sides. It's also not the safest passage to the eastern side of the Misty Mountains, but, hey, the travelers took their chances. Even Cisco has an unexpected Balrog sometimes, maybe just not to a Cisco's Bane-level, which brings us to… 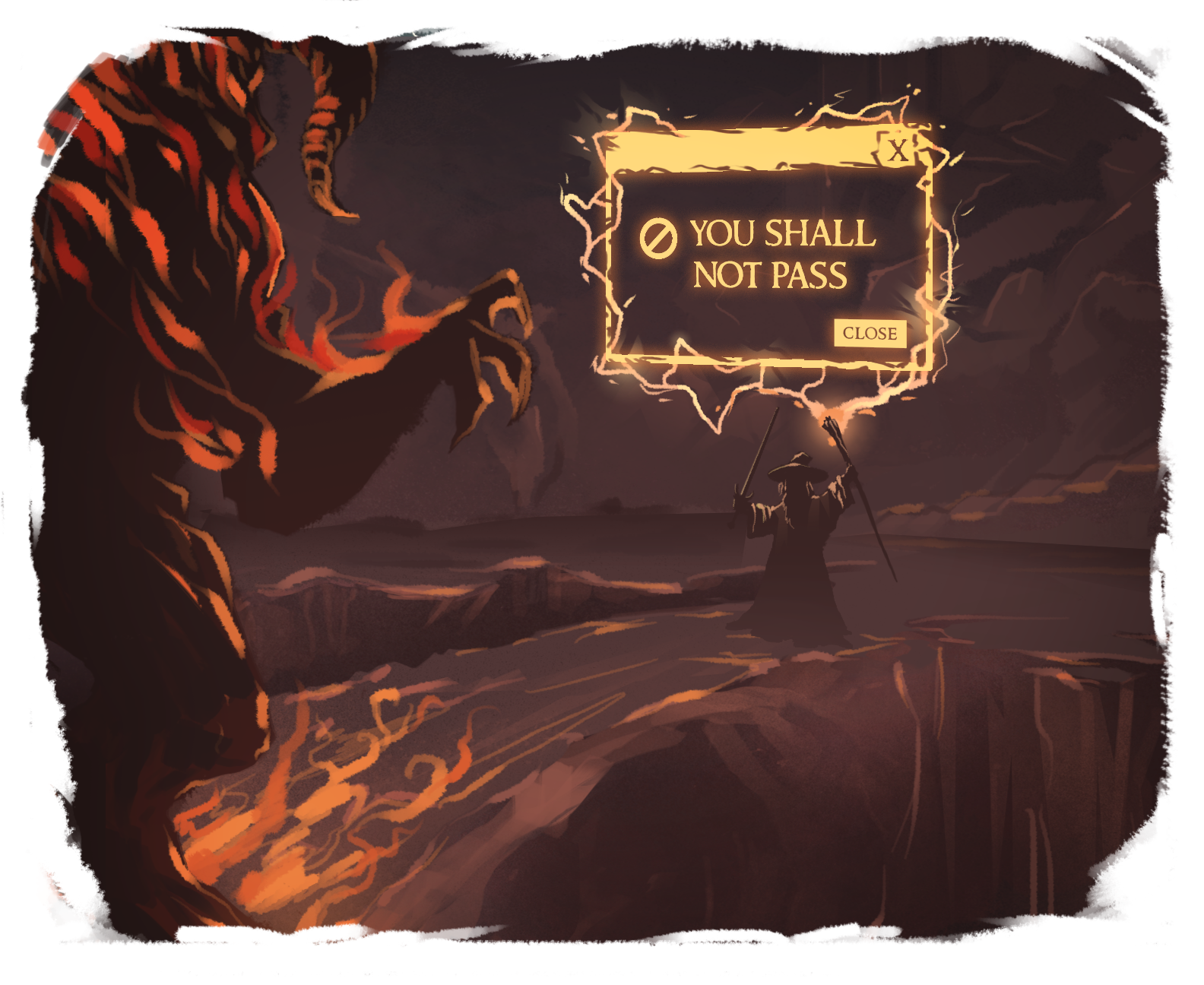 Finally, let's talk about layering security features. The Mines of Moria has a few layers of defense (besides being inside a mountain, which you think would be enough). There's the western Doors of Durin, the once-Great Gate to the east, and then there's the Bridge of Khazad-dum. Physical security wasn't quite enough to defeat or even defend against the Balrog, they needed a wizard. You know how the rest of it goes.

Your firewall's battle against the outside (and inside) world is probably not as epic as Gandolf's last stand with Durin's Bane, but all day, every day it's silently saying "You shall not pass" to the network's Balrogs, goblins, orcs, and even hobbits.

Did we miss another Middle Earth firewall or security feature? Let us know in the comments.

P.S. – Not a subscriber? Start your free week.