How to Leverage Your CCNA into a Promotion 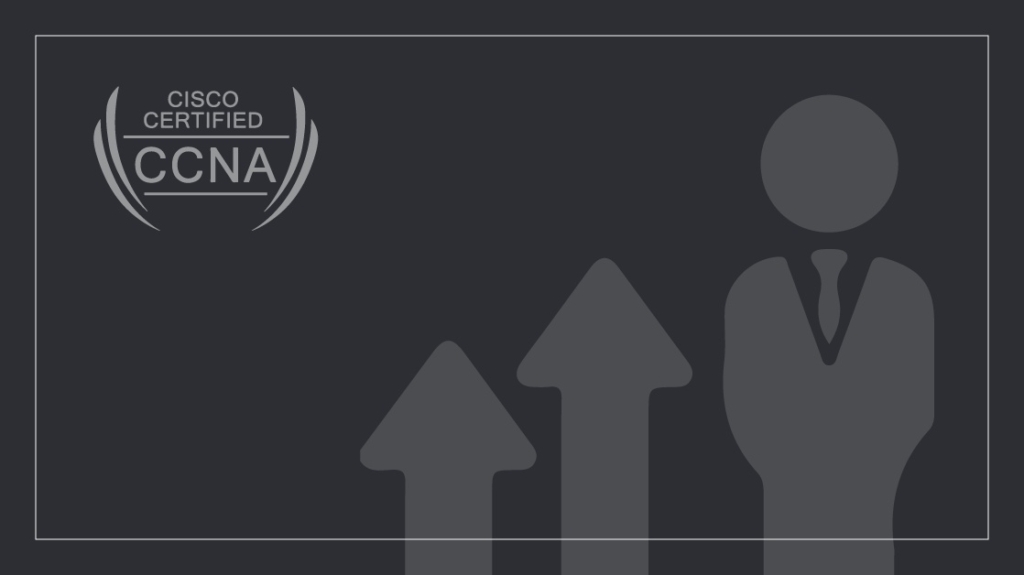 Congrats! You passed the CCNA. That means you're ready to take on more technical responsibility. More responsibility means a promotion, which hopefully means a raise! But one step at a time. Here's how to ask for a promotion after earning your CCNA.

Does a CCNA automatically guarantee a better job?

It depends. There are lots of factors at play here: your company, their staffing and tech stack needs, your previous experience, office politics, your boss, your boss's boss, your current role, and how you sell it. One thing we can say with certainty, never go for certification and assume it will automatically lead to anything. Not a promotion, not better pay, not even new and developed skill sets, necessarily.

Certifications are an investment in your personal and professional growth. They are one part of a greater benefit and value you bring to an employer. You can burn through test prep materials, rotely memorize all the right facts and terminal commands, ace the test, and really not grow as a network engineer.

Is your goal to learn or simply to pass a test? Passing the CCNA (or any other exam) is a big deal, and we don't want to downplay the accomplishment. It validates all the things you should have learned in your first couple of years on the job.

But, learning requires a greater investment than just hitting the books and labs. Learning means you understand how things work the way they do. You can memorize the commands to add a VLAN and assign a port, but understanding what's actually happening under the hood makes you a real engineer.

That deeper knowledge means you can track down a problem, build a network, and, ultimately, perform at a higher level. Those are the things that earn you a promotion — the day-to-day.

Can't I just ask for a promotion already?

At the end of the day, the CCNA does demonstrate that you're someone who set a goal for yourself, met it, and leveled up your network skills on Cisco gear. You are, to some degree, a more valuable asset to your company. Whether they want to reward you for that is a bit tricky though as we've discussed, there are lots of variables at play.

Let's take the size and status of a company. If the company's small and you're half of a two-person team, don't expect to be promoted to Senior Network Engineer with a salary to match. Everyone on a small team generally wears many hats. There's just not the opportunity for specialization on a bigger team. You can probably expect to become the go-to person and that's definitely something to boast about on your resume and LinkedIn.

Maybe you're on a team big enough for specialized roles and took the CCNA to get a boost up from help desk into networking. Great move! Unless the role is already filled. Not a bad time to make good friends with the network engineer, if you haven't already. See if there's any grunt work you can take off their hands. They'll probably be happy to oblige — and you'll be primed to take their place if they ever move on.

It's a common misconception that you can't get experience in a role before formally being promoted. But there are a ton of good ways to get hands-on experience. Be careful with office politics here, though. Your boss or their boss might take great offense at you moving out of your lane. Be upfront with everyone about your desire to lean into the networking side.

Know your boss before you ask

Different people, especially if they've been in the industry for a while, regard certifications differently. Some view certifications as valuable — a way to grow and demonstrate skills. Other supervisors don't see the point. They maintain that certs only prove you can regurgitate answers to multiple choice questions. In the middle are bosses that value your commitment to accomplishing a goal, but also hardly think you're an expert now. Their sentiment is much more realistic than the others. Know where your boss stands on the topic. It'll help you frame your request.

Next, think about how to approach your boss. "Hey, I got my CCNA, can I get a raise?!" will fly like a lead balloon. Instead, be prepared to sell yourself — and not just yourself, but your value to the company. Ask for a meeting instead of dropping by and interrupting, and be prepared.

Compile a list of the time you've invested in the company, successful projects, great customer and ticket metrics, skills learned, certs earned, and positive annual reviews. Notice how the cert was one small part of a bigger picture you painted? Quite simply, someone with a cert who can't seem to get anything done is not as valuable.

Ultimately, asking for a promotion is a massive topic. We're just trying to give some context for your shiny new CCNA and how it plays its part.

Maybe it's time to move on

Sometimes there's just not enough room on a team for a senior role. Maybe there's a pay freeze with no end in sight. Or maybe you were flat-out denied a promotion or raise. In those cases, it might be time to see where your CCNA can take you. In IT, you often have to move horizontally instead of vertically for more money. That's just the reality.

Job hunting is a whole different conversation, but don't worry, we have you covered!

That CCNA can greatly benefit your career growth — whether that's with your current or future employer. Either way, you've pushed yourself into greater things and taken a big step toward achieving network ninja status, best of luck and get going on that CCNP!