Why You Should Learn Python 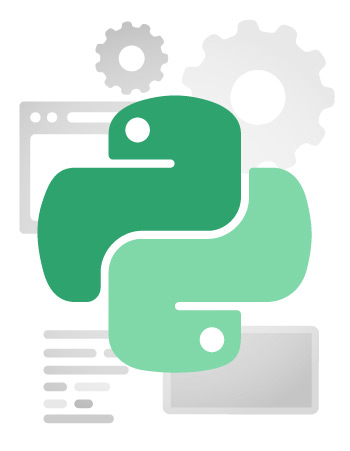 From the phone in your pocket to the dashboard of your car, you're surrounded by computers. They give us directions, keep us in touch with loved ones, find recipes for Thanksgiving dinner, and program our DVRs when we're not home. Programming is quickly becoming a must-have skill in today's job marketplace, but where to start?  If you've already begun, how do you keep up with changes?

The Python programming language is an appealing answer to both of those questions. Here are five reasons why Python is a language to learn:

It's great for beginners. Python offers a very low bar for entry into programming. Its terse syntax and English-like grammar make for an easy introduction to software development concepts and structures. It's now the most popular choice among students at U.S. universities.

It's also great for experts. Python is feature-rich and doesn't cut any corners when it comes to the power and flexibility that modern developers need. This includes object inheritance, functions as first-class objects, exception handling, and modular libraries. Python stands toe-to-toe with more well-known languages like C or Java, and in many cases, offers better performance and efficiency.It has a vibrant community. Vital to the success of any language is the community of users and developers that support it, and Python has one of the best. The Python Package Index is home to thousands of useful third-party libraries that you can download and implement right away. It also has robust documentation, active online user groups, and many conferences and workshops every year.It's platform-independent. Python programs are only partially compiled into Bytecode before being distributed to end-user systems where they are fully compiled in real time. This means you only have to write your programs once, and they are compatible with hundreds of different run-time environments. If there is an interpreter built for a system, that system can run your Python code. If there isn't an interpreter built then see the following tip!It's free. Python is distributed under an open-source license (OSL) and is free of charge to use in any application. This means it's not only inexpensive to get up and running on Python, but you can ensure there's a Python interpreter built for any scenario you can imagine. Python's OSL ensures you have a short and inexpensive time to market for for your development efforts.