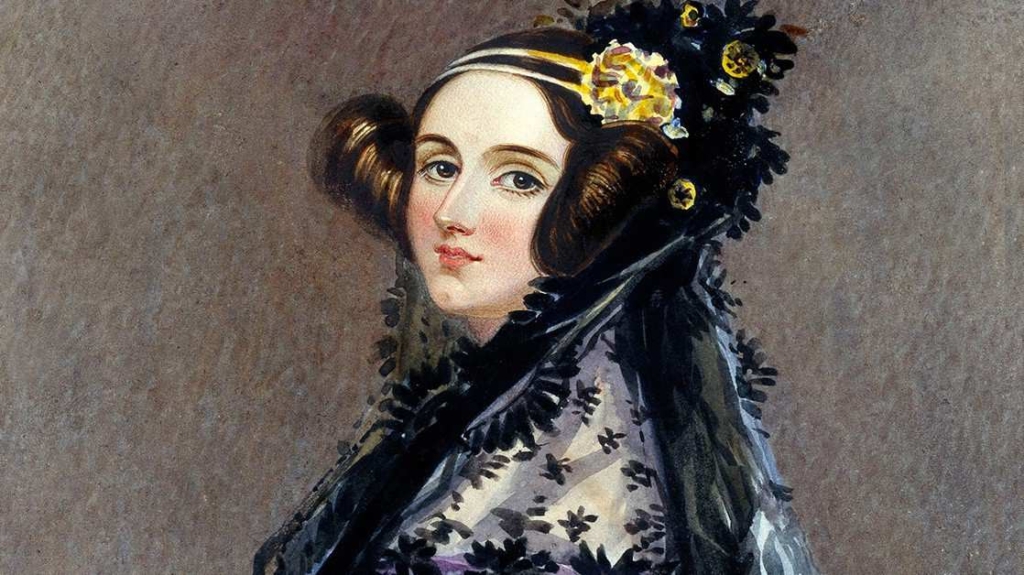 Today (October 11, 2016) marks the seventh annual Ada Lovelace Day (ALD), which recognizes the achievements of women in science, technology, engineering, and math (STEM) careers by looking back at one of the most important pioneers in computing.

Let's take a look at a few reasons why Ada Lovelace is awesome.

Her mom encouraged her to learn math.

Ada Lovelace was born in 1815, during an era when women did not actively seek careers in science, technology, engineering, or math (STEM), backed by cultural stigma that discouraged women from pursuing these paths. Her mother, Lady Wentworth, didn't care. She actively encouraged her daughter's interest in mathematics. She also didn't want Lovelace to turn out like her late husband, Lord Byron. Wait. What?

Yeah. Lovelace's dad was Lord Byron, and he was a jerk. A few months after Lovelace was born, Lord Byron fled the country and died eight years later. Lady Wentworth understandably remained bitter, and pushed Lovelace's natural interest in mathematics and logic to prevent her from becoming anything like her father.

She worked on the first computer ever.

Lovelace described herself as an analyst who studied what she referred to as "poetical science." Her mathematical talents led her to form an ongoing, working relationship and friendship with "the father of computers," British mathematician Charles Babbage. Lovelace and Babbage worked together on the Analytical Engine, one of the first mechanical computers, and the first with the same logical structure that would dominate computer design in the electronic era.

She was the first computer programmer.

To be clear, she wasn't the first female computer programmer. She was the first programmer. Full stop. In 1843, Lovelace translated an article about the Analytical Engine from Italian into English, and then published it appended with her own notes about computer science. Lots of notes. More notes, in fact, than the actual article. Most importantly, the notes (inventively titled "Notes") contained what many people consider to be the "first computer program."

Unfortunately, Babbage never finished the Analytical Engine, so she never had the chance to run the algorithms she wrote. "Notes" also described how code could be created for the machine to handle letters and symbols along with numbers, and theorized a method for the engine to repeat a series of instructions, a process that is known today as looping.

Yeah, Alan Turing, the father of the Turing Test, very specifically opposed Lovelace's famous 1842 statement that computers "can never take us by surprise," dismissing artificial intelligence. Turing famously rebutted her assertion in his seminal work, "Computing Machinery and Intelligence," saying that machines would one day learn independently. Think about that. She was thinking about machine learning in the 1840s. That's wild.

She saw computers in her math.

Lovelace envisioned computers going beyond simple calculations back when computers couldn't even do that much. Her viewpoint of "poetical science" led her to uniquely predict ideas for the capability the Analytical Engine, seeing it as more than a tool that could crunch numbers, even if these capabilities weren't able to happen during her lifetime. She thought of the machine not as a tangible item, but more as a concept, with her imagination being the only limitation in how far the machine could go.

During her lifetime, Ada Lovelace made huge strides toward developing what has been referred to as the "first computer program." Her work gave her the standing to be revered as one of the first intellectual minds in computer science. Unfortunately, her work went largely unnoticed during her lifetime. More than century after her death, author B.V. Bowden discovered and republished her work in his 1953 book, Faster than Thought.

After "Notes" came to light, Lovelace was quickly recognized as one of the first computer scientists, receiving numerous posthumous honors for her work — and encouraging a new generation of women to create new and innovative paths in STEM.

Whether your inspiration for forging a path in a career in IT is Ada Lovelace, inventor of the spanning-tree protocol (STP) Radia Perlman, or any other IT great, we at CBT Nuggets want to encourage you to learn as much as you can and train with us. Get started now! Not a CBT Nuggets subscriber? Start your free week now.