How Many CCIEs Are There In The World? 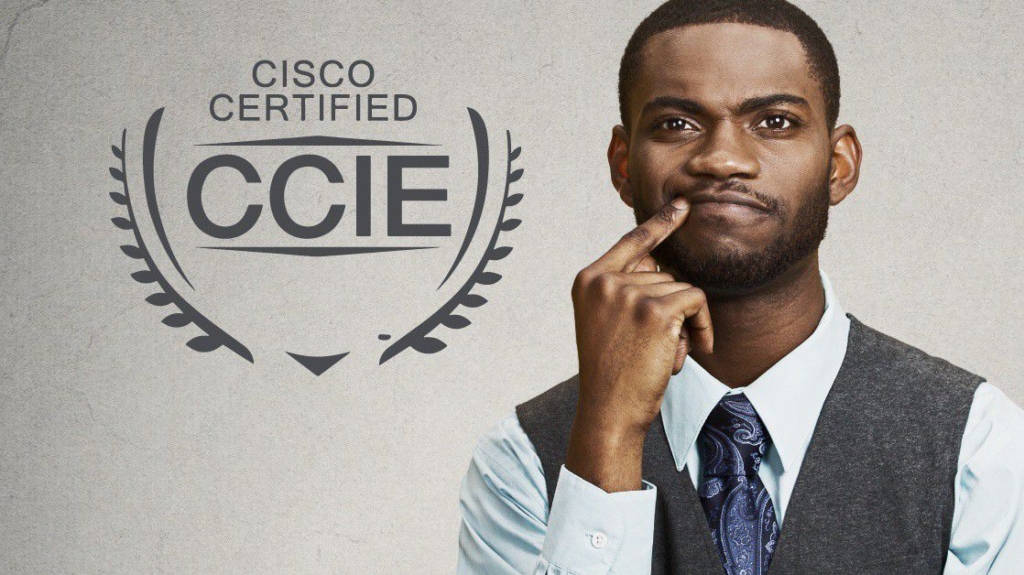 It seems like it should be easy to pinpoint the number of CCIEs in the world, but it's not that straightforward. There are a few good blog posts, forum posts, and sites that address this question with varying degrees of accuracy.

Here's how many CCIEs we think there are in the world — enumerated from three sources — CCIE numbers, CCIE Hall of Fame, and LinkedIn.

Because CCIEs are numbered sequentially, it should be easy, right? Just subtract the highest reported CCIE from the first CCIE number issued to a human, which is #1025. It's just a matter of finding the highest CCIE number.

We had a CBT Nuggets learner recently earn his CCIE R&S with the help of the CBT Nuggets Learner Community in October 2018. (Congrats, Jacob!) His number is #60,501. By subtracting from Stuart Biggs' first CCIE number, we know Jacob became the 59,476th CCIE.

Between November 2017 and October 2018, Cisco issued at least 2,904 CCIEs (divided by 690 days). From these numbers, we can roughly assume Cisco issues about four CCIEs per day.

Whether or not they've maintained their CCIEs through recertification is another story — a story we tell in this video.

How many people have multiple CCIEs?

In total, CCIE Hall of Fame reports that 16,548 people have earned 19,973 CCIEs. Further, we can count how many CCIEs these highly skilled (and perhaps overly skilled) individuals have.

Which CCIE do most people take first?

The Hall of Fame doesn't seem to list people's multiple CCIEs in any discernible order (like alphabetical), so we can assume they're listed in the order they're passed. Nearly 74 percent of CCIEs started with CCIE Routing and Switching. The second most frequent first certification is CCIE Security with 7.3 percent.

Here's a list of the exams most CCIEs passed first:

Here are the most common second CCIEs:

Here's the likelihood of earning a second CCIE based on your first exam:

Earning your CCIE is obviously a big accomplishment — both personally and professionally. It takes the average CCIE 2.3 times to pass the lab portion of the exam. So, you better believe that any connected professional will update their LinkedIn profile the moment they pass. For that reason, LinkedIn is an easy repository of self-reported CCIEs. However, it's also tough to vet the results.

Quite frankly, it's unlikely there are as many active CCIEs on LinkedIn as reported. If you're in a hiring position (or are just curious), you can verify the standing of any CCIE with their full name and CCIE number. Cisco also has an easy-to-access CCIE/CCDE Verification Tool.

As of January 9, 2019, a regular LinkedIn search returns about 53,049 people with the keyword "CCIE" in their profile. LinkedIn Sales Navigator has a slightly more robust search function and returns 55,416 results for "CCIE." With some boolean functions to remove recruiting services, human resources, CCIE candidates, and training services, Navigator search yields 51,281 results. Let's go with that.

Among these 51,281 CCIEs, LinkedIn provides further filtering for industry, location, and job function. Here's a look at those breakdowns.

Which industry has the most CCIEs?

Perhaps unsurprisingly, 95 percent of the 51,281 CCIEs work in IT, networking, telecommunications, or network security. The remaining five percent work in banking, healthcare, oil and energy, government, and education.

A quick spot check confirms that most of the industry-specific outliers have titles like CIO, senior network engineer, and solution architect. That's exactly what you'd expect, and leads into the next CCIE breakdown — seniority levels.

What seniority levels are most CCIEs?

More than 63 percent of CCIEs have senior, director, or manager positions. Surprisingly, LinkedIn classifies 28 percent of the 51,281 CCIEs as entry-level, which seems mighty odd.

Looking into the job titles of those 15,400 CCIEs in the entry-level category, they're mostly network or system engineers, which isn't entry level, but not necessarily management either. That's typical of a CCIE — or any expert-level certification. There's a certain point when most IT professionals decide whether they want to go deep or wide. There's no doubt that these 51,281 CCIEs have decided to go deep. Unless you count all the individuals with multiple CCIEs — they've somehow managed to do both.

The Real Question: How Many Active CCIEs Are There?

Like every IT certification, CCIE is subject to recertification. So, there are potentially thousands of inactive CCIEs out there. There also are suspended CCIEs who need to recertify. There are retired tracks like CCIE SNA/IP. Cisco undoubtedly retains those records, but they're not sharing.

Without a look at the Cisco database, we are estimating there are 59,373 CCIEs in the world — even if they're not active.