7 Best States to Get Hired as a Network Architect 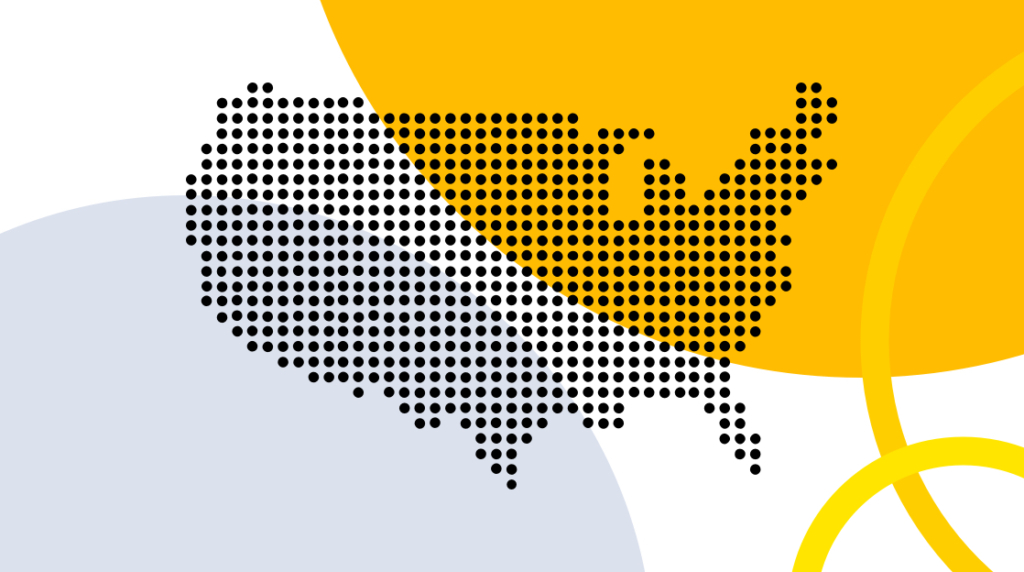 Just as with physical buildings, networks and computer systems begin with architects. An architect's job is to capture the organization's overall requirements, and then design a network that meets the company's needs. Because a system is designed to fit a business and not the other way around, architects should have quite a bit of business acumen and a detailed knowledge of the organizational structure of a company.

While engineers — the professionals that actually build and implement the systems designed by the architect — work primarily with the Chief Technical Officer, architects work hand in hand with the Chief Information Officer. A CIO looks inward to use technology and innovation to facilitate and improve how a business operates, and fulfilling that role is an architect's mission.

We crawled numerous job sites in the U.S. throughout 2019 to identify IT career trends, and the data we gathered was fascinating. Check out the tool we used, an interactive State of IT Jobs map, which we developed in-house.  When we identified the top twenty IT jobs in each state, architects only appeared on the list in nine of the 50 states, demonstrating a high level of concentration where these pros are found. Traditional powerhouses like New York and northern Virginia are understandable, but we'll outline the other seven states where network architects comprised a substantial portion of the IT workforce.

How a Network Architect Gets Their Start

Network architects are among the most highly qualified of all IT positions, with base requirements of a bachelor's degree in computer science, mathematics, physics, or engineering nearly an absolute necessity. It isn't uncommon at all to see a job posting requiring a master's degree, MBA, or even a Ph.D. The Bureau of Labor Statistics indicates that there are two and a half times as many systems administrators as network architects in the U.S., giving you an idea of how specialized these experts are.

This broad educational basis is sharpened with various certifications, and much of this is determined by how a particular organization operates. If your company has a network built on a Cisco architecture, pursuing that certification path until you earn Cisco Certified Architect is an excellent idea. Other organizations highly recommend that their architects become certified project management professionals due to the inherent nature of their job as a project manager. A third major flavor is continuing education in cybersecurity, with accreditations like the Certified Information Systems Security Professional (CISSP) holding a high value.

That varied set of suggestions might seem anything but helpful, but approaching it methodically will narrow your target. Remember that no architect walks into the job as a 22-year-old college graduate. They typically have five to 10 years of experience before they begin quarterbacking network design. Many companies prefer to cultivate architects from within or search externally for a specific set of requirements.

Identify the companies you might want to work for, research their preferences, and begin slowly and steadily working on certifications that add value to your career. Begin with a foundational security cert, like CISSP. As you start to manage people in your job, earn a PMP. Build on these as you progress in your career, and you'll find that you're continually setting yourself up for success in your next role.

Many network architects are found in NYC and outside of Washington, DC, which isn't surprising. However, we discovered concentrated pockets of architects in a few unexpected locations.

The iconic home of gambling and entertainment in the United States, Las Vegas is affectionately known as Sin City. Beyond a never-ending nightlife, however, what fuels the city is one of the world's most advanced systems of networks. From gaming tables that constantly coordinate with thousands of others in real-time to coordinate precise odds and payouts to facial recognition software that requires almost inconceivable computing power, the networks that drive Las Vegas are incredibly impressive.

It isn't a surprise that this metropolis dominates the tech landscape in the state, with more than three-quarters of the IT positions found there. The most common type of architect found in the city was a Splunk engineering architect, which is understandable considering the amount of machine-generated big data required to keep the casinos running. What's more fascinating is that this was the second most-commonly-advertised IT position in the state for 2019.

This desert state is home to a large number of technology companies, with a massive proportion of them being IT-centric. Some of the largest include GoDaddy, the largest internet domain registrar in the world; Benchmark, a venture capital firm that helped start up eBay and Uber; Carvana, a massive online used car retailer; and Infusionsoft, one of the nation's largest cloud-based email marketing and CRM platforms. As you can imagine, the networks required to drive these companies are robust and dynamic.

The balance among IT roles is a bit more centered in Arizona. Although the raw number of architectsrequired in this state was higher than in Nevada, they appeared at the midpoint of the list when it came to job type popularity. This is excellent news if you're an aspiring network architect but currently filling another role; Arizona offers the opportunity to start in another area and naturally develop into an architect position.

Most IT positions were concentrated in Phoenix, with more than five times as many jobs advertised there as the next highest location in the state. However, large numbers of tech roles were also found in Tucson, Scottsdale, Tempe, Chandler, and Mesa.

Architects are highly prized in this Great Plains state, and it's easy to see why. Home to Comcast and Century Link, some of the most robust communications networks in the United States are headquartered here. You'll also find cornerstone insurance and healthcare providers here, such as Kaiser Permanente, HealthONE, and Centura Health. Each of these businesses requires robust and evolving networks to facilitate the needs of their customers.

While Denver is the undisputed powerhouse of IT, substantial tech centers are also found in Colorado Springs, Aurora, Littleton, Englewood, and Boulder. The most common architectural specialty in the state is identity access management architecture, a network of technologies and policies that ensure only the right people in an enterprise have the appropriate access. This makes sense when you consider the number of Colorado-based businesses with networks that must align with HIPAA requirements.

This inclusion in our list might be a bit shocking. Connecticut isn't the first state you think of when you hear the word technology, but perhaps it should be. In 2018, the Brookings Institute released data-based rankings for the best cities in the country for tech jobs: Hartford came in number four on the list. A true grassroots story, that ranking isn't based on any individual unicorns, but rather a steady, consistent culture of tech incubation. Some of the industries investing heavily in this small New England state include insurance, finance, and healthcare.

Although Hartford was the obvious No. 1 on the city list for IT jobs, what's shocking was how thoroughly IT positions were disseminated throughout the rest of the state. For example, we found IT job ads in 32 different cities in Nevada in 2019, which is twenty times larger in area and has approximately the same population as its northeastern cousin. Conversely, IT positions for Connecticut were spread across an astonishing two hundred cities. There were only two percent fewer IT jobs advertised in Hartford alone than there were in the entire state of Nevada last year. The Provisions State might be small, but when it comes to IT careers, it packs a mighty punch.

For a state ranked sixth in the Union for hog production and an economy that ranks beer in its top ten industries, we've been a bit baffled that it keeps popping up on our lists of hidden IT gems. The most common type of architect in the Show Me State was an enterprise architect, which makes sense: highly centralized systems require large-scale architecture to support them.

Although dominated by a banking and financial system in Saint Louis and Missouri, it's easy to miss the wide base of the pyramid that comprises tech careers in this state. A full 87 percent of IT jobs were found in these two cities, but the other 13 percent were widely disseminated and spread over more than 750 additional locations.

Don't let this humble state deceive you. It's home to five Fortune 500 companies, including the sixth-largest corporation in the US: Berkshire Hathaway. Omaha is the smallest city in the US to have two major research hospitals: Creighton University Medical Center and the University of Nebraska Medical Center. The state is far from stagnant, either; tech jobs are projected to increase by 19 percent over the next decade.

IT is highly concentrated here, with nine out of every 10 tech positions found in the sixty-mile stretch between Lincoln and Omaha. This includes Offutt Air Force Base, a DoD facility dedicated to intelligence, surveillance, reconnaissance, electronic attack, and nuclear command and control. As you can imagine, its need for robust, well-designed networks maintained by a stable civilian workforce is substantial. Although architect positions are common, they're surrounded by a plethora of other information technology roles that support, facilitate, and lead toward a career in network architecture. This is an excellent starting or mid-level point for anyone in this career path.

The island state also has a significant government presence as a crucial Pacific hub for numerous types and sizes of networks. Its unique geographic constraints mean that architects have to consider combinations of satellite and fiber optics (via the TransPAC cable system) not seen elsewhere in the U.S.

A shocking number of IT positions are found in a state that's noticeably smaller than Maryland. The islands hosted more than 65,000 IT jobs in 2019, and architects provided a noticeable contribution. Network architect and enterprise architects were two of the fourteen most commonly advertised IT job titles.

Network architecture is one of the most stable, long-term careers in IT. It isn't uncommon for these professionals to spend years with the same employer, so knowing where you want to settle down is a critical aspect of that.

Once you've reviewed our list, check out the State of IT Jobs map. You can download a free report that will allow you to dial down into a specific location and discover a variety of information that will set you up for success.