VMware is a leading provider of virtualization software and services — and is renowned for its hypervisor technology. Because of VMware’s long-standing reputation, VMware training is a smart investment for a wide range of IT professionals from systems administrators to mobility administrators.

VMware certified professional (VCP) is the most popular of the three tiers. This level of certification was designed for experienced virtualization professionals who want to advance their knowledge in a particular technical specialty and suite of VMware products. 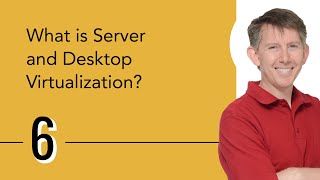 What is Server and Desktop Virtualization?

At first, virtualization can be a tough concept to understand. But a picture is worth a thousand words, right? CBT Nuggets trainer Jacob Moran uses diagrams to help explain several key virtualization technologies and devices. 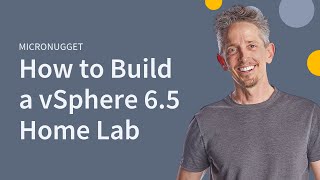 How to Build a vSphere 6.5 Home Lab | CBT Nuggets

In this recorded live webinar tutorial, CBT Nuggets trainer Keith Barker covers how to build a vSphere 6.5 home lab. Get your hands dirty with the latest product from a virtualization industry leader. Learn vSphere 6.5 insights, features and tips to help you train for success. 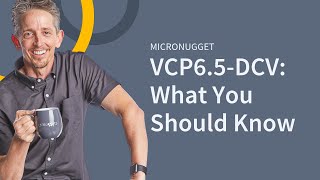 In this video, Keith Barker covers his vSphere video series. This is the introductory video to Keith's full series on how to use vSphere. Virtualization is a skill that's rapidly becoming more and more valuable in the IT world -- get introduced to it with this video.

CBT Nuggets VMware training includes embedded video quizzes to help learners engage in the content they are watching and retain the information they need to successfully use VMware technologies. CBT Nuggets subscriptions include access to unlimited IT certification practice exams, which include exams for popular VMware certification exams. 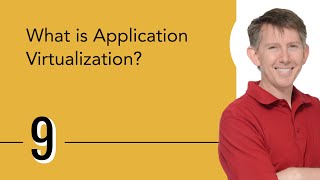 What is Application Virtualization?

Finding the balance between deploying systems quickly and safely on networks can be challenging. CBT Nuggets trainer Jacob Moran looks at one possible solution: Virtualizing networks themselves.

Get startedExplore options for IT teams