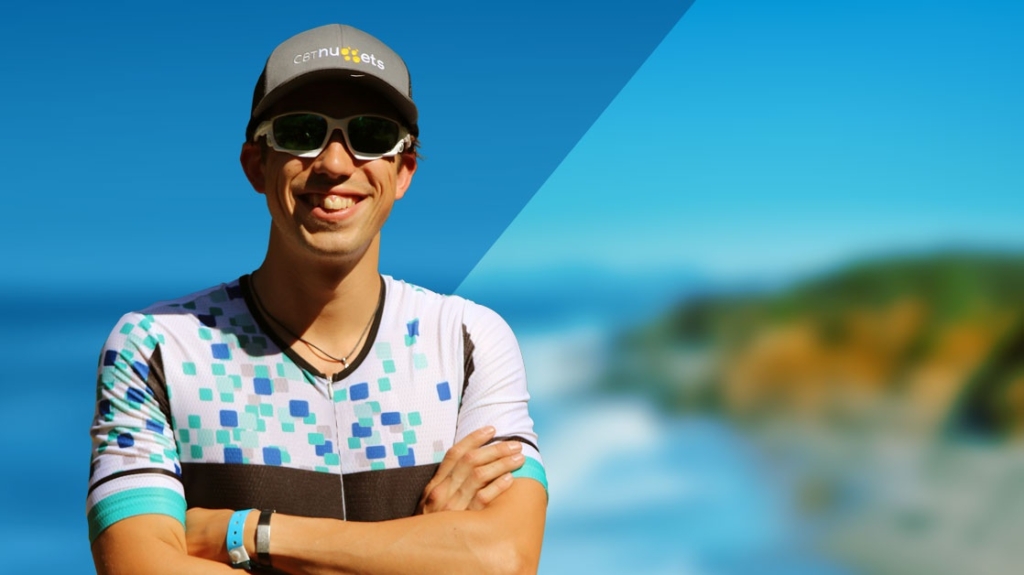 Sit in a room with Evan Pardi, and it's hard to believe he's among an elite group. He's quick to flash a smile and let out a hearty laugh. He seems way too relaxed for someone who will be competing on the world stage in mere weeks.

But the 22-year-old's easy-going nature masks a competitive fire that has elevated him among the top triathletes in the world. Triathlons are racing events during which participants swim, run, and bike. It's a grueling sport that requires intense discipline, strength, and endurance.

Let's take a minute to comprehend it all . . . Can you imagine biking 75 miles right after finishing a 2.5 mile swim? Or running 19 miles after that long bike ride? It's enough to make your body ache just reading it, right?

Just how good of a triathlete is Evan? In September, he'll be competing for Team USA in his second ITU World Triathlon Championships in Cozumel, Mexico. He placed 11th in his age group (20-24) at the 2014 world championships — and was the second-highest American finisher overall at the competition. He had an incredible finish at the USA Triathlon National Championships and has racked up a lot of gold medals at recent competitions in Oregon as he prepares for the world stage.

CBT Nuggets is proud to be along for the ride with Evan, literally. We're his title sponsor, and Evan will be adorned in CBT Nuggets apparel as he trains for, and eventually, competes at the championships.

We are supporting Evan because he embodies many core CBT Nuggets values, especially in regard to commitment and dedication toward conquering goals. For Evan, training isn't a matter of "if" but a matter of "when." That's the same mindset we want each and every one of our learners to have when it comes to their IT training.

And, if competing in and winning numerous triathlons isn't impressive already, Evan is a talented classical musician who will be pursuing a master's degree this fall in Double Bass Performance at Arizona State University. Talk about serious focus!

"The sense of achievement to conquer," Evan said. "I am addicted to battling through it all and challenging myself."

During the coming weeks we will share more about Evan, including his journey to becoming an elite triathlete, his training tips, and race updates. So, stay tuned to the blog!

For more information about Evan and his accomplishments, visit our Evan Pardi page.