Why Orgs Need IT Pros Who Know SDN

Admittedly, SDN is a powerful technological game-changer and companies should be eager to incorporate it into their processes. But that doesn’t mean everyone knows what it is, or that every company should make the transition from traditional networks tomorrow.

SDN has become a concept that means everything and nothing all at the same time. Organizations who want to get in at the ground floor with the newest available solutions are pushing for it, and IT professionals with training, understanding, and familiarity with SDN will only become more valuable as time passes. That being said, it’s a paradigm shift — complicated and potentially expensive. Professionals should understand SDN, what it could mean for their company, and how to make the transition when the time is right. 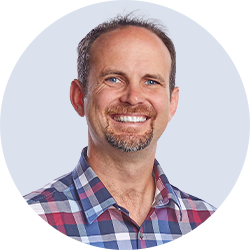 Shift your thinking about networks to understand SDN

SDN is formally defined by the Open Networking Foundation as physically separating the network control plane from the forwarding plane, then controlling several devices with that control plane. Hearing this, some might immediately assume that SDN just means a better network. When in reality, SDN should be treated as a solution to certain problems.

You should really think of SDN as a type of networking architecture – traditional (non/pre-SDN) carrier networks are characterized by the network control and forwarding planes existing simultaneously on each device within the network. Traditional network routers both determine where to send traffic, then enact those determinations, forwarding traffic. SDN decouples the hardware and software that do this and plunk the software into a central controller.

Networks are maintained by IT pros telling individual devices how to route traffic in predetermined paths. SDN does two things: It allows that work to be done by a central controller, but it also enables custom, novel network solutions, as needed. But it doesn’t eliminate humans, it’s not a fire-and-forget, one-size-fits-all solution.

Get onboard the SDN train

It might seem like SDN is popular now, but it’s recently hitting its stride. SDN has been the growing buzzword amongst IT teams and major data companies for about a decade. But now that major companies are signing on and realigning their networks, people are taking a closer look at this option.

And what companies see is attractive: SDN simplifies a variety of complex technologies and makes it much easier for IT teams to have more mobility, scalability, and control of their network. For massive organizations that need flexibility in how they control their network, directing traffic from a centralized location without worrying where specific servers or devices are connected could be a perfect solution.

Companies that field or host various apps, or different categories of traffic, can see huge gains from SDN because it negotiates and optimizes data flow based on both the type of request, as well as server load throughout the network. Network administrators have much more flexibility in controlling their network through SDN and are empowered to send services where they’re needed. It also requires major investments in modernization and changeover.

Figure out if your organization can benefit from SDN

SDN is young, and it largely sprang out of necessity. Data analysts with the International Data Corporation wrote that “Virtualization, cloud, mobility, and now the Internet of Things (IoT) have exposed the limitations of traditional network architectures and operational models.” SDN evolved to resolve those limitations for companies with particular needs.

Traditional carrier networks aren’t obsolete or useless. But they’re built with a pretty serious limitation: They were built to accommodate client-server applications running in non-virtualized environments. If your organization or applications aren’t meant for an interaction like that, or your network is becoming increasingly virtualized, migrating to an SDN architecture might be helpful. SDN reduces how much time your IT professionals spend managing devices, helps regulate the speed and reliability of networks that see highly fluctuating traffic, and helps minimize the damage human error can do to a network.

But if you’re not certain of this, the opportunity costs of SDN may outweigh payoffs.

SDN may not be the only way to administer a network today, but it won’t be much longer until it is. Many tech journalists and industry experts predict that SDN will be the standard for network architectures in the near future. As it stands, those who understand SDN right now have a distinct advantage in tech companies: they can advise or direct management toward the places SDN can solve their network issues.

Management and executive leadership are starting to want SDN. Your options are to either wait until they tell you to get trained or beat them to the punch and start learning about it now — become an expert and make yourself invaluable. You can be a part of the decisions that lead to your company integrating SDN architecture with the right training and tools.

In terms of data flow, network management, and security, SDN is a clear winner – and while opportunity costs can prevent it at first, eventually the equilibrium will shift and many companies will be playing catch up. The companies and professionals who familiarize themselves with SDN training will be able to adapt more easily — and more profitably.